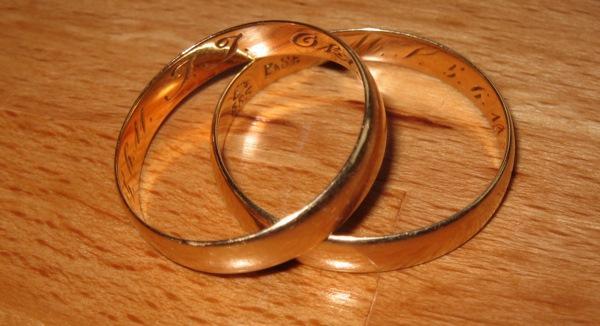 Earlier this week, Pope Francis issued two letters which initiated significant reforms to the marriage annulment process in the Catholic Church. Brendan Callaghan SJ situates these motu proprio letters in their pastoral context in order to think about their likely effects. What has – and has not – been changed, and why?

In setting in motion a dramatic reform of the processes by which a marriage is judged to be null, Pope Francis has not changed the traditional teachings of the Catholic Church concerning marriage and its indissolubility: what he has done is to take steps to make the annulment procedure faster and free, and to enable those involved in the process to respond more fully to the lived reality of today’s world. In doing this, he has also restored the traditional understanding of the role of the local bishop as pastor and judge in his diocese.

One way of thinking about nullity, which may appear fanciful but can be helpful, is by comparison with launching satellites: while the majority lift off from the launch pad and eventually settle into stable orbits, some never achieve escape velocity. Putting the same insight in a more sober manner, the qualities that need to be present for the Church to regard a marriage as ‘real’ are more demanding than those of civil society. A couple can be married in civil terms without ever achieving the depth and freedom of commitment that makes a marriage true in the eyes of the church community, the sort of commitment which is of itself indissoluble. A decree of nullity states that, for one reason or another, this particular relationship never fulfilled the necessary criteria to be understood by the Church as a true marriage.

What Pope Francis has done, in his two motu proprio letters (one dealing with the Western/Latin Church, the other with the Eastern Churches with their different structures and different church law), is to change what  is a cumbersome and expensive process, in which annulment procedures often drag on for many years, into one that can, under certain circumstances, deliver a judgement in a matter of a couple of months.

A number of key moves are involved:

a)      until now, any judgement of nullity had automatically to go to appeal: this is no longer the case, although the right of appeal remains (except where the appeal is judged to be no more than a delaying tactic);

b)      cases can be heard by a single judge rather than a trio of judges;

c)       in cases where both parties think that the marriage was null, and there is clear evidence supporting this, there can be a short process, ideally presided over by the bishop himself with the help of two assessors;

d)      the process will no longer require the parties to pay a fee or cover the costs of the procedures:  the obtaining of a decree of annulment  will be free.

The motu proprio letter dealing with the Western Church has as its title ‘The Lord Jesus, the Gentle Judge’. In his introduction, Pope Francis mentions that many bishops have been asking for more merciful ways of responding to those whose first marriages have broken down and he states:

The drive to reform has been fuelled by the enormous number of faithful who, while wishing to be at peace with their conscience, are too often separated from the legal structures of the Churches due to physical or moral distance; charity and mercy therefore require that the same Church, as a mother, [to] be closer to her children who consider themselves separated.

The context for this reform, then, is the pastoral care of God’s people. The new processes should put an end to the long periods of uncertainty endured by many Catholics as their cases were dealt with, and should encourage more people to take the path of annulment rather than simply walk away from the Church. In the press conference at which these letters of Pope Francis were presented, reference was made to the desire of many Catholics, ‘to perfect a new bond which, unlike the first, is stable and happy.’ The language is a long way from that of ‘living in adultery’: what is involved here is a pathway to fuller integration and communion with the people of God.

Two additional observations are to the point. First, as already noted, the motu proprio explicitly restores to the bishop of the local diocese the role of judge as well as pastor, making more clear the rights and duties that belong to the local bishop in his own right.

Second, in the presentation of the letters, it was suggested that the effective ignorance among many Catholics of how the Church regards marriage could itself constitute grounds for nullity, in that it makes impossible a truly free consent to a sacramental marriage. This does not open up new reasons to support a decree of nullity, since absence of true consent has always been recognised as ground for nullity; but the language of the letters and their presentation seems to offer a freshly realistic assessment of the settings in which some marriages come into being, and of the consequences in terms of necessary commitment.

So what has Pope Francis done? He has put in place structures and procedures that will help members of the Church achieve a more merciful and compassionate judgement on their former marriage; reaffirmed the role of the bishop in his diocese; and raised the major pastoral question of the consequences of widespread effective ignorance of the Church’s understanding of marriage. In doing so, he has undoubtedly offered encouragement to many, but discomfited many also.