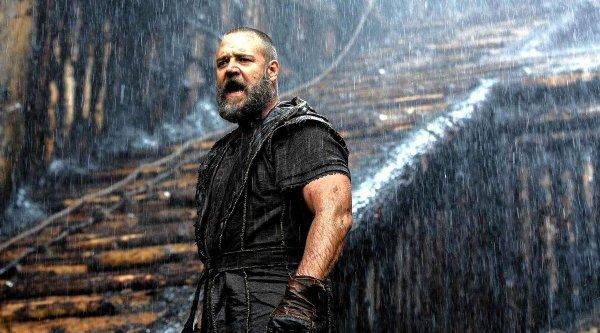 Every once in a while, a film is released that is so agonisingly ridiculous that one leaves the cinema wondering how such a project could have made it so far.  With its wacky theology, its lack of imagination and its contempt for attention to detail, Noah is every inch that movie.  For anyone hoping for an inspired retelling of the flood narrative with some creative insight, or a biblical blockbuster to rival the impact of classics such as The Ten Commandments, this film is sure to be a huge disappointment.  The greatest benefit for the thinking Christian is that, in its very ridiculousness, this film demonstrates the importance of an understanding of scripture that is rooted in a sound theological tradition.  Noah shows how stories and characters from the Bible can be warped out of recognition by a shallow culture which finds itself adrift in unbelief.

What is so perplexing about the movie is that director and creator Darren Aronofsky seems to have approached the project not by taking the story and finding its potential, but by deciding first what kind of movie he wanted to create and then plugging in a few details to make it resemble the account in the Book of Genesis.  This has resulted in a film which has little originality and reflects all of the worst post-apocalyptic, dystopian and fantasy movies that have disgraced the silver screen.  Noah the action hero is not a very credible figure, even if he is played by Russell Crowe.  Joshua or Samson would have fit the bill more easily; or, if it was conflict he wanted, Aronofsky could have turned to David and Saul.

There is much in this poorly conceived action film that is very much at odds with Christian tradition.  One such detail comes in the form of the fallen angels or ‘watchers’, gigantic monsters made of stone but with an inner fire – rather pathetic versions of the pyroviles from Doctor Who.  We are told that in the beginning, when man sinned and was thrown out of the Garden, some angels took pity and descended to Earth in order to help Adam and Eve.  The Creator punished the great disobedience of these fallen angels by turning them to stone. Man then turned on these fallen angels and killed most of them; those who remain were defended by Methuselah, who saved them by using a flaming sword to obliterate a whole army.  Now they help Noah build the Ark and defend it against the angry hordes that swarm it as soon as the rain starts.

The human side of the story is no better, with characters that lack any real depth or credibility.  There is the odd hint that man’s wickedness – which is manifested mainly in heedless killing (presumably because, apart from Noah’s family, they are all descendants of Cain) and a taste for meat – has caused him to ravage the Earth. This theme may have been an attempt at modern relevance, and might have prompted the viewer to reflect on the current state of our planet if only it had been used to greater effect.  Noah alone seems to have found favour with the Creator because of his vegetarianism.  He has a reverence for the lives of the animals and plants around him; but he is a man of contradiction because, while he teaches his sons not to pick flowers, he has no compunction about killing his fellow man.  And, for someone who has spent most of his life in isolation, he has developed formidable martial skill.

There is the occasional glimmer of thought: for example, when Noah reminds Ham that the Creator has provided everything they need, or when Shem’s wife wonders why she should be chosen to survive the flood when she is barren.  But Aronofsky’s perception of the world and of faith is too rooted in the concrete: to anyone who has felt God’s presence and heard His call, and also experienced those agonising periods of doubt and dryness, the depiction of faith in Noah seems superficial and has little to connect it with real human experience.  There is little sense that any of the characters really understand what they are talking about when they speak of ‘the Creator’, and no clear indication that this Creator is supposed to be a supreme being.  Considering that he refers constantly to the will of the Creator, Noah exhibits an excessive amount of confidence in his own abilities and powers of comprehension, and in his own righteousness.

Only in one case does Aronofsky make a genuine effort to resolve a thorny issue, but without the benefit of good theological guidance the film struggles to cope with the problem at hand.  The wickedness of man causes the Creator to destroy Creation, but Noah’s righteousness appeals to the merciful nature of the Creator, who relents and saves one human family and a selection of animals.  The perplexing thing is that man’s wickedness does not end with the flood but carries on in Noah’s descendants, in all of us, so seemingly the mission has not been accomplished.  If you have seen the film, you know how Aronofsky deals with this; if you have not, then I will leave you to make that discovery for yourself.  This failed attempt to grapple with a difficult question emphasises the importance of approaching the Bible within the context of faith and tradition and taking it as a whole rather than piecemeal.  This story gains its meaning for Christians within a larger framework of God’s love and mercy towards man, culminating in our redemption through the death and resurrection of His Son: the new covenant is prefigured in the covenant with Noah, of which there is no mention in this film.  Without a wider context, the film gets caught up in trying to address this knotty problem and ultimately founders.

Noah makes one thing abundantly clear: as Christians, we cannot accept that biblical narratives are just stories to be interpreted at will by all and sundry.  They have a more profound meaning, and our understanding of the Old Testament is predicated on our acceptance of the New.  If this film has any positive value, it is to demonstrate to us – perhaps more so than any effective rendering of a biblical story would have done – the importance of theological tradition.