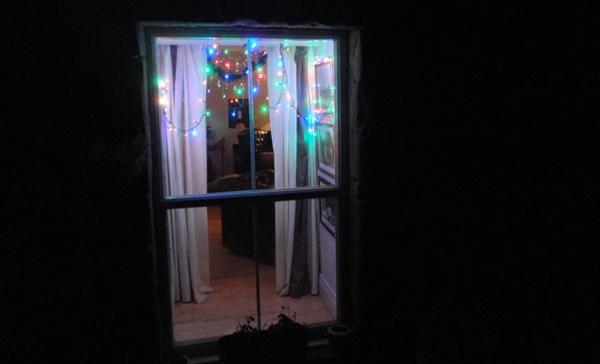 The first of the O Antiphons, O Sapientia, summons Wisdom from the throne of God: Wisdom, who orders and guides all of creation with a strong sweetness, and who shows us the path of knowledge which is salvation.

This divine power is referenced in several Old Testament passages: Wisdom 8:1; in Isaiah 11:2-3 and 28:29; and in the extended hymn to wisdom in Proverbs 8:1-36. Though this is the only feminine title among the O Antiphons, it is applied to Christ, just like the others. The most important ‘wisdom’ text in the New Testament, proclaimed on Christmas morning, is John’s Prologue, his version of the nativity story. But John 1:1-18 is intriguingly different from the other passages. We have the same assertion of God’s creative power, giving light and life to all things, though here it is called not wisdom but the logos, the Word which was ‘with God’ from the beginning and ‘was God’. But this is not simply a celebratory hymn about a smoothly ordered and harmonious creation. John’s poem contains moments of discord or interruption. Firstly, verse 5 stresses the antagonism between the darkness and the light; secondly, in verses 6-8 and 15, we have the very incongruous appearance of a wild, smelly man, dressed in camel hair. Thirdly, in verses 10-11, ‘the world neither recognised nor received him’ – a coded reference to Christ’s Passion.

I would like to illustrate the depth of our world’s need for the wisdom of this antiphon by using the suggestion in the introductory reflection for this series of a secular analogy to Advent in the Danish festive spirit of hygge. This is the ‘fad-phenomenon’ hitting the lifestyle consumer markets, as the fashion editor of The Guardian recently noted. Hygge – pronounced ‘hou-gir’, apparently – is variously defined as coziness, comfort, ‘a state of being at peace with yourself, your spouse the tax authorities and your organs’. The Guardian article recommends this as ‘a soothing balm for the traumas of 2016’.

The idea of a healing balm has its classic biblical resonance in Luke’s Good Samaritan, applying ointment to the wounds of the wayside victim. It accords also with the pastoral theology of Pope Francis, who calls us to remember that sometimes the Church is required to act as a field hospital, tending the seriously wounded:

Although she constantly holds up the call to perfection and asks for a fuller response to God, the Church must accompany with attention and care the weakest of her children, who show signs of a wounded and troubled love, by restoring in them hope and confidence, like the beacon of a lighthouse in a port or a torch carried among the people to enlighten those who have lost their way or who are in the midst of a storm. Let us not forget that the Church’s task is often like that of a field hospital. (Amoris Laetitia, §291)

What kind of trauma, and therefore what kind of healing, are we talking about? We should note the political dimension of this rich season, especially in this year of disaster. Our political existence feels fragile and diminished. The United States motto, e pluribus unus – ‘out of many, one’ – is meant to describe the alchemy of different factions being drawn together into political unison. But in this dismal year politics has been a traumatic, not a healing or uniting experience.

We ache for the strong sweetness of good governance. Advent is preceded by the feast of Christ the King: the perfect ruler, whose reign of wisdom and peace shows up the inadequacy of all human regimes, no matter how benign or enlightened. Perhaps in 2016 we are aware more than ever of how far our systems fall short, and we yearn even more strongly for shalom, for the blissful experience of being governed well.

‘Lead us in the path of knowledge’. The prudence of the ‘true’ way of salvation presupposes discernment. According to the Slovenian philosopher Slavoj Žižek, two dangerously false religious pathways are set before us in the late-capitalist era. On the one hand we have the self-therapeutic, ‘new-age’ appropriation of religion, (think of Classic FM-type injunctions to listen to Gregorian chant while enjoying a candlelit foam bath). Transcendence is purely self-referential, nicely summed up in a slogan seen recently in a London shop: ‘Your Christmas, your rules!’ On the other hand, notes Žižek, the quasi-religious transcendence of fascism and nationalism is as fascinating and dangerously strong as ever.

Faced with this unappetising choice, says the atheist Žižek, ‘perhaps it is better to stick to the logic of the Judeo-Christian tradition’.

This logic is prepared, firstly, to look beyond the horizon of our own needs and experiences (not ‘my rules’ after all!) and secondly, to recognise that committing to God may involve a painful (traumatic!) decoupling from established patterns of kinship and belonging, whether tribal or national, a hating of fathers and mothers. We see this in the ministry and teaching of Jesus and Paul, but before that in the transformation of the Israelites exiled in Babylon, who learnt that the God they were to worship was not a (defeated) tribal deity, but the Lord of the entire created order. Thanks to the teachings of their great prophets, including the wonderful visionary in the second part of the Book of Isaiah, they were able to begin healing after the trauma of defeat, destruction and exile. Yearning for restoration becomes grounded hope when they realise that God is immeasurably more powerful than they had previously thought.

But for this to happen the deceptive consolations of idolatrous notions of God had to be renounced. We noted Žižek’s stark alternatives: the temptation of nationalistic resentment and fearfulness dressed up as religious feeling, and the self-massaging culture of immanent well-being. Perhaps the first is more dramatically dangerous, but the second is less easy to challenge because it is enticing and apparently benign. As we have seen, hygge is being robustly promoted as a positive resource for human flourishing. The London Evening Standard of 14 November echoes the enthusiasm of the earlier Guardian piece, with their correspondent telling us that ‘Hygge is essentially about collecting moments that make you happy’. This, apparently, is what helps to make Denmark one of the happiest nations in the world (a rather implausible claim).

This fad will pass soon enough, but the flaws in the argument warrant attention nonetheless. How would these values and the vision behind them be embedded in, say, British culture? True, such a borrowing might enable us as a culture to finally kick our Christmas nostalgia – Philip Larkin refers to ‘Christmas addicts, randy for antique’. We could finally admit that in fact it is the snuggling-up which we want, and we’d rather have it without the uncomfortable tidings of a Saviour who is born for us. But I doubt it will be all that easy to kick our embarrassing need for nativity plays with all the trimmings. Could it be that love, peace and harmony etc., don’t count, cannot really satisfy, unless they are received as gift?

But the main reason why hygge is a false life philosophy is evident in Žižek’s alternatives – ‘religion’ as self-therapy, and ‘religion’ as the assertion of fascistic or nationalist identity. These may look like alternatives, one of which is attractive, the other nasty; but what if they are precisely sides of the same coin? We can’t all emigrate to Denmark to participate first-hand in the hygge – and surely that is the point. The reality of mass-migration is the political challenge of our age. It is reshaping our politics, drastically. Huge numbers of the world’s population are determined not to remain excluded from basic living conditions of safety and prosperity.

But the delights of hygge, like all liberal joys, can only be shared by a minority. As the excluded press forward and press in, it is clear that the sauna is not big enough. Coziness under threat turns into fearful defensiveness and exclusion – in Denmark, as elsewhere. The correspondent in the Evening Standard uses a revealing image of a Copenhagen pub as ‘the all-embracing cave’. In Plato, the ‘cave’ is the metaphor of deceived existence, where people watch the shadows, unaware that true reality, the sun, is only to be found outside.

The logic of the Jewish and Christian traditions, to which Žižek appeals, is a strong wisdom because it shows an inner connection between different life options which the liberal imagination would prefer to think of as complete alternatives. As the song goes, it’s a thin line between love and hate. The warmth of a good fire is a source of delight to those gathered round it, but a catalyst of resentful frustration in those kept at a distance. Our political elites, it is alleged, have ignored this equation for too long, and now we are paying the price. Only the Wisdom for which this first antiphon cries out can be the balm for this deep a trauma.

The prologue to John’s Gospel reminds us that the Wisdom of God came into the world and opened up the path to salvation, but nevertheless brought division. The world’s darkness sought to smother the Light – by crucifying Him. God’s governance is indeed gentle and strong, but our refusal is also real. In the middle of the beautiful cadences of the glorious cosmic hymn appears the dramatic, smelly figure of the prophet. The Baptist – his message, his fate – are a down-to-earth political warning. All is – seriously – not well with the world. Something is rotten (and not just in Denmark). A decent life-philosophy, of whatever origin and however seductive, should alert us to at least this.

Michael Kirwan SJ lectures in Theology at Heythrop College, University of London, and is Director of the Heythrop Institute for Religion and Society.