Skip to main content
Photo by [email protected] at flickr.com 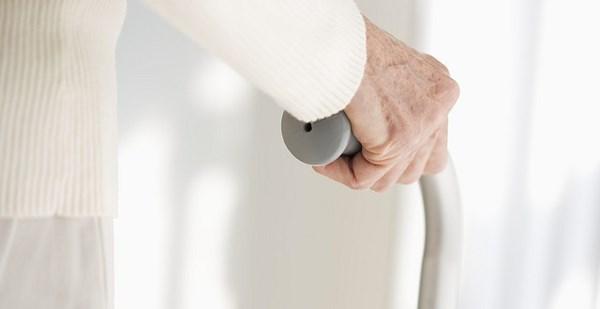 This week, the UK’s political parties are launching their manifestos for the 2015 General Election, so voters now have the opportunity to scrutinise their policies. Angela Kitching explores one policy area in particular that can be analysed through the lens of Catholic Social Teaching: what are the principles and calls to action that can inform our judgment of policies on adult social care?

Always in the news and usually for the wrong reasons, adult social care in the UK is going to be one of the serious policy issues that any new government must face. Recently we read that 70,000 older people are not getting the support they need, either from friends and family or from paid services, to get out of bed, go to the toilet or keep themselves fed.[i] In Nottingham, staff and managers of a care home have been charged with manslaughter and gross negligence over the death of a resident.[ii] Additionally, discussions of NHS Accident and Emergency waiting times have frequently and rightly referenced the growing pressures of an ageing population, and inadequate social care services to allow people to leave hospital with enough support to continue their improvement.

Any politician claiming to represent the interests of the country will have to face up to the difficulties and failings in the current social care system. It is a policy area ripe for a radical rethink; Catholic Social Teaching can provide some pointers.

The Catechism of the Catholic Church gives three functions of Catholic Social Teaching: it

It is clear that in order to build a successful social care system, any policy proposed must respect the human dignity of the recipients of the care provided. The Catechism says:

Respect for the human person entails respect for the rights that flow from his dignity as a creature. These rights are prior to society and must be recognized by it. They are the basis of the moral legitimacy of every authority: by flouting them, or refusing to recognize them in its positive legislation, a society undermines its own moral legitimacy.[iv]

So as we reflect on social care policy, it is not only the dignity of the recipient that we must consider, but also the morality of our society if we are prepared to tolerate undignified care.

Currently social care is underfunded and, due to rising demands, overstretched. The abuse scandals of Winterbourne View, where care staff were free to create a culture of abuse and neglect towards people with learning disabilities[v], or the appalling cases of abuse of older people highlighted by the BBC’s Panorama programme in 2014[vi], are symptomatic of individual callousness but also of systemic moral decay. We should test any proposals for reform against a fundamental principle that will assess whether such proposals will lead to improvements in the quality of social care: will people be treated in a more dignified manner as a result of the change?

This central precept of care reform must stand above all other concerns, but we would be mad to ignore the pressure put on the social care system by increasing numbers of people accessing its services. Our society is ageing and many people with complex disabilities are now surviving childhood. Both of these facts are cause for celebration; they are also new responsibilities for our society to face. Family carers are still the main providers of personal social care services: this means than an unpaid army (predominantly women and many older men) currently bear the brunt of a major societal change. It is not the case that the state has in the past provided this care and is now withdrawing its services (although massive cuts to local authority budgets are certainly playing their part in tightening access to social care); it is rather that we face a new challenge and, as yet, we have not adapted. So another principle of Catholic Social Teaching that we must be alert to in testing new policy proposals is solidarity.

…is not a feeling of vague compassion or shallow distress at the misfortunes of so many people, both near and far. On the contrary, it is a firm and persevering determination to commit oneself to the common good; that is to say, to the good of all and of each individual, because we are all really responsible for all.[vii]

If we are truly to live in solidarity with people receiving social care, their carers (paid and unpaid) and their families, then we have to revise how we think about the role of the state in the provision of social care. We must support people to support themselves but not, as now, leave people to face alone the social care consequences of a diagnosis of a disease such as Alzheimer’s.

The Care Act 2014, which came into effect on 1 April 2015, goes some way to enshrining rights to assessment and information for carers and family members as well as recipients of social care. But how these rights will be enacted and services organised, or how overstretched councils are going to meet these new duties, is yet to be seen.

The test of solidarity brings in the very tricky question of funding for social care. Currently individuals and their families carry too much of the financial risk presented by long term social care. The Dilnot Commission on social care did its work under the coalition government and decided that a cap of £72,000 should be applied to the eligible social care costs of any individual.[viii] The cap excludes costs such as accommodation or food. The way the cap will work is fiendishly complex and it remains to be seen how easily it can be applied; new assessment elements of it are being introduced this month. But the main thrust of Dilnot’s work, which must not be lost in further reforms, is that any individual social care recipient should not carry unlimited financial liability for their own social care costs. Surely, as with healthcare, there should be a point at which an individual’s own misfortune to need care for so long should be borne in part by wider society.

That the burden of social care funding lies mainly with younger, tax-paying generations is also something we must consider with a view to solidarity. The idea of intergenerational conflict over the issue of social care costs is wildly exaggerated.[ix] No one wants to see their own grandparents treated badly by the current system or their own grandchildren crippled by an over-large tax burden to pay for social care. But as the fracas over the Labour Party’s ‘Death Tax’ – a proposal that an element of social care funding could be recovered from an individual’s estate once they had died – demonstrated at the last General Election, the question of funding social care using a wealthy individual’s assets is fraught with political danger. Such policies feel unfair to people who have saved or paid off their mortgage. However, intragenerational financial inequality remains very high: there are still 1.6 million older people living in poverty in the UK, whilst over-65s are the second largest group of people living in households with wealth of over £500,000.[x] So clearly some exchange of assets between the richest and poorest older people must form part of a policy which is underpinned by the idea of solidarity.

Finally, the conditions of labour for those who provide social care should be at the forefront of our mind when we test new policies. This should be underpinned by the idea of dignity in work, a longstanding principle of Catholic Social Teaching. As recent employment tribunal cases have shown, care workers are routinely paid less than the minimum wage by their employers.[xi] Such is the financial pressure on councils that it is estimated that many pay less per hour for their social care contracts than would allow the private providers of these contracts to pay their staff adequately. Staff are often only paid for the hours in a client’s home rather than for their travel time to reach that home. It is little wonder that care staff are not able to provide adequate and dignified care in these circumstances. Social care reforms proposed by political parties must establish a fair balance between the worker and the employer, and provide a just wage; a principle recognised in Rerum Novarum in 1891.[xii] The working conditions, regulation and training of social care staff leave much to be desired; improving these is one of the essential building blocks for improving care.

Social care is a very difficult area of social policy to reform. On one hand, the key aims are clear: to achieve dignified social care provision through improvements in the quality of care. On the other, the financing of these reforms is an enormous challenge. Ensuring that the financial framework of any policy proposal is in place and reflects the idea of solidarity between individual social care users and wider society is a vital test. And improving the position of the social care workforce is an important additional consideration.

The Bishops’ Conference of England and Wales suggest that the common good is, ‘like a multiplication sum, where if any one number is zero then the total is always zero. If anyone is left out and deprived of what is essential, then the common good has been betrayed.’[xiii] Social care policies should aspire to meet the test of this sum, and in the next Parliament we should hold the new government’s feet to the fire to ensure our country’s moral worth is not undermined by inadequate and undignified social care provision.

Angela Kitching is the Head of Public Affairs at Age UK but is writing in a personal capacity.

[v] For a summary of the case, see: Department of Health, ‘Winterbourne View: Summary of the Government response’ (2012), http://www.nhs.uk/CarersDirect/guide/practicalsupport/Documents/Winterbourne%20View%20Summary%20Document%20final%2010.12.12.pdf

[x] The share of the population in Great Britain living in households with total household wealth greater than £500,000 is 20% for 0-15 year olds, 17% for 25-44 year olds, 43% for 45-64 year olds and 31% for adults aged 65 or over. (Office for National Statistics, Total Household Wealth by Region and Age Group, http://www.ons.gov.uk/ons/rel/regional-trends/regional-economic-analysis/wealth-by-age-group-and-region--june-2013/rep-total-household-wealth-by-region-and-age-group.html)