Skip to main content
Photo by Aaron Burden on Unsplash 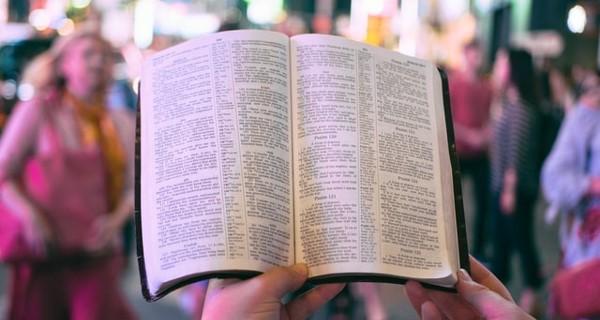 Following his survey of the direction that theology has been called to take since Vatican II, Cardinal Michael Czerny SJ proposes how such a course is to be followed. Inviting theologians to an ever more open and inclusive dialogue will, he says, bring about renewal by nurturing a theology that is guided by and at the service of the Holy Spirit.

Attention and dialogue among disciplines

Attention and courage are hermeneutical keys helping theology to be welcoming: ‘to develop a sincere dialogue with social and civil institutions, with university and research centers, with religious leaders and with all women and men of good will, for the construction in peace of an inclusive and fraternal society, and also for the care of creation.’[1]

What demands do attention and courage make on a theologian’s habits and praxis? ‘A theology of welcoming which, as a method of interpreting reality, adopts discernment and sincere dialogue, requires theologians who know how to work together and in an interdisciplinary way, overcoming individualism in intellectual work.’[2] Rather than ecclesiastical faculties bent on preserving identities of long standing, these faculties need to be capable of launching specialised research efforts that enrich the Church by facilitating the exchange between different cultural identities and exploring new paths of encounter with reality and the present time.

All this requires attention and courage. We – the producers and explorers, the students and users of theology – also need to be attentive and courageous so as to integrate ‘the vital intellectual principle of the unity in difference of knowledge and respect for its multiple, correlated and convergent expressions.’ (Veritatis gaudium, [VG] §4c)

It is also complex. Students first take on a multi-disciplinary mode, discovering what different disciplines say about an issue. Next comes an inter-disciplinary mode: it connects the different disciplines around an area of inquiry related to a specific problem. The most robust mode can be called cross-disciplinary, trans-disciplinary, or systemic: it means being able to host in my discipline the notions and ways of thinking elaborated by another discipline. ‘Hosting’ means bringing into one’s ‘home’ these different fields and perspectives, to the point that my ‘home’ changes and grows. At the same time, taking care not to extrapolate and impose the point of view of one’s own discipline, imposing it on the other: true dialogue is an exchange, and it will lead to development and change.

This epistemology of complexity benefits from another key principle of Pope Francis, that ‘the whole is greater than the part, but it is also greater than the sum of its parts.’ (Evangelii gaudium [EG] §235) To this he adds the suggestive image of ‘the polyhedron, which reflects the convergence of all its parts, each of which preserves its distinctiveness.’ (EG §236) We find these at work in Laudato si’ (LS) with its ‘conviction that everything in the world is connected’ (LS §16) and ‘all creatures are connected’ (LS §42).

Laudato si’ is a great essay in trans-disciplinary thinking and in ‘dialogue with all people’ (LS §3). It warns that ‘the fragmentation of knowledge and the isolation of bits of information can actually become a form of ignorance, unless they are integrated into a broader vision of reality.’ (LS §138)

To sum up how Veritatis gaudium can henceforth orient ecclesiastical studies: ‘the vital intellectual principle of the unity in difference of knowledge and respect for its multiple, correlated and convergent expressions’ is what should distinguish ‘the academic, formative and research approach of the system of ecclesiastical studies, on the level of both content and method’ (VG, §4c). Intrinsically plural, because reality is plural; God’s people are diverse, plural; and the Church as catholic should embrace them all with all their variety!

Dialogue within the faculty or university and networking

Laudato si’ and Fratelli tutti (FT) say that ‘everything is interconnected’ (LS §70, FT §34), and networking is how we establish and explore connections. This is indispensable in the ever more interdependent world, and so the problematics of theology and the catholicity of the Church require it: ‘Theology must doubtless be rooted and grounded in sacred Scripture and in the living tradition, but for this very reason it must simultaneously accompany cultural and social processes’ (VG §4d). Francis’s polyhedron pertains here: to grasp a sphere, an individual suffices; but to appreciate reality as a polyhedron requires networking.

How does this apply to theological faculties and ecclesiastical universities? Their work ‘contributes to the building of a just and fraternal society, in which the care of creation and the building of peace are the result of collaboration between civil, ecclesial and interreligious institutions.’[3] Here with Pope Francis our gaze turns towards beleaguered humanity: ‘The questions of our people, their suffering, their battles, their dreams, their trials, their worries possess an interpretational value that we cannot ignore if we want to take the principle of the incarnation seriously. Their wondering helps us to wonder ourselves, their questions question us.[4] This is ‘how to escape the self-referential, competitive and, in fact, blinding logics that often exist, [concealed], even in our own academic institutions and … theological schools.’[5]

Instead, theological faculties need to take up the many surrounding opportunities for professors and students to enter into ‘dialogue among themselves for the sake of protecting nature, defending the poor, and building networks of respect and fraternity.’ (LS §201) These should aim, not at syncretism or interdisciplinary warfare, but at ‘a resolution which takes place on a higher plane and preserves what is valid and useful on both sides.’[6]

Theology, says Francis, ‘must be in tune with the Spirit of the Risen Jesus, with his freedom to travel the world and reach the peripheries, even those of thought. … The great theological syntheses of the past are mines of theological wisdom, but they cannot be applied mechanically to current questions.’[7] That is the nuanced conception of a ‘unified and organic vision of knowledge’[8] which Christian thought is now challenged to develop. For ‘until very recently Christianity has been perceived to be a European and North American religion and identified almost exclusively with Western civilization. Conversely, at the turn of this new millennium, Christianity is not only predominantly a non-Western religion, but also vastly pluralistic and diverse. Whether [or not] we are ready to acknowledge it, there is a major shift in the epicenter of Christianity, and the future of Christianity seems to lie not in the West but rather in the non-Western parts of the globe.’[9]

Renewing theology from within

At San Luigi in Naples, Pope Francis addressed the professors as ‘spiritual ethnographers of people’s souls,’ and he invited them to be ‘always docile to the signs and actions of the Risen Lord and his Spirit of peace …, without a spirit of conquest, without a desire to proselytize – which is baneful! – and without an aggressive intent to disprove the other.’[10] How does docility to the Spirit realise dialogue from within for the renewal of theology?

Renewing theology as dialogue from within requires docility to the Spirit so that dialogue can take place in all the necessary withins: from within people’s worlds and cultures, especially the peripheries; within the Church and its histories, especially Vatican II; within different religious traditions; and within the theologian as believer and professor or student, whether contemplating, researching, teaching, studying or serving pastorally.

A theology is docile to the action of the Spirit and authentically ‘catholic’ when it can allow itself to be accommodated by the thought of its interlocutors, renouncing subterfuges for avoiding or misrepresenting the truth. Can I let others take my idea on board without insisting that they think like I do? Can I, at the same time, bracket who I am and what I think, in order to make room for the other in my corner of the polyhedron? This reciprocity of hosting others and allowing others to host us bespeaks a dialogical and fraternal attitude: seeking the truth together, without claiming to dominate it. It flourishes in the oxygen of debate, which can make our minds sharper, more intuitive. But the reverse is also true, as in Augustine’s latitudo cordis, breadth of heart. Believing reflection – theology – achieves its purpose when it opens the mind in the direction of the heart, that is, it makes one more willing to welcome and love, to be big-hearted towards our neighbour.

Opening one’s mind to the heart and to dialogue with others with different perspectives places theological reflection at the centre of the person, where we are unique individuals, social and open to the transcendent. Truth, in this sphere, is ‘affective’: it integrates mind, sensitivity, freedom and feelings. It integrates them in time, which is superior to the reduced space of the merely intellectual, that truth that deals with abstract concepts. Including affection requires time both to experience it and to express it; hence the truth gets exposed ‘narratively’. This synthesis, in those who study, is aided and enlightened by authors who ‘dialogue’ with others in their search for truth. As Balthasar says: the criterion by which a truth is true is its openness to further truths.[11] And Pope Francis speaks of Romano Guardini’s ‘incomplete thought’, which is always open to more truths.

Such theology is docile to the Spirit because it dialogues with its expanding life context. It loves those it meets on the pathways of thought, it reflects on those it meets on pastoral pathways of service. This will be an exciting and thrilling adventure for those who dare to set out and chart new courses. Like the explorers of the past who pushed beyond familiar waters, today’s theologians need to possess an untamed passion for the Kingdom, one that pushes them out of their comfort zones and urges them to trespass outside of safe perimeters.

This, then, is what we wish for our faculties of theology. May they be places where differences are lived out in friendship; where a theology of welcome and dialogue is practiced attentively and courageously; where theological knowledge is experienced according to the polyhedric model, rather than a uniform and disembodied sphere; and where theological research promotes a stimulating and compelling process of inculturation.

Let theology, in the words of Pope Francis, take: ‘an approach that enters into dialogue with others “from within”, with their cultures, their histories, their different religious traditions; an approach that, in keeping with the Gospel, also includes witnessing to the point of sacrificing one’s own life’.[12]

This text is adapted from the Chancellor’s Lecture delivered at Regis College at the University of Toronto on 19 November 2021 and first published by La Civiltà Cattolica 4120 (19 Feb/5 Mar 2022). For valuable assistance in drafting and editing, the author thanks Fr Christian Barone (Sicily) and Mr Robert Czerny (Ottawa).

[9] Peter Vethanayagamony, ‘Mission from the Rest to the West,’ in Mission After Christendom: Emergent Themes in Contemporary Mission, Westminster John Knox, 2010, p.59.