Skip to main content
Photo by Yann Dromeaud at flickr.com 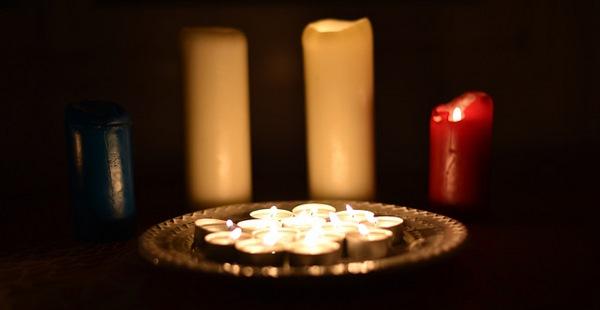 Advent prepares us to be the recipients of a divine generosity, which, as recent events around the world have demonstrated all too well, is so often lacking in our ‘contemporary world of short-termist politics, terror and fear.’  Revd Dr Yazid Said hopes that the eternal gift of God in Jesus will challenge us to transform society and the relationships that define it.

The former Archbishop of Canterbury, Dr. Rowan Williams, after one of his visits to Bethlehem around Christmas time almost 10 years ago, returned to Britain and preached at Christmas about how the poorest deserve the best. Christmas is when Christians celebrate how God reveals to us that, we, who are indeed the poorest, deserve the best – that is, the gift of Himself that draws us eternally to Him.

As we begin this season of Advent, this eternal gift of God in Jesus to our contemporary world of short-termist politics, terror and fear, remains important if we are to be challenged to transform the terms of political relationships beyond constant resentment and the politics of revenge. Indeed, the politics of the contemporary world fit all too well with the politics of the New Testament story. When the Truth and the Goodness of God appears among us, we refuse it, as it discloses the dark secrets of our hearts. For this reason, we say Jesus died because of our sin – all of us – that is, the sin of refusing him. Today, the Truth of God is that which we still miss in our political systems and decision-making processes, in our social and religious organisation. God is to be found in that which is always missed out, never caught. And even when we thought we managed to catch Jesus, he showed God-sized Resurrection. He is never to be controlled, via whatever system we try to control him or make him fit our own self-referential agendas. He has forever changed the terms of the true human relationship beyond resentment and fear into the realm of hope, trust and love.

In the aftermath of the attacks in Paris on 13 November, people of faith have been trying to come to terms with the horrible fact that there are those who think they have caught God, and want to serve their God and their idea of justice by organised slaughter and suicide. The underlying blasphemy of the terrorist is that God is too weak to look after His own honour; we are the strong ones who must step in to help God. But, if this were really true, it would mean that all that we have to hold on to was our own sense of power, presuming that we are in total control, which fuels all kinds of pathological violence. People of faith, on the other hand, are called to show a different kind of extremism – the extremism of total trust in God. This kind of extremism makes it impossible for us to confuse our displays of strength and our strategies for political dominance with God’s power.

The attacks in Paris sent shock waves across Europe and the world. But, let’s not forget that a similar attack happened in Beirut earlier that week, targeting Shi’ite Muslims: and another took place in Mali the week after. There is nothing to romanticise and there is nothing to condone in these attacks. This is criminality pure and simple; but we do have before us the task of responsible and mature reactions. Such solidarity and common purpose is vital for us all at this time of pain, sorrow, and anger. Indeed, more than at any other time, faith communities will have to continue to stand and work together for the wellbeing of societies and for our shared understanding of life to which God calls us to. It would not harm us to remember and act on the words attributed to Martin Luther King: ‘darkness cannot drive our darkness, but light. Hatred cannot drive out hatred, but love.’ At such difficult times, people forget how communities rally; they forget the place of churches and other faith communities in that rallying, to provide support, to provide emergency help, and simply to provide a quiet space for reflection.

We need people in all our communities of such faith, who do not fill the void in their souls by feverish language and action that is blind to the reality of others. Islam’s spiritual mystical tradition is rich in commendations like this. Muslims who are extreme in their confidence in God are the ones who will most effectively challenge the extremists of murder and fear. We, Christians, if we are to acquire the mind of Christ, in the light of Christ’s story, as St Paul suggests, we should be listening for echoes of this trust that God’s power is different from our power. God’s power is quite disconnected from our politics of domination of the other as Jesus’s death and resurrection show; therefore, we need to listen for the witness in other traditions to that poverty of spirit which Christ names first in the Beatitudes.

This means that if there is any relevance of religious faith to the realm of politics in all of this, it is the summons to a common repentance. While Muslim religious leaders examine their response and teachings, the West needs to question the wisdom of past policies that may have contributed to the current situation in the Middle East too. The West has somehow got used to the idea that what happens ‘there’ has nothing to do with us ‘here’; and, even worse, that what is good for us in the wealthy part of the world has no connection with what is good for anyone else. Similarly, there has been so much talk about the wellbeing of Christian communities in the Middle East. This is understandable given that Christian priests have died or been kidnapped as a result of their unconditional openness even to the enemy, and many Christians have suffered displacement or have been killed. But, the real concern is not about Christian communities only, but about the entire society. Our concern for the Christian churches in the Middle East is for them to be free and able to act for what they are called to do in the first place: seek the health of the whole society, proclaim the good news of God in Christ in the face of human folly and desperation, as they reach out for everyone’s good. The instincts that have sometimes led Christian leaders to support regimes that were favourable to them but not to other members of society need to be replaced with an attentiveness the health of the whole society, an openness to all, of which many Christian institutions are an example.

The people behind the heinous crime in Paris are not simply responsible for a crisis of interfaith relationship – that is the easy strapline. We are talking about a group that is responsible for the disintegration of whole societies under their own pressure, the so-called ISIS, one of the most extreme Islamist organisations in the world today. Most of those seeking refuge in Europe from Syria are fleeing precisely because of this societal disintegration. In this context, it is not sufficient to talk about defending borders, and retaliating with aerial bombing. Western governments now need to respond and work with greater intelligence and generosity for the good of all the peoples of Syria and Iraq. This is in the strategic interests of everyone concerned.

People might say that Jesus or St Paul were not engaging in politics, but the truth of the matter is that they were concerned for the health of societies. Jesus’s death and resurrection are the eternal question mark for the politics of domination, he being the victim of it himself. Yet, God still welcomes and draws us to himself in the ultimate event of the life, death and resurrection of Christ, despite our constant folly and our constant urge for power and domination, by which we have shunned him away. Because of the coming babe of Bethlehem, we are not only bold to call God ‘Father’, but to go out and be his body that transforms society. Let us do that by reacting to the recent events in Paris, in Jerusalem, in Beirut, Damascus, in Aleppo, in Baghdad, in Mali and elsewhere, with that divine generosity, sacrificial and imaginative, which we prepare to receive over the coming weeks.

All I want for Christmas…

The Word was with God