Skip to main content
Photo by Graham Crumb at flickr.com 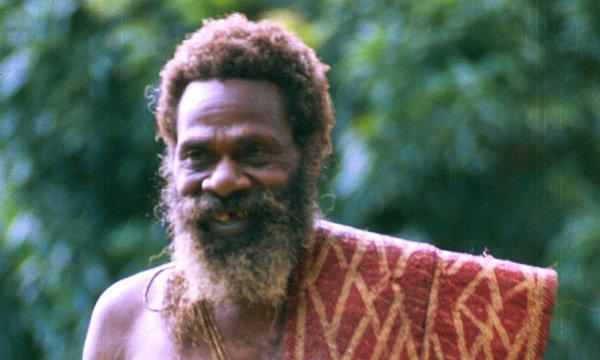 For thousands of years, spiritual leaders – including Christ himself – have spoken of the limitations of materialism and warned that the path to happiness and fulfilment lies elsewhere.  Now there is even economic research to back up this view.  Julie Clague explains the findings, and draws some conclusions about the way we live our lives today.

In July 2006 the New Economics Foundation think-tank published a ‘Happy Planet Index’.  The Foundation rejected standard economic indicators of prosperity such as a nation’s productivity – measured through gross domestic product (GDP) – instead preferring to focus on people and their quality of life, in terms of their life expectancy, consumption levels and degree of contentment. The rank order of the 178 nations surveyed shows that according to these criteria the happiest nations are also some of the world’s poorest. The top nation was the small South Pacific island of Vanuatu, which comes near the bottom of the table of nations when ranked according to GDP. The UK – one of the richest economies in the world – was listed in 108th place.

Of course, there are all kinds of practical and philosophical problems associated with attempts to quantify happiness. Nonetheless, irrespective of its methods of calculating happiness levels, the Happy Planet Index has some valuable lessons to teach us. For example, unlike GDP, its focus makes people the very reason for our global economic machinery, rather than merely the fuel feeding it. Not least, it reminds us of the eternal truth that money cannot buy happiness. Despite high living standards and ever-increasing consumption levels, people in the West are no happier. In fact, the economy places many demands on us and carries many hidden costs, including increased stress levels, a faster pace of life, long working hours (those in the UK are some of the highest in Europe) and job seeking away from home. All these burdens impact upon our own well-being and the well-being of our families. In many respects, those in the wealthier nations are as much victims as well as beneficiaries of economic growth. As the Happy Planet Index shows, highly pressured lives can lead to low spirits; the bigger one’s environmental footprint, the heavier one’s heart.

Cultivating a spirituality for the 21st century

True happiness, however, is not about where we are. Rather, it is about who we are. Our degree of contentment depends upon our attitude to life and its inevitable ups and downs, wherever we happen to live. It depends upon how we cope with the hand that fate has dealt us, and how we relate those life choices and experiences to the lifelong quest for ultimate meaning. Our approach to life is no more and no less than an expression of our spirituality. When asked, most people admit to having a spiritual side to their nature. The challenge – and the real secret of happiness – is to turn that spiritual side of our nature into the central core of our lives. Too often – especially given our hectic and materialistic Western lifestyles – our spiritual side is pushed to the sidelines and forgotten, and our attitude to life suffers. Spiritual impoverishment makes us lose sight of what makes life valuable. We become distracted by the things that are incidental and we are lured away from the things that count. We live in a culture where great emphasis is placed on the material world, bodily desires and pandering to the flesh. This is not all bad, but it is not the whole story of human existence. This reductionism cuts us off from more enduring values, such as our sense of the sacredness of life, the presence of the divine in the world and our openness to the transcendent.

Although we need material things, deep down we all know that the best things in life are free. Our capacity to love and be loved is surely the most obvious expression of this truth. Our ability to wonder at the awesomeness and beauty of the natural world, and to be moved by human suffering and goodness are also treasures beyond price. When we re-connect with these values we are cultivating our spiritual side. Perhaps the secret of happiness is not such a big secret after all – which is good news.

Christians know all about good news. They know about how God’s unending capacity to love was given its most remarkable expression in an act of solidarity with humanity through the incarnation. Jesus’s presence empowered those around him to re-prioritise their lives and re-discover their spiritual sides. His message was urgent and insistent. There was to be the inauguration of a new era which would require a turning away from sinful ways and a counter-cultural change in the way we live. The priorities of the world are flawed and passing. The values of God’s kingdom endure.

The spiritual movement that built up around Jesus has retained its momentum, unlike many other more short-lived followings that have formed historically around charismatic religious leaders. The death of Jesus was not the end of the Christian project. In fact, it was only just beginning, because Christians believe that God’s interest in the world did not end with the creation and incarnation. Jesus lives on and his Spirit is present in our world. And though mainstream Christianity is pragmatically agnostic about the mode of Christ’s return, it remains a key affirmation of the Nicene Creed that ‘he will come again in glory, to judge the living and the dead’. This doesn’t mean, though, that Christians are like Elvis fans waiting at the end of the concert for a final encore.  Elvis fans, after all, would be told: ‘Elvis has left the building. He has gotten in his car and driven away’, whilst for those infused with the Spirit of Christ, Jesus never really went away.

Christians everywhere are endeavouring to make this spiritual side the central core of their lives by re-ordering their priorities and changing their lifestyles. They are aiming to incarnate Christ’s message to witness that an alternative value-system is possible. The Livesimply challenge is one of the ways of taking such a stance. Livesimply arose as a grassroots initiative of Catholic Christians in the UK to underline the central connection between our spiritual lives and our lifestyles. Those who sign up to the Livesimply challenge promise to live in a way that defies the values and priorities of our sinful world. They pledge to live simply, sustainably and in solidarity with those who are poor.  The Livesimply challenge is based on the realisation that spiritual growth involves personal change, and that personal change involves spiritual growth. The aim is to nurture a spirituality of sufficiency more akin to that of Clare and Francis than Posh and Becks. This is good for the individual, good for the planet and good for those in the wider community whose lives are changed by this radical witness.

The power of Christian witness: spirituality is catching

Christians are not immune from the trappings of the modern world. Our response to the demands of the gospel can wane, grow flabby and become half-hearted. The Livesimply challenge is a call to awaken and a call to action. Livesimply promotes a spiritually enriched diet that is good for you; as such, it offers a home-grown example of the strong social activist strand in Catholicism. And, even better, spirituality is catching. When we meet others who are spiritually rich we too want a share of their inner peace and sense of direction. The many people who are choosing to change their lifestyles through Livesimply show others how easy it is for them to do the same. And as each new person makes that commitment we will witness the strength that can come from standing alongside one another in solidarity as our Catholic communities – schools, parishes, dioceses, colleges, organisations, pledge to Livesimply. With God’s grace, these small scale efforts may cause ripples that spread far and wide, as the Livesimply challenge acts as a catalyst for others – whether religious or not – to think about how they might also take responsibility for their own and other people’s development and to change those parts of their lives that are part of the problem. The ultimate measure of spiritual happiness is not where you live, but how you live.

Julie Clague lectures in Christian Ethics at the University of Glasgow.

A version of this paper appears in Annabel Shilson-Thomas and Linda Jones (eds.), Livesimply: Choosing to Change the World – A CAFOD Anthology for Worship, Reflection and Action, London: Canterbury Press, 2008.

Livesimply: Choosing to Change the World at Canterbury Press