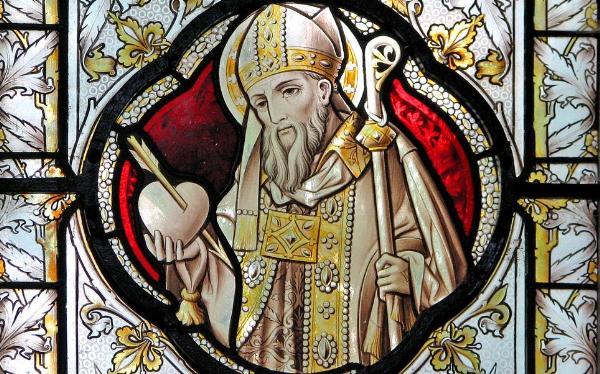 In preparation for the feast of St Augustine on 28 August, Bishop Michael Campbell looks at the Saint of Hippo’s continuing influence on the Church today.  What is it about Augustine’s life story, as told in his Confessions, that can still captivate modern readers?

Although he lived in North Africa over sixteen hundred and fifty years ago, the figure of Augustine of Hippo appears ever relevant and continues to exercise a strong influence in the life of the Church. There are a number of reasons why this should be the case. As bishop and pastor for forty years of the Church of Hippo, in present day Algeria, Augustine has left us a rich and diverse legacy in writing. Best known of his written works are his Confessions, his books on the Trinity, and perhaps his supreme masterpiece, the City of God.  Add to these his several hundred sermons and many letters, as well as the written record of his involvement in the great theological debates of his day, with the Donatists, Pelagians and Manichees, and we can see that the survival of the works of Saint Augustine has proved a rich blessing and resource for the Church through the centuries. Pope Benedict XVI has been a life-long student of Augustine and freely acknowledges his great debt to the unique theological vision and profound intellect of the Saint of Hippo.

Augustine lived and worked in an age so different from our own, and we may ask the question of why his influence is so enduring and appealing. Part of the answer surely lies in the personality of the man himself, and in the fact that in his intellectual and spiritual quest he is representative of people of every age.  Where faith in God and Christ were concerned, the path of Augustine’s spiritual journey was far from smooth, and only when he received baptism from Bishop Ambrose in Milan at the age of thirty-three did he find peace of mind. His powerful description of his personal odyssey prior to his baptism is recorded for us in his Confessions, which remains an astonishingly modern book, one that continues to resonate with the twenty-first century reader.

Augustine was above all an avid searcher for the truth: the truth about himself and ultimately the truth which God himself is, and which alone can allay the deep stirrings of the human heart. Highly gifted academically as a young man, it was his reading of a work of the Roman orator and philosopher Cicero that fired him with a love of wisdom and ultimately truth itself. It would take the young Augustine many years of intellectual turmoil and suffering to satisfy himself that he had found the wisdom and truth he so desired. The restlessness and deep yearning for what endures which so marked his early life, and his ability to express this in words, help explain history’s fascination with the Confessions. The truth that was the object of Augustine’s quest was not simply an intellectual construct, but truth of a kind that needed to satisfy every level of his personality. That truth had to embrace what was spiritual, moral, philosophical and religious in his life. His exclamation on the first page of his Confessions, ‘You have made us for yourself, O Lord, and our hearts are restless until they rest in you’, memorably encapsulates the final goal of his search.

Augustine had a marvellous gift for self-analysis, as is so evident from the pages of his Confessions. This outstanding apologia, the story of his early life and his conversion at the age of thirty-three, is an address to God from a confessing heart full of praise and thanksgiving. We might describe the Confessions as the drama of a soul before God. The deep and often wayward currents that course through the human heart are laid bare, often with searing honesty and humility. Augustine did not hesitate to acknowledge and chart the workings of divine providence active in this phase of his life, though he himself was hardly aware of it at the time. The modern reader is made to pause and reflect when confronted with Augustine’s firm conviction that human beings remain incomplete, an insoluble puzzle, when God is left out of the reckoning.

The Saint of Hippo realised just how almighty God was directing his life even when he despaired of finding that truth which would ultimately satisfy his unquenchable thirst. The unceasing prayer and fidelity of his mother, Monica left a deep impression on Augustine and his many references to her, especially her deathbed scene, are moving to read. The non-judgemental and sympathetic attitude of Bishop Ambrose of Milan was a further sign to Augustine of God’s unfailing care for him, which he always saw manifested through the Christian witness and behaviour of those he met on his journey. Yet Augustine does not disguise or diminish the pain and near despair of those years, from his late teens until his early thirties. He looks back with incredulity at his long association with the Manichean sect, and at how they duped him with their erroneous teaching about God, the origin of evil, and the creation of the world. The road out of such an intellectual and moral impasse would be long and arduous for him. When he finally succeeded in extricating himself from the clutches of the Manichees, he had all but abandoned hope of ever finding an answer to his intellectual and theological quest.

Only slowly and painfully did he finally move towards the acceptance of the Christian faith and the Catholic Church. His discovery of the works of Plotinus, the father of neo-Platonism, helped partly to dispel the philosophical shadows he had inherited from his years with the Manichees. Then he found himself listening to the preaching of Bishop Ambrose, which enabled him to view the Scriptures in an entirely different light, and proved a veritable revelation to him. He finally has to address his own moral life and the implications if he were to be baptised as a Catholic Christian. In book eight of his Confessions, Augustine has left us a quite unforgettable account of the final stage of his conversion in a garden of a house near Milan. Remarkably, it was the sound of nearby children singing a rhyme of some sort to ‘take up and read’ which the Saint took to be a sign from God. He immediately took up the letters of Saint Paul lying nearby, and the first text he laid his eyes on – ‘Put on the Lord Jesus Christ, and make no provision for the flesh’, from the letter to the Romans – finally laid to rest all remaining doubt. He was now ready for baptism.

We are so familiar with the path that Augustine’s future life took, that of priest, outstanding bishop and pastor, superb exponent of the faith, that we may cease to wonder at the marvel of it all. The inscrutable ways of divine providence at work through grace in the life of this unique North African has given the Church one of its most illustrious saints and teachers. Augustine lived in an age different in so many respects from our own, yet also with remarkable similarities. There were many dubious offers of salvation and happiness on offer, remedies which were and are ephemeral; yet none of them addressed or could satisfy the deepest needs of the human person, or the desire of the human mind for a truth which would not deceive. Augustine of Hippo stands as a witness to every age that in God alone do we find the answer to our most profound longings. That, I feel, is his outstanding contribution to subsequent generations both within and beyond the boundaries of the Church.

Rt Rev Michael Campbell OSA is Bishop of Lancaster.  He was the first Augustinian Friar to be ordained in England since the Reformation.

From divided souls to united lives: philosophy and the search for peace

What is love? Hannah Arendt and the 'amor mundi'