Skip to main content
Photo by mafleen at flickr.com 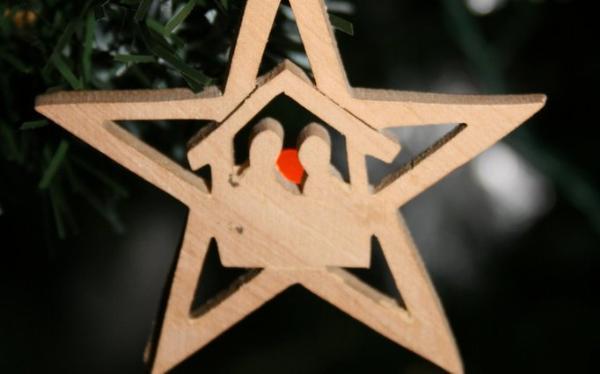 For many people, Christmas Day marks the end of a hectic few weeks of festivities; for the Church, however, it is the beginning of the celebration that we prepare for throughout Advent. But why, asks Philip Endean SJ, do we anticipate anew the coming of Christ each year? Perhaps we should think of Christmas itself as a time of expectation.

‘Our whole life … is Advent, a time of waiting for the ultimate, for the time when there will be a new heaven and a new earth …’ (Dietrich Bonhoeffer, ‘The Coming of Jesus into Our Midst’)

Advent has ended, and Christmas has arrived. No longer does our prayer centre round ‘come, Lord Jesus’, for he is with us, in the manger. At the Epiphany, he will shine out for all peoples. Much in our devotions, in our liturgy, and our folklore encourages these ways of thinking. Even the most secularised of people hold off opening most presents until the day itself, until the time of waiting has come to an end.

But is this really a sensible way to understand Christmas? Is Christmas really Advent’s end? After all, we’ll do it all again next year. If what we are celebrating is simply the fact that God has come among us, then why do we need to pray every Advent, ‘come, Lord Jesus’? Doesn’t that imply that Christmas is just a fake, a make-believe that we have to reconstruct every year, like our chintzy decorations and our attempts at being nice to curmudgeonly in-laws?

One answer to that question comes if we listen to the liturgy more carefully. Vatican II’s liturgy decree speaks richly of Christ’s real presence among us, in word, sacrament, ordained minister and community (Sacrosantum Concilium, 7) —a rich fourfold presence abiding with us. But at the same time there is a waiting: ‘we eagerly await the Saviour, Our Lord Jesus Christ, until He, our life, shall appear and we too will appear with Him in glory.’ (Sacrosantum Concilium, 8) The acclamations we use at every Mass during the Eucharistic prayer, as an acclamation of Christ’s presence with us, also remind us that he will come again. We have presence and absence at once. Advent doesn’t stop.

And perhaps here we have a solution to a bind we experience as Christians. From some point in mid-October, the commercial season of Christmas starts. It reaches its climax in mid-December, and then, if anything, calms down for the days themselves. By December 27, it is over, and we are into the January sales. The Church, meanwhile, begins Advent formally at the end of November (though the end of the previous liturgical year dovetails into it rather nicely). Christmas is meant to begin on December 24 at the earliest, and then to last until at least the feast of the Lord’s Baptism in early January, if not indeed until February 2, the feast of the Lord’s Presentation in the Temple.

The parties are at their peak just when the Church is trying to be austere. What liturgically is meant to be a time of watching and waiting, even penance, is in fact the season of mulled wine and mince pies. When eloquent and sensible pastors, like the US bishop who wrote the pastoral letter linked here, encourage us to cultivate a sense of holy anticipation, they run the risk of sounding like killjoys.

Moreover, exhortations to Advent vigilance risk imposing upon us burdens that cannot be borne. For the truth is that most of us have to find God outside the privileged setting of a monastery and simply cannot avoid being affected by the commercialism all around us. When I worked as a hospital chaplain, I would spend my third week of Advent putting in an appearance at ten Christmas carol services. There was no way I could change that; and there was, frankly, no way I wanted to discourage pretty well the one public set of religious acts that occurred within the hospital, drawing in many people who, for whatever reason, avoid church for the rest of the year.

What is ‘putting Christ back into Christmas’ supposed to mean? The only candidate seems to be that we should somehow celebrate it less enthusiastically than other people do—so the pious among us nod dutifully, and then carry on as before.

But perhaps there’s another way of looking at all of this. Though the confusion of Advent with Christmas can appear as a conflict, to be resolved by all good Christians in favour of ritual purity, it can also be seen as a clarification, as a pointer towards the truth of the matter. For Advent and Christmas perhaps should be intertwined. Perhaps the very way we can celebrate Christmas properly as Christians, and ‘put Christ back into Christmas’, is to recognise that our celebration of Christmas should always have an Advent feel about it.

Christ has come among us, once and for ever. He has promised he is with us until the end of time. We celebrate Christmas each year, not because we have to make him come over and over again, but rather to remind ourselves of what has been and already is, and then to sharpen our longing for what is to come. The Book of Common Prayer puts the point nicely in one of the Advent Collects:

Almighty God, give us grace that we may cast away the works of darkness, and put upon us the armour of light, now in the time of this mortal life in which thy Son Jesus Christ came to visit us in great humility; that in the last day, when he shall come again in his glorious majesty to judge both the quick and the dead, we may rise to the life immortal.

Christmas, in other words, is itself a preparation, an Advent moment: the preparation for Christ’s coming again, a coming for which we can and do pray daily. We celebrate Christmas properly when we recognise that the feast is not simply about some twee facts that happened once and for all two millennia ago, and that we are now recalling nostalgically, sentimentally and complacently. The biblical accounts of Christ’s birth and infancy are saturated with a sense of who the adult Christ was and what he has empowered us to become. His birth in poverty reflects his dying in ignominy. He flees into Egypt and returns, because he sums up in himself the entire history of Israel: of Abraham and his children who went down into Egypt, and who came back from oppression into the promised land. He is lost for three days in the Temple about his Father’s business, just as he will be buried for three days in the earth before rising to the Father’s glory. He is conceived miraculously of a virgin, just as we who believe in him are born from above, not of flesh or of any human will, but of God. He is the beginning, the head of the Church; in our flesh, we fill up what is still lacking in his body. As Paul puts it in one of the Advent readings (Romans 15:2), everything written in the Scriptures is there to nourish our hope.

There is nothing wrong with enjoying Christmas, or indeed with a little over-indulgence. At any rate, there is nothing Christian about embodiments of Scrooge masquerading as piety. What matters is that we remember why we are enjoying it. We’re not, or not chiefly, remembering a past event. We’re sharpening our hope and expectation of how that event is continuing to play itself out, into the future. In Advent we pray with the threats of John the Baptist and with Isaiah’s book of consolations. We work with our projections of what might happen; we inhabit all the hopes and fears that are eventually to meet in Bethlehem. But we also need to recognise that they are just projections, however hallowed they may be by their position in Scripture. John the Baptist in his prison cell is eventually confronted with a Christ rather less stern then he had proclaimed. We do not know how the grace of God will work itself out; all we can do is to pray in openness, and in joyful hope.

And that means asking ourselves questions. What is our part to be in this divine coming? What are the desires which Christ and his grace are implanting within us? How can we help those desires come to fulfilment, rather than the lesser yearnings floating round our heads and our culture? How should we be trying to change? What should we be asking Jesus’s Abba for? What might God’s grace be demanding of us?

If we can ask ourselves this sort of question, then we need not worry if our celebration of God’s materiality keels over into a little materialism. We can enjoy the tinsel and the presents with an untroubled conscience. And we can take it as strangely fitting that in our commercialised culture Advent and Christmas have become mixed up: that the parties happen before the event, and stop by the first days of the New Year at the latest. For Christmas itself exists to deepen our longing for God’s kingdom to come. To remember Christ’s birth, to accept him as our own, is all of a piece with an expectation that he will come again, indeed that he is always in the process of coming—coming into our flesh, frail, ambiguous, even embarrassing though it may be:

O holy child of Bethlehem,
Descend to us, we pray;
Cast out our sin and enter in,
Be born in us today.

A Picture worth a Thousand Words