Skip to main content
Photo by Malingering at flickr.com 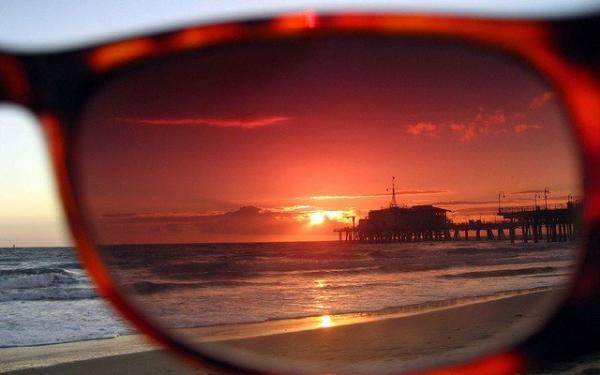 We are now three weeks into the New Year – how successfully have you kept to your resolutions? Maybe the key to a revitalised start to 2012 lies in an honest appraisal of our hopes and expectations. Gerard J. Hughes encourages us not to be scared of becoming disillusioned, but rather to cherish the realism that allows us to find God in all things.

As a kind of scene-setting for reflecting on God becoming man for our sake, Ignatius in his Spiritual Exercises suggests that the person making the Exercises should try to see our planet through God’s eyes, to better understand what it was that prompted the incarnation. On similar lines, it has become commonplace at Christmas and New Year for spiritual leaders – Pope, Archbishop and perhaps all of us in our own small ways – to contemplate our world and try to express what we see. The criticisms most frequently heard are that we have become materialist, obsessed with money or success; or that we are entirely secular in our outlook, interested in science, but with little or no time for religion or indeed any version of the ‘inner life’.

But what I see as I reflect upon our world is not materialism, but a widespread and profound sense of disillusionment. Far from being ‘secularised’, many, perhaps most, people seem to me to be desperately searching for a deeper meaning in their lives, even for religion in some form or other. Many of us are very generous, for instance to the victims of tsunamis, earthquakes or famine, and are very willing to help the needy. But at a deeper level, we are disillusioned – with the bankers and capitalists who have put greed before any responsibility to the rest of us; with our politicians, their ever-unfulfilled promises, their corruption, their petty party disputes. We are disillusioned with our churchmen – their moral inflexibility, their misuse of authority, their mistreatment of children, but most of all with their apparent inability to speak to us in the ways that we most long to hear. Our temptation is to become bitter, mistrustful, and despairing. Often the best that people can do is to grit their teeth and hope against hope that things may one day improve.

I remember once listening to a Spanish Jesuit preaching and thinking how odd it was to hear him apparently recommending, very insistently, that we foster our illusions –our ilusiones. I had to have it explained to me afterwards that the Spanish word ilusiones has two meanings which strike us almost as complete opposites: it does mean ‘illusions’, but it can also mean ‘ideals’. This double meaning helps me to make an important distinction. Life may well strip us of our illusions and, however painful the process, the realism we learn may be very good for us provided we use our dis-illusionment well, not to give up our ideals but to persevere in them all the more effectively because they are no longer coloured by illusory expectations.

Illusions are unreasonable and misleading precisely because they obscure reality. Here are some views which strike me as illusions: we might think that if only we all made a concerted effort, we could have a world in which there was no suffering or injustice; or we might believe that with only a little more care about which people we put into positions of power, we could put an end to corruption, injustice, violence, intellectual dishonesty and the misuse of authority. Try a bit harder, push more insistently, blow the whistle, man the barricades and we will soon produce a just society, a perfectly holy Church, a heaven on earth. Perhaps the greatest illusion of all is that such a perfect world is only just round the corner. But surely, given the forces of nature and the weakness of human beings such a world simply is not possible, and we had better reconcile ourselves to that fact. Not, of course, that we should abandon our efforts to improve our lives, our institutions and the lot of humankind quite generally. We should do our very best in all these ways. But we ought not to be disillusioned – cast down – when things do not work out as we desperately wish they would. To lose our illusions is a good thing; a stiff dose of realism will do us no harm. But to lose our ideals is a tragedy.

We might ask usefully whether Jesus himself was disillusioned. The ordinary way of speaking about Jesus’s ministry, leading inexorably to his passion and his death, is focused on his courage and heroism in the face of misrepresentation, maltreatment and eventually crucifixion. But I wonder if this is a really accurate picture. Is it bravery Jesus needed? As an ordinary first-century Jew, like us in all ways except sin, how would Jesus have thought of himself? Perhaps initially he saw himself called upon to prophesy, to speak with the authority of God to a recalcitrant people. Right at the start, in the synagogue at Capernaum, he had the temerity to say, ‘This day, the prophecy is fulfilled in your ears.’ Maybe, gradually and in the light of much prayer, he came to think the almost unthinkable, to realise that he was more than just a prophet: he really was The Messiah; he was sent by God to establish the Kingdom so long promised to his people. Not, indeed, a political takeover, certainly not a military defeat for the Romans and everyone else, but a kingdom transformed, in which the ideals of God’s people were fulfilled and the New Israel was a light to the Gentiles. Yet all his efforts, through preaching, and signs, and prophetic actions such as the cleansing of the Temple, at best produced bursts of temporary enthusiasm; but in the end they spawned derision, betrayal and mockery. We might not be surprised if, faced with such a collapse of his God-given hopes, he felt himself not so much afraid or lacking in courage, but rather as verging upon utter disillusionment. This simply was not what was supposed to happen to the Messiah. Had he somehow failed? Had God failed him?

The three synoptic Gospels, Mark, Matthew and Luke, all speak of Jesus’s prayer in Gethsemane. The first two speak of Jesus being ‘distressed’ and ‘agitated’ but, perhaps significantly, not ‘afraid’; they all speak of the ‘time of trial’, echoing the last petition in the Lord’s prayer; in Luke, the disciples are asleep ‘because of grief’. In Matthew and Mark, Jesus utters what at least sound like words of despair, ‘My God, my God why have you forsaken me’ before darkness descends. Luke, in the light of the Resurrection, paints a very different picture of how ideals can survive disillusionment: at the end, Jesus says to the repentant thief, ‘This day you will be with me in paradise’; God is faithful, to the end and beyond. One might also remember Luke’s story about the two disciples on the way to Emmaus; he points out how utterly disillusioned they were until Jesus helps them to shed some of the illusions they had about the Messiah and to experience his presence in the Eucharist. So too, the illusions we have are not just to do with the fact that the Kingdom of God is not primarily political, militarily dominant, or a perfect human society in which the twelve tribes are ruled by the Twelve. To be rid of these illusions is the first step to a true peace and a greater understanding of the ideals we live by: as the Gospel of John was to put it much later, ‘My kingdom is not of this world’. In the light of the resurrection, Luke has no such illusions; rather his aim is to show us a quite different ideal: to allow the risen Jesus to rule our lives.

So instead of clinging to illusions about our world, and becoming depressed by the misguided expectation that we could transform this world radically if only we tried a bit harder, we need to foster an ideal. Ignatius describes this ideal as ‘finding God in all things’. All things – not just the beauty of creation, or the love of a close friend, or the sheer wonder of a newborn baby. St Paul at the end of one of the most magnificent chapters of the New Testament concludes:

...who will separate us from the love of Christ? Will hardship or distress or persecution, or nakedness, or peril or the sword?....No, in all things we are more than conquerors through him who loved us. For I am convinced that neither death, nor life, nor angels nor rulers, nor things present, nor things to come, nor height nor depth nor anything else in all creation will be able to separate us from the love of God in Christ Jesus our Lord. (Rom 8:35—39)

A harsh realism, but without a trace of disillusion; and a new ideal, steadily to discern how it is that God is to be found in even the ugliest features of our world, and the saddest disappointments of our lives. As a Jesuit I almost automatically link this with Ignatius’s ideal – his ilusion in the most positive sense. But this is a challenge not just for Jesuits, but for us all. How are we to find God in all things? I think we need to reflect on how God might look upon our world and what we have made of it. To do that will demand that we learn a deep honesty, to see things and people as they really are, with no illusions; and yet to learn how to respond to them as God does, as Jesus’ parable of the Prodigal Son explains. We need to learn to identify in all honesty with the prodigal son: but also to respond to ourselves and to others with the love and forgiveness of the father who no longer has any illusions about his son. It is through the minds and hearts he has given us, that God calls us. To hear that call is an ilusion to which we can respond with all the wisdom we can command – emotional wisdom as well as the wisdom which comes from experience. For then God can speak to us in the depths of ourselves, as we are, and in our acceptance of other people as they are, as well as through all his creation. That is the ideal which should guide us all; for as Paul said, ‘nothing can separate us from the love of God’. It is our faith that when we run out of words, the Spirit prays in us.

Gerard J. Hughes SJ was head of the philosophy department at Heythrop College, University of London, and is currently tutor in philosophy at Campion Hall, Oxford. He is the author of Aristotle on Ethics, Is God to Blame? and Fidelity without Fundamentalism (DLT, 2010).

Is God to Blame?