Skip to main content
Photo by Doug88888 at flickr.com 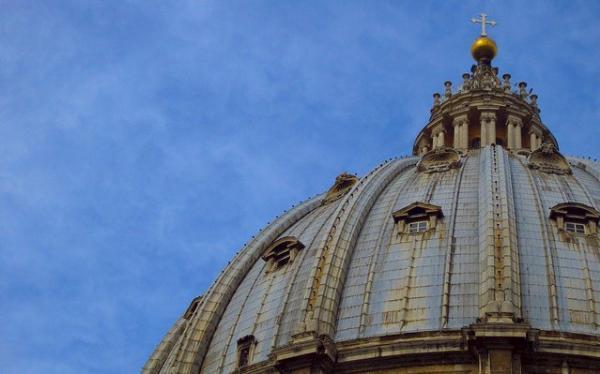 As the cardinal electors prepare to enter the Sistine Chapel tomorrow, Gemma Simmonds CJ suggests that it would be a gift to the Church if the man they elect to the See of Peter has an approach to authority that has been formed in a religious community.

As the Church and the world prepare for the conclave to begin, there is much discussion about the gifts and skills required of our next pope. The modern Church has become dangerously top-heavy through the increasing centralisation of power. Despite the personal sanctity and right intentions of the post-conciliar pontiffs, the abuse of power has flourished throughout its structures. A different approach to authority is what the Church needs now, and the place to look for this could well be in the rules of religious orders. The last pope to be ‘a religious’ in the full sense of being a member of a religious order was the Camaldolese monk, Gregory XVI (1831-46); perhaps it is time for another religious pope.

Religious are accustomed to taking up the power of office only to lay it down again once their term is over. A pope with a deep-seated instinct for consultation and consensus, such as is found among the mendicant and monastic orders, would perhaps be more likely to take seriously Vatican II’s implicit and explicit teaching on subsidiarity. This would mean allowing local churches their proper level of self-determination and including widespread consultation of experts on the ground, whether clerical or lay, as a normative part of decision-making processes. It would mean having structures of governance that are more transparent, accountable and inclusive, presided over by a pope who provides a model to all in authority in the Church of being among the community as one who serves.

The rhetoric of dialogue within religious orders is also very powerful. It can be a major challenge to achieve consensus within a worldwide body of people, often from radically different cultures and religious outlooks, despite living according to the same rule. Most orders have hierarchical structures of authority rather than functioning as a workers’ co-operative. In religious life the decision-making processes are predicated on the notion that discernment is a gift given not only to individual leaders but to the body as a whole, made up of all its members, whether those mandated to govern or play a specific spiritual role, or the ordinary members. The Augustinian Rule, on which many other orders, such as the Dominicans, base their life, gives due deference to authority. It warns those who have it not to abase themselves unnecessarily in front of those whom they have had to reprove in case it undermines their office, but it reminds them to ask forgiveness of God if not of the erring brother or sister. So the dynamic of forgiveness and humility, but also of a measured understanding of the boundaries proper within the exercise of authority, lies at the heart of religious life. In practice, there have been monsters of autocracy in religious orders just as in any other walk of life, but the theoretical ideal is clear, and it has often held remarkably well. Authority is seen primarily in terms of service, but the subtlety of the relationship on both sides is made clear, with those in decision-making positions holding not only practical responsibility but also spiritual responsibility for the outcomes in terms of other people’s lives. This ministry of authority is described as something that should inspire the fear of God in the holder of office, a fear that is the beginning of wisdom. For example the Augustinian Rule says:

Your superiors, for their part, must think themselves fortunate not because they rule in virtue of their office, but because they serve in love. In your eyes they shall hold the first place among you by the dignity of their office, but in God’s sight let them lie beneath your feet in fear. […] And though both are necessary, they should strive to be loved by you rather than feared, ever mindful that they must give an account of you to God. […]It is by willing obedience, therefore, that you show mercy not only toward yourselves, but also toward superiors, whose higher rank among you exposes them all the more to greater peril. [6:46, 47][1]

The Benedictine Rule has a profoundly Biblical understanding of the role within communal discernment that can be played by unlikely candidates. The Hebrew Scriptures show God choosing the youngest of Jesse’s sons, David, to be king, the boy Jeremiah to be a prophet, and Gideon, the least member of the least tribe in Israel, to be a judge. Benedict reminds the brethren that wisdom and hierarchical precedence are not always one and the same:

Whenever any important business has to be done in the monastery, let the Abbot call together the whole community and state the matter to be acted upon. […] The reason we have said that all should be called for counsel is that the Lord often reveals to the younger what is best. (Ch.3)

Interestingly, this is to be done in matters of major importance, whereas taking counsel exclusively of the seniors is only done in business of lesser importance. To introduce this method would be a great gift to the Church, where it often feels as if the wisdom and experience of the lay faithful, especially women, the young and those considered marginal in some way is ignored by those in charge of making decisions. This sensitivity to the potential wisdom within different voices carries a challenge for all in the body:

Let the brethren give their advice with all the deference required by humility, and not presume stubbornly to defend their opinions […] Let no one in the monastery follow his own heart's fancy […] At the same time, the Abbot himself should do all things in the fear of God and in observance of the Rule, knowing that beyond a doubt he will have to render an account of all his decisions to God, the most just Judge. (Ch. 3)[2]

The Ignatian Spiritual Exercises, warning against ‘disordered affections’, especially with regard to power and status, encourage interior freedom. In his Constitutions, Ignatius builds on the understanding that different contexts may require different choices, actions, or articulations of a given idea that he himself, or the superior giving an order, may not have foreseen. This level of discernment requires a high level of inner freedom and maturity, but this is more likely to develop outside an infantilizing climate of disordered authority.

These religious rules of life sketch out a fundamental orientation that is aware of the power games and control mechanisms that operate in any group or individual. They also encourage the capacity of human beings to let go of the drive for control in order to be more open to the Spirit of God. A man trained and experienced in this way of life may be the pope for our time.

[1] All quotations from the Augustinian Rule from http://www.midwestaugustinians.org/prayerrule.html

[2] Selections above from Saint Benedict's Rule for Monasteries, translated from the Latin by Leonard J. Doyle OblSB, of Saint John's Abbey, (© Copyright 1948, 2001, by the Order of Saint Benedict, Collegeville, MN 56321).

‘The resignation of Pope Benedict XVI’ by Gemma Simmonds CJ

Mark of an Angel