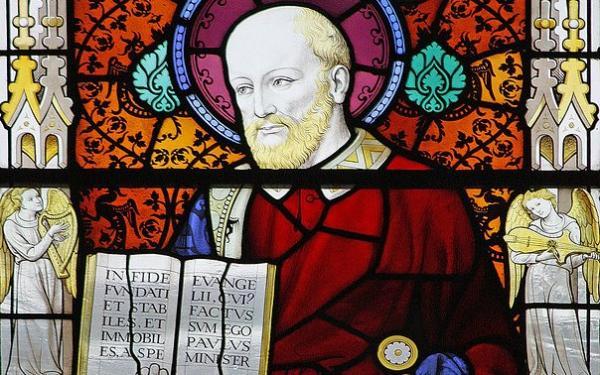 We have heard readings from Paul’s Letter to the Colossians during Sunday Mass for the past two weeks, and we will continue to hear from this letter over the next two weekends. Brian Purfield explains why Paul thought it was necessary to write to the likeable but easily-influenced community of Christians in Colossae.

Reading or listening to the Letter to the Colossians, one cannot help but like the people to whom it is addressed. The Christians in Colossae had a widespread reputation for their faith in Christ and their love for one another. They are the kind of people who are interested in everything, who are willing to try anything and who always have a good word for everybody. Philemon, to whom Paul wrote a separate letter, is one of their leaders. He is hospitable, strong in faith and eager to encourage his fellow Christians. One imagines that if you were to wander into one of their gatherings, they would give you a warm welcome, feed you and put you up for the night. However, they are walking a dangerous path, and Paul’s letter to them is an attempt to stop them strolling into spiritual disaster.

Background to the letter

Colossae was a small city in Asia Minor (modern-day Turkey), which was a prosperous part of the Roman Empire two thousand years ago. Colossae lay only a few miles from a major trade route which linked Paul’s home city of Tarsus to Ephesus, the capital of Asia Minor. Though only a small town in Paul’s time, Colossae had long been known for its fine wool, and in its busy streets Greeks and Jews mixed with merchants from all over the empire. The Colossians came to hear all sorts of new and fascinating ideas.

Jesus of Nazareth was crucified in about 30 AD. Over the next fifteen years, there were many converts to Christianity – three thousand in one day at Pentecost! – but most lived in Palestine, and most were Jews. Around 46 AD, Paul began his missionary journeys to largely Gentile cities in the eastern Roman Empire. The Church in Colossae was founded some ten years after this, but not by Paul. In fact, he had never visited the city (Col 2:1) and the Acts of the Apostles, which tells the story of the first thirty years of Christianity, does not mention Colossae by name. Rather the Church there grew as a result of a series of public addresses Paul gave in Ephesus in the mid-50s, the effects of which ‘continued for two years, so that all the residents of Asia, both Jews and Greeks, heard the word of the Lord’ (Acts 19:10). This was facilitated by Paul’s training of a number of co-workers who then preached in other towns and established more Churches than he could have done on his own. One of these was Epaphras, who founded the Church in Colossae (1:6-7).

Some scholars date the Letter to the Colossians (and the Letter to Philemon) to when Paul was imprisoned in Ephesus, some to his later imprisonment in Rome. In either case, the Church at Colossae would only have been established for a few years when the letter arrived. Imagine belonging to a religious movement you first heard of less than ten years ago, one that meets in private homes because it is not quite legal and is based on stories told by a travelling missionary who left Colossae shortly after forming the group; one whose leaders are in and out of prison and whose founder, Jesus, was executed a generation ago. This is the difficult situation the Colossians were in, and as such they got a bit confused. Paul began to hear reports that worried him.

Why was Paul worried?


Sometimes, the stories we read in Scripture seem to come from a very different world. By contrast, the world of the Colossian Christians sounds very familiar: multinational businesses, excellent communications, frequent long-distance travel, a broad interest in spirituality. The first century Roman Empire is an exciting time and place to be alive. One could worship the emperor, the mother-goddess Cybele, the many-breasted Artemis and the terrible Zeus all in the same week! Even Judaism, while strict and exclusive in Jerusalem, relaxes as it leaves home soil and begins to mix, discreetly, with other spiritualities. If there was a branch of Waterstones at Colossae, the Colossians would have enjoyed a whole range of religious titles: books on the traditional religions, but also books on angels, sprits, philosophies, exercises, diets, prophets, horoscopes, numerology, moon rituals, witchcraft, revelations and prophecies.

Paul feared that the Colossian Christians may have been falling for some of these teachings and that this threatened to compromise their Christian faith. This was a constant struggle for Paul; he had also had trouble keeping the churches in Galatia and Corinth on the straight and narrow. One can sense his frustration. Many of these worldviews sound impressive, but they are not Christianity. At best, they are weak imitations, mere shadows of Christ. He was desperate to convey this message to the Colossians. Do not listen to people who tell you there is something wrong with you unless you do things their way. Do not believe teachers who say anything is more important than Christ. Learn who Christ is! Only then will you know true wisdom.

The Letter to the Colossians was therefore written to tell the Christian community to hold on to what they had learned and believed about Christ in the face of false teaching. In fact, Paul himself was probably not the author of the Letter to the Colossians, or of some of the other epistles attributed to him. It is likely that it was written in his name to give emphasis to the encouragement it contains, but for the purposes of this discussion I will identify Paul as its author.

The Letter to the Colossians at a glance

The address includes the usual greeting, a thanksgiving and a prayer for the continued progress of the Colossians. Paul expresses his confidence in the preaching of Epaphras and the solid foundation it gave to the community. He sets the stage for his message when he says it is in Christ that ‘we have redemption, the forgiveness of sins’ (1:14). The transition from the realm of sin and error to that of grace and truth occurs in baptism and must be lived out in the daily lives of Christians.

The false preachers at Colossae are apparently saying that Christ’s death and resurrection are not enough for salvation, and that the Christians need to add other practices taken from Jewish and non-Jewish sources. In response, Paul quotes a hymn about Christ (1:15-20, see also Phil 2:6-11), which was probably used in their liturgy. In the hymn, they profess and celebrate the authority and primacy of Christ in whom all ‘fullness was pleased to dwell, and through him to reconcile all things for him’ (1:19-20). Paul stresses the redemption and peace won for us through Christ.

Quoting this hymn has more than one purpose. By starting with something the Colossians already know and share in common, Paul affirms their faith and builds on the unity of their belief. He does not scold the Colossians for their errors but stresses Christ’s role of reconciling the world to God as the basis of their common faith.

This pattern is repeated through all of Paul’s writings. He sets out the example of Christ and the example of his own ministry as a model to be followed. His confidence may be surprising, but it makes sense when one examines the basis of this practice. Paul is firmly rooted in God and his confidence is not self-reliance but, rather, hope in God. This is so clear to him that he believes others can know God’s power and be converted by studying his own life. Paul’s confidence is very realistic; he glories in his call and fidelity but also stresses his suffering in the service of the gospel.

In describing his ministry (1:24–2:3), Paul adapts categories important to the Colossians and to the false teachers who are disturbing them. Because they were stressing ‘wisdom’ and ‘perfection’, Paul speaks about the ‘knowledge of the mystery of God, Christ, in whom are hidden all the treasures of wisdom and knowledge’ (2:2f), and he states the goal of his mission to ‘present everyone perfect in Christ’ (1:28).

Before warning about the false teachings (2:4-23), Paul again encourages the Colossians in their faith. The false teachers presumed something was lacking in Christ and that salvation required something more. The additional requirements were a combination of Jewish and pagan philosophies, ideals and practices. Paul calls these fads, ‘things destined to perish,’ and reasserts the primacy of Christ in whom dwells the fullness of God. All are members of Christ, who is the head of the body, the Church. The Church’s task is the reconciliation of the world to God under Christ. According to Paul, these teachings are enough and false teaching must be avoided.

Paul’s letters generally start with theology and end with behaviour, and Colossians is no exception. Paul begins by preaching the gospel – telling his readers who Christ is and what Christ has done for them, and laying out a clear contrast between Christian teachings and the spiritual holdall they have been rummaging in. Once he has laid this foundation, he turns to the stuff of daily life. After listing behaviours Christians should avoid and behaviours they should adopt, he offers general instructions on how Christians should relate to the members of their households.

Is there a link between Christ’s superiority over all the competing spiritualities and the way a Christian ought to run his household? Paul seems to think so. As you read or listen to Colossians (and Philemon), look for the links between his teachings about Christ and his advice for daily life. Is this ‘just theology’ or is it profound truth about God’s action toward us – truth that, if we really believe it and apply it to our lives, changes all our human relationships?

Tychicus is the messenger entrusted with the letter to the Colossians. Many think he was accompanied by Onesimus, the former runaway slave who returned to Colossae with the letter from Paul to Philemon.

Paul does not outline a new, uniquely Christian way of living. Instead, he adapts elements from sources known to people of his time to form his ethical principles. What is unique for Paul is the source of the motivation and energy to fulfil these ethical principles: the commandment of love. For him, the Church as the body of Christ distinguishes itself from the outside world in that the command to love calls Christians to relate to one another in a new way. This was at the heart of his message to the Colossians (3:14), as it was to all of the Christian communities to whom he wrote. Even though they had lost their way, he was always confident that the love of Christ could set them back on the right path.

The Letter to the Colossians: Jesus and the Universe