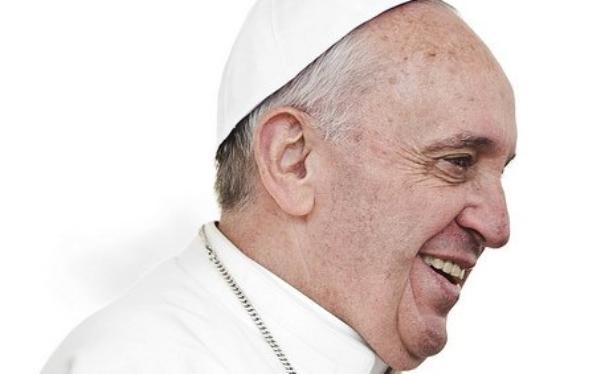 The first meeting of the eight cardinals chosen by Pope Francis to advise him on issues of church governance takes place this week, from 1-3 October. The establishment of this group is reminiscent of the requirement within the Society of Jesus for superiors to appoint ‘consultors’ to counsel them on ‘matters of importance’. Jesuit theologian James Corkery asks how far Pope Francis’ emphasis on consultation can be traced back to his Jesuit formation and what it tells us about his approach to the papacy.

Pope Francis seems to have everyone on the edge of their seats. Nobody is quite sure what he is going to do next. From the moment he became pope, his gestures, his personal actions and his lifestyle simplifications have surprised many. These things are too numerous to count, but they signify a papacy in a new key. There is more. The pope’s recent long interview, published in Thinking Faith (and several other Jesuit journals), bespeaks a changed pastoral strategy for the papacy and heralds a new, more consultative, less centralised form of church governance.

One piece of this more consultative form of governing is about to be set in motion when, on 1-3 October, Pope Francis’ new advisory group of eight cardinals from around the world will meet for the first time. Of this group, Pope Francis said in his recent interview:

The consultation group of eight cardinals, this ‘outsider’ advisory group, is not only my own decision, but it is the result of the will of the cardinals, as it was expressed in the general congregations before the conclave. And I want to see that this is a real, not ceremonial consultation. [1]

Pope Francis made his remarks about this being a ‘real’ consultation in the context of reflecting on how he had exercised leadership as a Jesuit superior in the past, particularly during his time as Provincial of Argentina in the 1970s. He found himself provincial at 36, with difficult situations to handle, and he made decisions abruptly and by himself. His authoritarian way of deciding had caused problems and, reflecting on it, he had learned that acting in such a way, without consultation, was a mistake. Since then, the Lord had enabled him to grow in knowledge of how to govern through reflecting on his faults and sins and he had acted differently as Archbishop of Buenos Aires. He had come to see the value, and the necessity, of real consultation. [2]

When, a month to the day after he was elected pope, Francis named the eight cardinals who would form his special advisory group, many asked if his action was a reflection, in some way, of the Jesuit practice of appointing ‘consultors’ to advise provincials (and other superiors) in their task of governing provinces (or colleges, or houses). At first glance, it would seem not, for he said that he did it in response to the will of the cardinals. And yet…! Pope Francis’ swift response to what the cardinals called for brings to mind how the Jesuit Superior General carries out the wishes of the General Congregation that elects him. Father General is obliged to do this because the Congregation, as the supreme authority in the Society of Jesus, is his superior. One cannot speak of the pope being obliged in the same way, yet he acted in a manner similar to the Jesuit General by heeding the voices of those from whom a large number formed the body that elected him. And he spoke of his work with the group of eight as genuine consultation – in contradistinction to how he had acted as provincial forty years ago. In all of this, there could have been at least a hint of influence from Jesuit practice and from Francis’ own Jesuit past.

Nonetheless, it is necessary to examine more closely what a Jesuit consultor is – particularly a province consultor, since Francis would have had four of these as provincial of Argentina – in order to determine whether or not there might be some real influence from the practice of government of the Society of Jesus on the new pope’s plans for governing the universal Church. The Constitutions of the Society of Jesus tell us that Jesuit superiors, at various levels, are to be advised on matters of importance and on matters pertaining to their office by ‘consultors’ whose functions and duties are sparingly described and delimited in the following way:

The provincial superiors and the rectors of colleges or the local superiors of houses also ought to have their aids, more or fewer in number according to the necessity and importance of the affairs entrusted to them. In particular they should have persons designated to give counsel, with whom they should consult on the matters of importance which arise. But after these consultors have been heard, the decision should remain with the superiors. [3]

The number of consultors that superiors and provincials have is normally four. When Pope Francis was provincial of Argentina, he would have had four consultors to help him. To help him with what? Well, since we know (today) that consultors are obliged to write to the Superior General annually reporting on three things (at least), we can infer that it was similar, if not exactly the same, at the time of Fr Bergoglio’s (now Pope Francis) provincialate. The three things are: the observance of the Institute of the Society, apostolic activity, and the financial situation. [4] Thus it is likely that Pope Francis had help in governing the province in accordance with the Society’s proper procedures; in directing its apostolic works; and in overseeing and acting responsibly with regard to its financial situation. Interestingly, these three – governance, apostolate and finance – have turned up, analogously, in what has been said, or even in what Pope Francis himself has been saying, concerning the advisory group. The Secretariat of State specified that this group was set up, ‘to advise him [the Pope] in the government of the universal Church and to study a plan for revising the Apostolic Constitution on the Roman Curia, Pastor Bonus.’ [5] In other words, the group will advise on proper, and improved, governance. Pope Francis has indicated that it will deal also with ‘family related problems’ and with evangelisation: ‘new evangelisation’ and the need to re-think methods of bringing the Christian message to men and women today. Ecumenism will also be on the agenda. [6] These issues can surely be placed under the second heading that province consultors give advice on and report about: apostolic activity. Thirdly, the Holy See’s financial and economic structures are expected to be given some attention by the Pope’s advisory group also; and finance is the third matter about which consultors concern themselves in particular. Consultors must also direct their attention to any specific matters that the Superior General asks about, just as the pope’s eight advisors will direct their attention to any specific matters about which he may ask them.

Ordinarily the Provincial draws up the agenda for a province consult, in almost all cases helped by his right-hand-man, the Socius. Consultors may ask for items to be added. There are certain things that a provincial must consult about, such as the spending of large amounts of money or the admission to final vows of particular Jesuits. Other than that, provincials may avail of their consultors in very different ways, both in terms of how they consult and as regards what matters they consult about. This is to be expected as they have different personalities and also different strengths and weaknesses. Furthermore, ‘matters of importance’ will vary greatly over time. This will be true for Pope Francis, also, as he consults his eight advisors. He is determined that the consultation will be ‘real’, yet he is not bound to follow the consultors’ advice, just as a Jesuit Provincial is not thus bound either – although he must inform the General if he is going against the advice of all four consultors. There is no such person for Pope Francis to inform in that case (God already knows!).

Drawing these reflections to a close, we can say that Pope Francis’ emphasis on consultation seems to have two sets of roots: one that is Jesuit in character and another that comes from his experience as a bishop and from his ecclesiological reflections. To the Jesuit set of roots I would accord: his humble learning from his mistakes of not consulting; his awareness of the areas to which Jesuit consultors are asked to devote particular attention; and his emphasis on discernment in governance and decision-making, [7] recognising that this takes time and – he has also said – consultation with relevant others. To the set of roots that I have called ecclesiological, I would accord: the pope’s experience as Archbishop of Buenos Aires, where he consulted on a two-weekly basis with his six auxiliary bishops and several times a year with the Council of Priests. He found this highly beneficial, not least in making the right decisions. [8] This positive experience of consultation is situated in the broader context of a practice that is underscored by the Second Vatican Council but that has been rather absent from the Church’s manner of acting in recent decades: synodality. Francis’ concept of the Church is the totality of God’s people, journeying together, walking together with our differences. [9] We are believers, in conversation. The Pope’s move to worldwide consultation expresses this and the first upcoming consultation of his eight-cardinal advisory group makes it a reality.

James Corkery SJ is Associate Professor of Theology at the Milltown Institute in Dublin. He is currently spending a semester at the College of the Holy Cross in Worcester, Massachusetts, as a Visiting International Jesuit Fellow .

[5] See Andrea Tornielli, ‘Pope’s eight cardinal advisors say the Curia is not the only thing they’ll be reforming,’ 25 June 2013, at http://vaticaninsider.lastampa.it/en/the-vatican/detail/articolo/vaticano-vatican-el-papa-pope-25947/ , last accessed on Sept. 25, 2013. (Pastor Bonus was published by Pope John Paul II in 1988).

The Spirit and the Letter

To instruct the ignorant