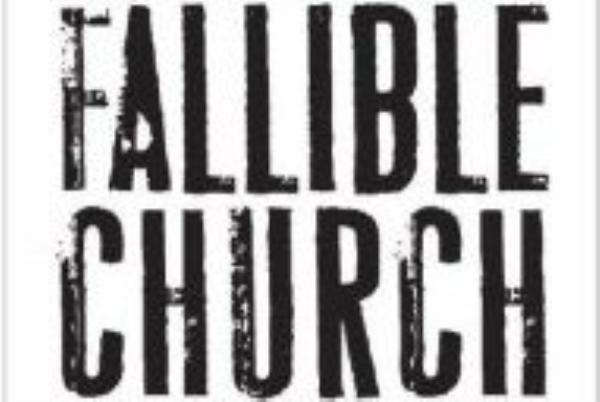 Uncertainty about authority; a bishop facing calls to resign with all the consequent fall out; unease about the sign of the times and a deep instinct that the Anglican Communion of churches needs an international forum to ensure unity in doctrine and discipline…  it sounds like the agenda for the forthcoming world gathering of Anglican bishops called “Lambeth 2008” and due this summer. Yet, it is actually a description of the situation in the run up to their first global Lambeth Conference of 1867!

The authors of A Fallible Church stress the importance of realising that the Anglican Church has faced crises before, and that crises can be both painful and moments of renewal. So what are we to make of the arguments they make?

To Roman Catholic ears the title of this bundle of essays might cause some confusion. Catholics seem to be historically inclined to think about debates on fallibility primarily in terms of the infallibility of the Pope. But fallibility and infallibility can also refer to the church itself, to the wider search for truth, to the infallibility of the church as expressed through general councils. For the Roman Catholic Church, general councils consist of the bishops convened in union with the Pope. Anglicans also recognise general councils as the church’s supreme authority, but do not accept that it is the Pope’s prerogative to convene them, preside at them, and ratify their conclusions.  They may have more support than they think for this view in the wider civil sphere.

But why have the authors chosen this theme? Are they afraid that the forthcoming Lambeth conference is going to fail? Or is something else at play?

In the preface, the Bishop of Portsmouth, Kenneth Stevenson, writes that the unifying feature of the essays is a desire to pay far more attention to history and common narrative than many Anglicans – and others – are ready to do at this moment. With these essays, eight learned men of the Anglican Church – curiously women are lacking from the list of contributors – try to hush the strife, and awaken a deeper and more tolerant discipleship in the Anglican Communion. To put it shortly, there have been crises before, keep hope, the Church will survive in ways yet unimaginable.

Have they been here before?

However, in 2005 another leading Anglican wrote with regard to church history that ‘when people set out to prove that nothing has changed, you can normally be sure that something quite seriously has. The very fact of feeling you need to show that things are the same implies that there has been an unsettlement of what was once taken for granted. When there is no awareness of things changing, certain questions are not asked’.[i]  The author of this warning? Archbishop Rowan Williams.

As a foreigner, and a non-Anglican, I particularly enjoyed the chapter by the Bishop of Norwich, Graham James, on the first Lambeth Conference of 1867. There are many parallels between the current situation of the Anglican Communion and that first meeting.  The Archbishop of Canterbury has no primacy over other bishops, the Lambeth Conference is not a synod or a council. It is simply a personal invitation to meet and discuss.  No bishop has a right to compel anyone to come and talk.  And in 1867 at least one was specifically not invited because he had caused considerable scandal to the church. Nor did the invitees always show up.  At the first conference of 1867, a hundred and fifty bishops had been invited and 74 declined to come (including the Archbishop of York).

It is in this chapter that we find our first clue as to why it is important to revisit the past. According to James, the Anglican Communion today is in so much turmoil because it fails to recognise how Christian doctrine develops in relation to surrounding culture and new learning. Bishops at the most recent Lambeth Conferences seem to have been largely unaware of what their predecessors have resolved and taught.  But how could this happen, even when the participating bishops were thinking that they were reaffirming the traditions of the church?  Regrettably, Bishop James offers no clear-cut answers to that question.

There is another lesson to be drawn from these essays, and that is the lesson from a man who realised that he himself, as bishop, is fallible. Bishop James Jones was one of the nine diocesan bishops who objected publicly to the proposed consecration of Dr Jeffrey John as the new bishop of Reading in 2003.  He is still convinced that it was unwise to try to bring the Church of England to a place that did not command broad support within the church, but is sorry for the way in which he opposed it and the pain this has caused.  And, to Bishop Jones, the searching for an understanding of sexual identity in the modern world is not over yet. In his essay he sets out how his own thoughts and understandings have grown through his encounters with Anglicans in America and Africa.  The most important lesson to Jones so far has been that, whatever the differences of opinion, there should always be space for genuine dialogue.  And these lessons of learning how to continue to develop our own insights, admit our mistakes and try to continue an open dialogue are important for every church leader, Anglican or Roman Catholic.

In 1998, the Lambeth Conference concluded that there was a vacuum at the centre of the Anglican Communion when it came to the hard decisions affecting the entire body.  Some Catholics might muse at this conclusion and call to mind the warnings of the 20th century desert father Carlo Carretto (1910-1988).  Carretto suffered a lot of criticism from the church, yet he refused to leave, saying “No, I shall not leave this church, founded on so frail a rock, because I should be founding another one on an even frailer rock: myself”.  But ending on such a self-congratulatory note would be unfair.

These essays show what it means to address painful issues which, within the Roman Catholic Church, have become so polarised that they are not even being debated openly anymore. The Anglican Church might be fallible, but the authors show courage in boldly facing a moment of great crisis and drawing hope when the signs are bleak.  Catholics can only hope to be able to do just that should we ever have to face such a profound crisis in our own church – or for that matter our lives more generally!

[i] R. Williams, Why Study the Past? The Quest for the Historical Church, Sarum Theological Lectures, London: Darton, Longman + Todd 2005, p. 4.

The Church of England and Women Bishops: Questions of authority

The Philosophy of Debt