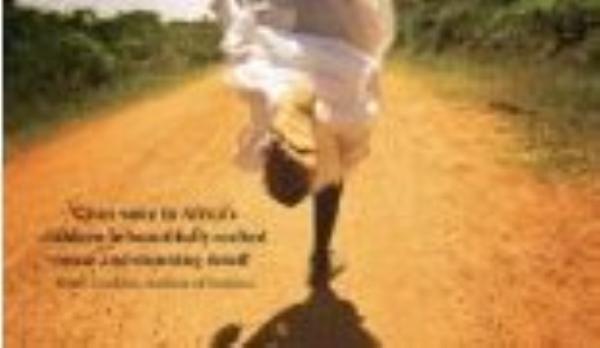 Uwem Akpan's Say You’re One of Them fulfils the Horatian requirement that a writing should give to the reader both instruction and pleasure. He offers an eloquent voice to African children to tell the stories of contemporary Africa. Although it is considered an anthology of short stories, I think the book is in fact made up of two novellas and three short stories. The stories are all told from the point of view of children, who are an integral part of a society struggling to make some meaning out of the urban poverty, civil conflict, child slavery and the religious intolerance that sometimes characterise life in Africa.

“An Ex-Mas Feast” examines urban poverty where a whole family’s hope of educating their son is dependent on the boy’s 12-year old sister prostituting herself in order to earn the money to pay the school fees. In “Fattening for Gabon”, two orphaned children are being fattened like animals for sale into slavery by their uncle. In “What Language is That”, two Ethiopian girls whose friendship is thriving are told they cannot continue their relationship because of the differences in their parents’ religion. While “Luxurious Hearses” describes the experience of a teenager fleeing to southern Nigeria from a religious conflict in the north who finds himself on a bus charged with the very same inter-religious hostility he is running away from, “My Parents’ Bedroom” tells the story of the Rwandan genocide from the perspective of nine-year old half-Tusti-half-Hutu Monique.

The child-protagonists have a lot to teach the adult world, especially in the way they spell out the universal human yearning for peace, social justice, inter-religious harmony and the end to inter-ethnic conflicts. Their wisdom is in the kernel of reflective monologues and of course in Akpan’s tightly constructed narratives. The book carries a message that goes beyond Africa, dealing as it does with the human search for meaning and social justice.

Most contemporary African writers work in several languages: standard English, pidgin English and of course the writer’s own native language. The author effectively weaves all three together, adapting pidgin English or sheng, an English-Kiswahili-based patois, in some of the exuberant dialogues. His muscular use of imagery and metaphor in the stories is also quite refreshing. Although pidgin English is sometimes associated with coarseness in elitist circles in Anglophone West Africa, it is indeed the lingua franca of the common person in many urban areas. For example, the expansive dialogue in “Luxurious Hearses” is the kind of conversation one is likely hear on a bus journey in West Africa. In the same way, the use of sheng in “An Ex-Mas Feast” would be a familiar sound on the streets of Nairobi. It is remarkable that the author succeeds in bridging this obvious linguistic gap without confusing the reader.

There are a number of strands to Akpan's work. One is the fact that storytelling is the mainstay of his community in Ikot Akpan Ada in southern Nigeria. Another is his Christian upbringing and Jesuit formation. His approach to language, character and action are both colourful and intense.

Akpan has produced a work whose quality can be recognised across the English-speaking world. His knack for extracting the truth regarding civil conflict, religious intolerance, child trafficking and urban poverty is unparalleled in African writing. And he does this in a style that is easily accessible. His is a matured voice demanding respect in contemporary African literature. It is no surprise that one of the stories in Say You’re One of Them was shortlisted for the Caine Prize in African Writing, the equivalent for African writers of the Booker Prize. His debut makes true the saying, ex Africa semper aliquid novi—out of Africa always something new.


The reviewer, Isidore Bonabom SJ, is a Jesuit priest from Ghana, currently living in London and studying in Brighton.

Find this book on Amazon

From hostility to hospitality: Refugee Week 2014