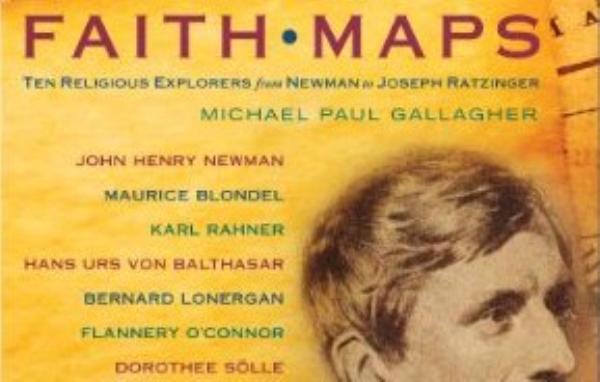 It is a daunting undertaking. Fr Michael Paul Gallagher SJ embarks on a journey with ten ‘giants’ of modern Catholic scholarship and hopes that, by the end of the voyage, they will be accessible to others.

The ‘ten religious explorers’ offer a fascinating list of possibilities: Newman, Blondel, Rahner, von Balthasar, Lonergan, O’Connor, Sölle, Taylor, Sequeri and Benedict XVI. Not all are conventional theologians, but all have a theology.

Gallagher’s introduction is autobiographical: ‘What began with Enid Blyton ended up with Balthasar, with years of Bronte, Bellow and Becket in between.’ Literature led Gallagher to theology, but, importantly, he says, ‘I developed a passion for making sense of faith in this new world.’ He speaks almost self-deprecatingly: ‘I simply did not have the expertise in theology that was typical of my fellow professors’. Yet he also recognises that this could be of great advantage: ‘With a sensibility shaped by literature and by years of exposure to an emerging culture, I read theology with different eyes.’

Faith Maps summarises and encapsulates the complex thoughts of great minds which did not write in simple sentences. Gallagher’s training in literature has given him an insight into the mind of his subject, enabling him to extract monumental ideas and translate them for lesser mortals. As Gallagher says, ‘These pages are an attempt to harvest my reading and thinking and to make it available for people in search of God… My objective is to make [the ten explorers’] riches accessible to more people.’

Faith Maps is not intended to be a quick read over a cup of coffee. It is a valuable companion for students who need a straightforward overview of important contemporary theology before launching into more detailed study. It is equally valuable for the contemplative reader, who wants to reflect and ‘to discover or rediscover the treasure trail towards faith that can transform everything.’

Gallagher compresses the monumental works of Newman into ten pages followed by five pages of an imaginary monologue in which Newman explains his belief that God speaks through a person’s conscience, imagination and reality. ‘Just as in my early days I was put off by impersonal and complicated arguments about the existence of God, now I realised that without my imagination being awakened, God can never become “real” to the heart.’

Faith Maps offers Blondel as someone filled with a sense of ‘almost but not quite’. God is, at one and the same time, attainable and also just beyond our reach. ‘For him faith becomes reality only through practical living… not reached by an effort of thought, but by concrete generosity.’ It is important to keep on moving because ‘if God were to give us complete repose in this life, we would “rest” there and not seek any further.’ Faith comes through a lived experience of God, deepening throughout life’s journey.

Gallagher condenses the theology of Rahner to a profoundly simple ‘magic of mystery’. For Gallagher, Rahner is saying, ‘When I want to help you to find God, I invite you to begin inside yourself… I am convinced that the road towards God passes through the desires of your heart, simply because those desires are placed there by God.’ Faith is preceded by a personal discernment, often subconsciously within those living on the margins of belief. God may be glimpsed through the highest aspirations of the human heart.

Faith Maps presents Hans Urs von Balthasar as someone overwhelmed by God’s ‘Wow! factor’, who saw himself in proportion to God’s immensity and, as a result, fell to his knees. Von Balthasar saw faith as a response to God’s initiative, using an analogy that all can recognise: ‘After a mother has smiled at her child for some time, it will begin to smile back; she has awakened love in its heart.’ Tellingly, Gallagher writes that ‘whereas Rahner’s more humanist approach seems able to reach unbelievers, Balthasar’s richly spiritual account of faith makes sense more easily to those who are already believers’.

Gallagher portrays Bernard Lonergan as a theologian who uses a more scientific, dialectic approach to a conscious choice of Love. The lived experience of God’s love leads to faith and commitment, which, in turn, leads to increased love and deepening faith. Faith is knowing and experiencing, with mind and heart, ‘the overwhelming surprise of being loved by God.’ Gallagher uses the analogy of a man and woman in love. When they reach a point of mutual commitment, ‘a new stage in their relationship is born’. ‘God has done great things, meeting our deepest hungers… faith born from love and giving birth to love is the God-intended crown of our long journey towards fullness…’

A laywoman and novelist appears amongst the illustrious theologians in Faith Maps. Flannery O’Connor used her readers’ imagination to guide them towards understanding and faith. Faith Maps presents her as a prophet who prays in the darkness, ‘Lord, I have faith. Help the little faith that I have!’ O’Connor visualises faith as a dynamic, ongoing ‘experience that leads to faith’. ‘Ultimately faith reveals how valuable we are, because our life, in spite of everything, was found by God to be worth dying for.’

Dorothy Sölle believed that true faith expressed itself in working for justice, proposing ‘an “exodus theology” with a focus on Christ as liberator’. Gallagher presents Sölle as a Moses figure, striving to lead the People of Israel to the Promised Land. Sölle saw apathy as the greatest obstacle to faith, declaring, ‘The apathetic God is not the God of the little people and their pain.’ Faith is belief-in-action. Gallagher beautifully summarises Sölle’s thoughts, saying, ‘If a spirituality of faith today neglects the unjust suffering all around us, it betrays the God of whom it speaks.’

Charles Taylor also believes that real faith must be expressed in action. It is a dynamic, unfolding, evolving and transforming influence to be inculturated into the community. Faith is not an intellectual exercise in discerning the meaning of truth, but is, instead, a lived response to Revelation. It is about ‘a whole way of life, a different vision of everything, ultimately about receiving and responding to a divine love called agape.’

Gallagher summarises the theology of Pierangelo Sequeri in a few words: ‘The attitude needed is not that of the laboratory but of the potential lover.’ Faith generates awe, inspiring the creative imagination of the artist to deeper insight: ‘We have faith before we have “a faith”’. Faith is born from the recognition of being recognised. It is a personal encounter which generates a life-changing personal trust and commitment. Thomas’s unforeseen encounter with the Risen Christ irrevocably changed their friendship into something altogether new: ‘In this moment of joyous upheaval, faith is born.’

Gallagher examines the theology of Joseph Ratzinger both before and after his becoming Pope Benedict XVI, offering a complex yet distinctive blending of elements of the other theologians considered in Faith Maps. This is not surprising: Newman and Ratzinger confronted modernism, but the latter’s constant battle is with the relativism that stupefies the world into an apathy which it mistakenly believes is openness. As with Taylor, Benedict sees faith as inculturated within a community aware of, and upholding, its traditions, but one which, as Sölle discussed, often travels through periods of darkness and doubt. Benedict’s understanding of faith is, like that of O’Connor, prophetic and often counter-cultural, challenging civilisation towards a more caring, just and loving future. Yet it also resembles that of Sequeri and von Balthasar, as the result of a deeply personal, life-changing encounter with a God who has a ‘Wow! factor.’ The discovery of faith is an ongoing journey (as it is for Blondel) and reasonable (Lonergan), but is also deeply in touch with the most profound desires of the human heart (cf. Rahner). Drawing together these threads of understanding, Benedict concludes that today, ‘the Church should open a sort of “Courtyard of the Gentiles” in which people might in some way latch on to God…’ Gallagher identifies the Pope’s constant theme, reiterated time and again, that ‘God has a human face’. Therefore ‘knowing God is not enough… Knowledge must become love.’ Faith is, to Benedict, nothing other than a response to love.

Faith Maps concludes with Seven Pillars of Wisdom: Belonging, Reflection, Inner Drama, Becoming as a Child, the Word made Flesh, Through a Glass Darkly and Doing the Truth. Gallagher draws together, into these Pillars, the threads of his ten ‘giants’, proposing that the fullness of faith is a synthesis of all of them. Faith is rich and complex. Yet at the end of the day, we are drawn towards the silence of prayer and ‘into a Silence whose least unworthy name is Love: in fact Three Lovers loving us into loving – within our graced and wounded world of human faces.’

Gallagher’s Faith Maps take the reader on a journey which is not always easy and straightforward. Yet I am reminded of a former colleague on Vatican Radio who, shortly after the election of Pope Benedict XVI, remarked, ‘I didn’t know that a Pope’s writings could be interesting’. Faith Maps is a journey of exploration, but one that is worth starting and following through to its end.

The Great and Holy War: How World War I changed religion forever