Skip to main content
Photo by Joshua Earle via Unsplash 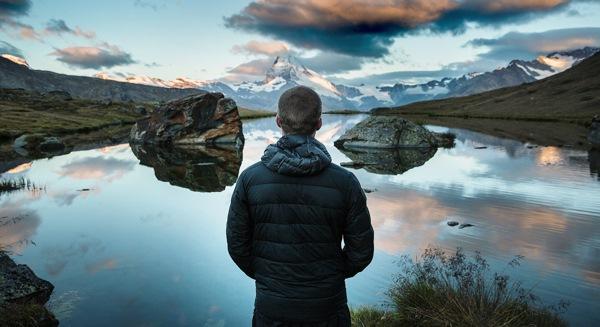 In St Augustine’s description of his ministry, he said that: ‘The turbulent have to be corrected, the faint-hearted cheered up, the weak supported; the Gospel's opponents need to be refuted, its insidious enemies guarded against; the unlearned need to be taught, the indolent stirred up, the argumentative checked; the proud must be put in their place, the desperate set on their feet, those engaged in quarrels reconciled; the needy have to be helped, the oppressed to be liberated, the good to be encouraged, the bad to be tolerated; all must be loved’. (Sermon 340) Sr Margaret Atkins sees this as a wonderful summary of the Spiritual Works of Mercy, which we are exploring in Lent through the lens of Laudato si’. Sr Margaret considers how the encyclical itself is an exercise in counselling the doubtful: ‘As our doubts disappear, our responsibilities come into focus,’ responsibilities which call us to be counsellors ourselves.

In 1995 I wrote a Catholic Truth Society pamphlet entitled, Must Catholics be Green? Recently, I revised and republished it in the light of Laudato si’, under the title Catholics and Our Common Home: Caring for the Planet We Share. Twenty years ago, I had felt out on a limb, both in the Church and in society at large. That was so even though John Paul II was already giving a courageous lead. It wasn’t so much that people explicitly disagreed with him, they were simply ignoring what he was saying. I had felt myself in a tiny minority in openly urging people to take the ecological crisis seriously.

Nowadays we all want to save the planet – or at least we all say that we do. But in fact the doubts and the doubters remain. Pope Francis’ first encyclical is in itself a spiritual work of mercy: Laudato si’ aims precisely to counsel the doubtful. Its six chapters (beautifully summarised in §15) each address a specific kind of doubt.

Is there an ecological crisis at all? The first chapter draws on ‘the best scientific research’ to argue that there is. Our faith requires us to use our God-given reason, and the evidence is clear that pollution, climate change, water depletion and loss of biodiversity have reached critical levels. Moreover, it is the poor who will suffer the most from it all. In short, ‘we need only take a frank look at the facts to see that our common home is falling into serious disrepair’ (§61).

But has ecology got anything to do with the Church? Yes, the pope continues, because God is the Creator. All of creation belongs to him, and is shared with us, in love, as a gift. ‘Soil, water, mountains: everything is, as it were, a caress of God’ (§84). Our task is to share in the reconciling work of Christ, through whom all things were made, and in whom all will be reconciled (Colossians 1:16-20).

Then how we should tackle this crisis: do we need a high-speed technological fix, or a total rejection of the modern world? Technology has brought us many gifts; the great danger it brings, however, is a technological mind-set, which aims at domination and control. Land and water, animals and plants, and worst of all weaker human beings, are then exploited in the interests of the powerful. ‘Our immense technological development has not been accompanied by a development in human responsibility, values and conscience’ (§105). The wisdom of faith, by contrast, teaches us the true value of human worth and human work.

But don’t we have to make choices: between being ‘green’ and being pro-life, or between justice for the poor and concern for animals? Here Pope Francis develops a simple but profound idea from his two predecessors: integral ecology. Under God, all aspects of our well-being – physical, emotional, spiritual, social, economic, political, ecological – come together. Damage one and you damage them all. Care for one and you care for them all. Take the simple example of walking to school instead of going by car. It gives children exercise; it calms them down and cheers them up before and after school. It makes them healthier and happier. They make friends and greet the neighbours. They learn to value the natural world, and the local community. Parents organise themselves to supervise the children, and make friends themselves. Walking saves money and it reduces pollution. Whereas cars reinforce status differences, the experience of walking is shared by rich and poor. ‘Everything is interconnected’, as the pope repeatedly insists.

But how can we live in ecologically friendly ways, when we are trapped by systems, of politics and commerce, of social organisation and expectations? Laudato si’ recognises the difficulty. In line with Pope Benedict’s Caritas in Veritate, Francis calls for dialogue and fresh thinking. We need new approaches to international, national and local politics. We need to rethink economics. ‘Put simply, it is a matter of redefining our notion of progress’ (§194). In fact, a lot of exciting new work is being done in these areas by experts who take seriously the ecological limits of the planet. As Catholics we are being called to open ourselves to new ideas and be prepared to ask radical questions of those in power.

A final doubt is born of fear: how will we manage to give up our comfortable lifestyles? Won’t our ‘green’ future in fact be grey and grim? Far from it, answers Pope Francis. He calls each one of us to ‘ecological conversion’ and appeals for the education that will make this possible. In doing so, he can call upon centuries of Christian teaching on detachment from, and the sharing of, material possessions. This, as the lives of the saints have repeatedly shown, brings joy and peace, to individuals and to communities. The final message to the doubters is thoroughly biblical: Do not be afraid! Enjoy life to the full!

There are devout Catholics who have doubts about concern for the environment. There are zealous greens who doubt the existence of God. There are those who believe in both God and the ecological crisis, but have doubts about what to do. Laudato si’ speaks to all these three groups. But it is not enough to be persuaded. As our doubts disappear, our responsibilities come into focus. We are called to inform ourselves of the facts and to ponder our place in creation under God. We are to open ourselves to new ideas, to support necessary change, to convert our ways of life and to teach our children. In other words, we too are called to counsel the doubtful, by the witness of our words and our actions.

Sr Margaret Atkins CRSA runs residential summer weeks for Catholics aged 20s-40s at Boarbank Hall in Cumbria. The theme for this year will be ‘Faith and Creation’. For more information see: http://www.boarbankhall.org.uk/index.php/whats-on/thinking-faith.