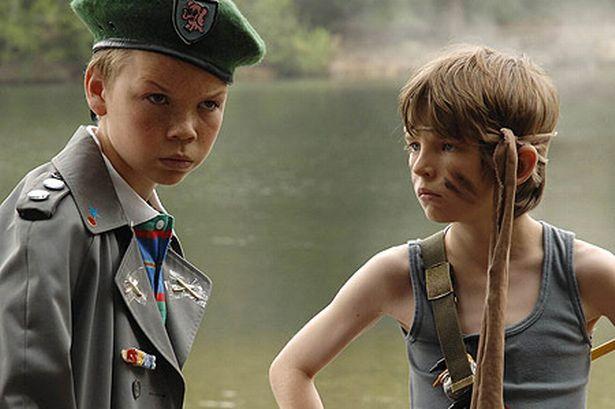 
It may have the worst title since The Pursuit of Happyness but Son of Rambow by any other name would still be “skills”, as its protagonists would say. Son of Rambow is set in the early 1980s and tells the story of two very different schoolboys. Will is a quiet, sweet-natured and highly creative loner whose family belong to a strict, insular Christian sect. As a result Will isn't allowed to watch TV, or even educational videos at school, and subsequently meets troublemaker Lee Carter in the corridors who's also been sent out of the classroom but for less wholesome reasons. When Will sees his first film at Lee's house, a pirated copy of First Blood, it blows his mind and the two set about making their own sequel. However, things go awry when French exchange student and preening school superstar Didier joins the production. Didier and his entourage turn the film into a major production and Lee resents his film being hijacked and his friendship with Will being overshadowed.

The idea that someone in recent years could go through life without ever seeing a film might seem completely fantastical but there's a real-life precedent. Writer/Director Paul Schrader, best known for his Taxi Driver script, was raised by strict Calvinists and didn't see a film until he was 18. That film was the highly strung courtroom drama Anatomy of a Murder and gave Schrader a full-blown panic attack. In a case of art imitating life, young Will has a nightmare after seeing the ultra-violent Rambo film. Instead of being horrified at the violence, Will awakes feverish with the creative possibilities. The thrill of seeing pirated videos is sure to illicit a nostalgic sigh for those old enough to remember the days before the internet, when tapes were secretly "borrowed" from big brothers then traded in the playground. Where's the romance in tapping out a few lazy keystrokes on the home computer? In the first of the film’s many light touches, this scenario simultaneously recalls and dismisses the tabloid hysteria of "video nasties" that was thriving at the time without any explicit reference, so to speak.

The rest of its 80s setting is also beautifully rendered: The opening scene pans across a cinema full of smoking patrons and lands on a schoolboy pirating the film with an unwieldy video camera. Pop music is used sparingly. Extremes of fashion are absent on the streets but ubiquitous in the sixth form common room, where everyone is a New Romantic. And in yet another light but telling touch, the children film their movie around an abandoned nuclear power plant, recalling the anxiety of the era.

It's impressive that director Garth Jennings, who's long been celebrated for his visual flare, is also a skilful and talented writer. His script is full of details that inform us of things beyond their scenes, piece them together and they reveal a wealth of well-rounded characters, subtle and succinct exposition, and a believable setting that transcends the film's whimsical premise. Take Will's mother, for example. In most of her scenes she's unreasonably tetchy. But when Will, in a seemingly unrelated scene, tells Lee about his father dying unexpectedly, those scenes with his mother seem tragic in retrospect. Similarly, it becomes clear that Lee Carter's grunting big brother is in the same boat as Lee. He too has been abandoned by his parents but unlike his little brother who absorbs it along with the other trials of childhood, he's old enough to be aware of the hurtful significance. Even Didier the pretentious aesthete gets a pardon when we see that his exotic ways that were worshipped in England are cruelly mocked by his French peers.

However, there is one group that doesn't get this sympathy and that's the Christian sect. No effort is made to understand their fundamentalism. Brother Joshua, the character who represents the group, is angry and judgmental. It's peculiar that the compassion which absolves the rest of the cast stops short for him. But this does not make the film anti-religious. Will and his mother are Christian and are clearly good people, and a prayer is used in a touching way at the film's ending.

Son of Rambow has a lot in common with recent film Be Kind Rewind. Both were made by directors who learned their craft on music-videos and both movies revel in the inventiveness of amateur filmmaking. But whereas the adult protagonists of Be Kind Rewind were initially confusing in their frivolous antics, the children of Rambow make the perfect vessels for uninhibited creativity. The kids also bring with them a bunch of compelling relationships that Be Kind Rewind overlooked in favour of quirkiness. That Son of Rambow's story is more conventional actually makes it more satisfying than its counterpart and because its tale is so beautifully told, one cannot resent its ambition for the mainstream.

St Henry Morse SJ: ‘A saviour of life unto life’
Alfred Delp: committed to Christ
Richard Attenborough: A life in pictures
‘Give them something to eat’: The Christian approach to food aid
Finding Happiness: Monastic Steps for a Fulfilling Life