Skip to main content
Photo by UK Parliament at flickr.com 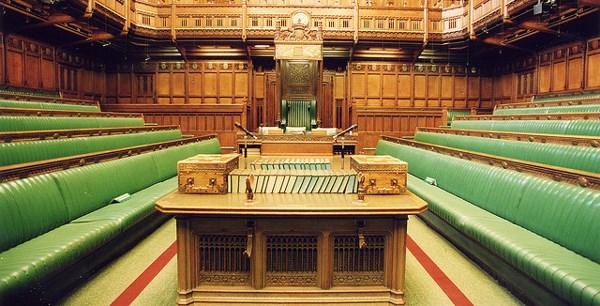 ‘Election campaigns are strangely bad times to try to fix things. The day after is a pretty good time to start.’ So what needs to be fixed, and where do we start?  Anna Rowlands argues that the General Election campaign and result highlight the need for a renewal of the public realm. It is vital that the state, market and civil society all engage in a truly participatory politics.

On Monday 4 May I was amongst a crowd of 2,000 people in Westminster Central Hall in London. The Citizens UK pre-election assembly represented something that was in short supply in this campaign: a serious, sustained interaction between politicians and the public on matters of substance.  This gathering represented a very particular kind of ‘public’: organised civil society presenting to party leaders a series of requests on public policy – a civil society coalition seeking to do business with what they expected to be a coalition government. The agenda, shaped over the last eighteen months, focused on four common good community issues: improving the quality and value of social care, placing a time limit on immigration detention, paying a living wage to those employed by the state and creating a community fund to assist with affordable community credit.

This was a very different gathering to that which took place five years previously. In 2010, an energetic David Cameron made a passionate speech in which he talked about his vision of the Big Society. In 2015, despite promises to attend, Cameron pulled out 24 hours before the event. It seems as if attending just looked too risky in the late stages of a cautious and fearful campaign in which unscripted contact with the public was largely avoided. But something else struck me as I watched Sajid Javid MP struggle to offer a Conservative response to the Citizens agenda: the relentlessly neo-liberal economic narrative which has guided the campaign left Javid with virtually nothing to say to a passionate and committed citizens group whose primary motivation is not narrowly economic.

I’ve been replaying this event in my mind all week. If a further five years of very significant financial cuts are ahead, including £12 billion of welfare cuts, the poorest will be deeply dependent on a more functional relationship between the state, market and civil society groups than was evident last Monday. In the short term we are likely to see a continued growth in the need for basic support for the most vulnerable. Despite the laudable focus on enterprise and jobs, further sanctions and cuts will only exacerbate this need. The Prime Minister made a point of emphasising a commitment to the poorest in his post-election speech. But this raises a plethora of urgent questions, and there is a real worry about who will ask them, especially as civil society and the voluntary sector now face a potential revolution of their own. Sources of funding are becoming more restricted, the needs they meet are increasingly complex, and their capacity to lobby is being reduced.

On the Right, voluntary welfare provision is increasingly seen as a solution not a problem: more effective, more personal, more responsible. Foodbanks are the model, even if hunger isn’t. There is a growing gap between Left and Right here. Yet we also need to confront the paradox that the churches and charitable bodies are growing social provision at a time when their own human and financial resources are under great pressure. Despite a desire to renew community provision, it is not clear that faith communities can sustain a growing, self-financing, structural role in welfare provision. It is also clear that many of the most active in the churches have serious theological questions about playing this role. At the very least, this government will need to find a more convincing way to build relationships with voluntary and civil society sectors. And invisible, unheard in all this are the political voices of those who live such precarious lives: they are least likely to vote and least likely to be part of an institution that gives them access to power and representation. In a myriad of old and ever new ways, are they not the biggest losers in this election?

In his famous Summer Meditations, Vaclav Havel writes that politics acts as a mirror of society, ‘a sort of incarnation of its potential’. It is partially true, he says, that we do get the politicians we deserve. But paradoxically, ‘the opposite is also true: society mirrors its politicians’ – and updating Havel, surely society mirrors its media gurus? We are often told that the public are sceptical of politicians – Jeremy Paxman was not the first or the last to ask ‘why is this lying bastard lying to me?’ – but perhaps the opposite is simultaneously true in 2015: did we not believe too much of what we were told? That the economic crisis could be understood in narrow party political terms; that immigration can be viewed through the lens of security, scarcity and austerity; that dealing with welfare boils down to a question of a willingness to work; that we don’t need to talk about the environment just yet; that the main question I need to ask is: where does my self-interest lie? We desperately need other voices – including those of the churches – who can help us see that the very frameworks we’ve been using to think about pressing issues in this election cycle might have a few flaws, and some serious alternatives. That is a role Pope Francis has performed rather well at a global level, and I for one am all the more hungry for his new encyclical after this brittle campaign; but it needs to take root in the local and national too.

Despite the dominance of a certain kind of economic thinking in the 2015 campaign, both Left and Right have shown signs of renewal rooted in thinking about the common good, as opposed to narrow self-interest. The Good Right and Blue Labour offer intimations of what a renewal of politics from a community base might look like. But this campaign has shown that neither movement has yet broken through into the mainstream of party political thinking, and that this thinking has yet to permeate the middle ground of the electorate. Ironically, an inverted version of it can probably be seen on the fringes of the electorate in the astonishing success of UKIP amongst traditional working class voters in the North and South. In the aftermath of the election, political pundits have been asking whether Labour can find a new version of itself that sounds rather close to that Blue Labour vision: one that is less focused on a statist narrative and more on a grassroots Labour movement, an alliance of community groups and institutions determined to challenge the forces that make vocation and virtue difficult to pursue in our economy. But this will raise questions in turn. In its response to a generation of fairly ‘macho’ politicians, the ‘faith, flag, family’ narrative has often felt oddly and unnecessarily macho, too. Can the emerging post-liberal political movements be intellectually and practically open and plural enough to accommodate difference whilst pursuing a clear agenda for the renewal of politics? Can they really form the basis for a truly participatory politics?

On the morning after the election, Nick Robinson noted astutely that ‘a firing squad has felled a generation of political leaders’. Parliament has lost a generation with immense political experience, a working knowledge of how to oppose and govern, how to campaign and lead. It is also true that behind the scenes many politicians have recognised that the public has now judged a way of doing politics that was already in its death throes.  Many inside politics (including leading Conservatives) have been waiting for the watershed of this election to pass so that work on rebuilding what – and whom – parties are for can begin. Election campaigns are strangely bad times to try to fix things. The day after is a pretty good time to start. The rise of the SNP and UKIP, and the basic insights of thoughtful parliamentarians, tell us that a fundamental renewal of the way that representation and participation works is necessary. But I am nagged by the thought that the slim majority won by the Conservatives will disguise this crying need. Will this mixed, complex result produce more divisive, partisan politics again rather than greater cross-party working and a renewal of the core structures of representation?

Vaclav Havel, denouncing a debased politics, offers this rallying cry: ‘In this state of things, it is the duty of politicians to bring back to life this potential, timid and lethargic, to show it a way’. Again, we can read Havel with gratitude but interpret his thoughts to match our own times. His sentiments only work if we can grasp that that we are each responsible for the renewal of politics. This cannot be left to parties alone. To grasp this is to grasp how change happens in politics: it starts outside of parties, but is then taken up into organising structures – equal pay, just wages, women’s votes, the welfare state, social housing… But more fundamentally, to grasp this is to understand that the public realm is not a space beyond us, but one that lies between us. It is incarnated in the ways we think, act and speak; it emerges from and sustains our bonds of affection. For those feeling despondent after the election – that public realm lies wide open, for it can never be closed. For those rejoicing – your vision is also dependent on the renewal of that same public realm, because the policy direction we have now committed ourselves to depends utterly on the quality of relationships we will sustain beyond the confines of market and state. We may be estranged, but our interests still lie in discerning the shape of a common life.

Dr Anna Rowlands is a Lecturer in Catholic Studies in the Department of Theology and Religion at the University of Durham.

Labour and the Common Good

Conservatives and the Common Good

Transfigured by justice
Daniel Berrigan SJ: Going back to the poetry
Reflections on the Feast of the Ascension
Evolution and Christian Belief
The Book of Revelation: Six homilies for Easter