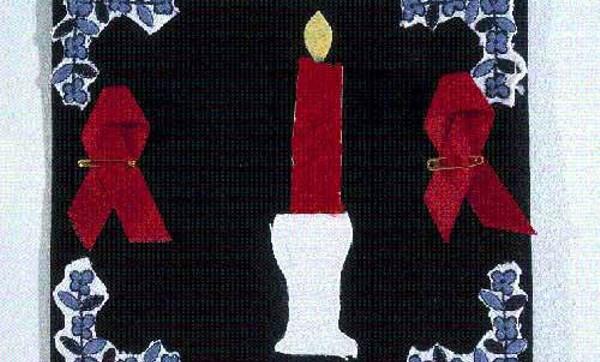 The focus of World AIDS Day 2017 is the ending of isolation, stigma and HIV transmission. Vincent Manning considers the important role that churches can play in meeting those challenges. How can church members, teaching and resources respond to the individual pastoral needs of people living with HIV and, in doing so, enter into a valuable partnership with the NHS in order to fight the virus?

Breaking the news of an incurable disease to a patient is challenging for a medical practitioner. When a person learns they are ‘HIV positive’ it is upsetting, shocking, sometimes hard to believe. The doctor reassures the patient that, if they adhere to medication, they can live relatively normal, healthy lives. But the shock is such that often, for the person, it still feels like a kind of death sentence. HIV diagnosis seriously disrupts a person’s life. Things will never be the same. It can take many years to come to terms with HIV.

The person must learn to manage their health. Medication has side effects and individual tolerance is not guaranteed. Research into living with HIV long-term shows higher rates of comorbid conditions than in the general population.[i] Nevertheless, if the patient adheres to medication successfully, the medics will have achieved their primary aim: the suppression of the virus in the body and, consequently, no risk of onward transmission.[ii]

However, in Christian terms, ‘health’ for people living with HIV (PLWH) is not confined to the management of a virus alone. To live healthily means more: to live is to flourish as God intends, which goes beyond just physical health and into the realm of spiritual well-being.[iii]

The NHS knows that faith matters in health care delivery.[iv] Unfortunately, in practice, clinicians have difficulty engaging with the religious belief of their patients. Under increasing pressure, clinical appointment time is reduced. Once bloods are taken, pressure checked and previous test results reviewed, time for other concerns or questions of meaning is limited. Likewise, secondary support services, counselling, support groups, etc., have been cut. In any case, clinicians are unlikely to feel competent regarding questions of faith. Physiological concerns are prioritised. Personal faith is overlooked, often considered irrelevant … unless the patient’s beliefs interfere with physical health, that is – faith is perceived as dangerous when, for example, a patient does not adhere to medication, believing that prayer can cure them.

This example may seem far-fetched. However, from pastoral ministry, I know this happens.[v] After diagnosis, PLWH feel desperate and afraid. Christians are vulnerable to the influence of poor preaching and misguided or exploitative pastors: Almighty God can cure the person of faith and so if you are not cured, it indicates weak faith. Cate[vi] recalls a friend who ‘…lived and died with this awful feeling that...God wasn’t curing her because she didn’t have enough faith. And that breaks my heart’.[vii]

This example emphasises how belief can impact negatively upon health. In other cases, failure to adhere to a course of medication is a result of low self-esteem, or the stubborn belief in a God of punishment and reward. Martin remembers how he felt after diagnosis:

Initially my diagnosis made me feel guilty and shamed…a sense that God had done this to me…at the time it really felt like God was punishing me…I wasn't…sure what I'd done to deserve this…I felt like that for a very long time.

Or take Gloria, who endured chronic pain and found coming to terms with HIV a constant struggle. She never told her family. For Gloria, medication became a daily reminder of broken relationships and deep spiritual wounds. There were months when depressed, isolated and hopeless, she did not take the pills. She asked me whether, in Catholic teaching, not taking HIV medicine was equivalent to suicide. She wanted to end her suffering, but feared ‘the fires of hell.’ Gloria died with AIDS aged 50 last year.

To live well means more than just physical survival. Any Christian life fully lived includes facing the hard question of what suffering means. HIV is still a confrontation with mortality. Questions of meaning and purpose challenge PLWH to reconsider all aspects of life. ‘When you are diagnosed it lands like a ton of bricks. How do you get up...and make something beautiful from that?’ Cate asks. The challenge, she says is, ‘a continual process of coming to terms with HIV and new circumstances and new situations, as they present, every day.’

Pastoral and spiritual support is vital. Christian PLWH need reassurance, encouragement and, above all, acceptance from their Church. Yet they know speaking about HIV raises ‘uncomfortable’ issues, not least because diagnosis has powerfully triggered their own latent fears and anxieties around sex, sexuality, disease and sin.[viii] The contours of the struggle to make sense of intimacy with God, oneself and others after HIV, become familiar. Relationships and sexual intimacy come into question, perhaps with particular issues around homosexuality or drug use, disease and death. PLWH who give voice to their questions understand that as they speak, they embody these ‘neuralgic’ issues within the wider body of Christ. It is a dilemma. Christian life is lived only in a community of faith. It is not a solitary, private pursuit. But can the Church be trusted to accompany PLWH?

The NHS is concerned to test for HIV. Late diagnosis reduces the effectiveness of treatment and carries a ten-fold increased risk of death within one year of diagnosis compared with those diagnosed early.[ix] Undiagnosed people, unaware of infection, risk passing on HIV to others. However, stigma associated with HIV, anxiety about a positive diagnosis and the belief that HIV is something that affects ‘others’ means that many people who are infected do not get tested.[x] Of 5,164 new diagnoses in 2016, 42% were late.[xi]

Infection rates are highest amongst gay men and black Africans. Consequently HIV campaigns target these groups. Outreach teams attend gay pubs, for example, and, as church attendance among Africans is high, a strategy aimed at pastors in so-called ‘black churches’ is pursued. Pastors are considered the gatekeepers, nothing can be done without their permission. Pastors represent God’s (male) authority, and influence the congregation. Training days for pastors and community HIV testing in churches aim to identify PLWH, so that they can access treatment. However, there are problems with this approach. The ethical and theological issues cannot be explored fully here, but I offer three relevant points, albeit in simplistic terms.

In the USA, black Americans are disproportionately affected. In every society, the already-poor are more vulnerable to HIV infection. HIV thrives along the fault lines of existing and historic injustice. Sandra Barnes’ study of the way in which black megachurches respond to the twin challenges of poverty and HIV is revealing.[xii] She confirms my perception that more often than not, HIV is avoided. Where churches do have HIV programmes, the following conditions apply: first, there is an awareness of HIV impacting locally. Second, the pastor has a sense of being called personally by God to respond; he is usually long-serving and trusted by his congregation. And third, the church is committed to social justice and congregation members have some experience of encounter with ‘the person of Christ living with HIV’. Barnes provides detailed steps requiring time and planning, involving the pastor and the congregation, for HIV agencies that wish to engage churches. She recognises that HIV challenges churches not just pastorally, but at the levels of theology, doctrine and ecclesiology. Equipping churches for HIV is a complex task.

Testing in UK black churches has had modest success in terms of new diagnoses that might otherwise remain undiagnosed.[xiii] One person diagnosed may be one or more lives saved. However, community testing relies upon costly health professionals and demands the attention of often busy pastors. Social justice issues less likely to meet resistance or cause controversy are preferred. Targeting pastors also reinforces a clerical-hierarchical ecclesiology. This approach does little to empower lay Christians, especially women, who may be more sensitive to and aware of the issues. Finally, HIV stigma in churches exists and persists. Shaped by theological outlook and reinforced by teaching and preaching, stigma makes churches unsafe, unwelcoming environments for those affected and infected by HIV. It silences honest conversation, undermines effective medical care and increases the vulnerability of church members to new infections.[xiv] This challenge requires ongoing prayerful reflection, unlikely to be achieved through community testing events.

The Good News in conclusion

Faith and spirituality can help PLWH ‘flourish’.[xv] Christians are responding. Positive Catholics, run by and for PLWH, is the sole national pastoral ministry for PLWH in the UK. It is a globally unique model of Christian HIV ministry. In addition, Catholics for AIDS Prevention and Support, the charity that supports Positive Catholics, launched Positive Faith online in October 2017. Funded by the NHS, it provides short video resources for use in churches. It is also a resource to which a clinician can signpost any Christian PLWH, for medically accurate and theologically sound guidance and encouragement. The films follow theologians, pastors and lay Christians affected and infected by HIV, who share their experience in the language of faith. Positive Faith is an encounter with Christ living with HIV in the body of Christ. It enables any Christian to start a conversation with others: it can be the beginning of theological reflection and includes achievable ideas for informed action. This project demonstrates that the Church can be a valuable partner for the NHS in responding to HIV. The health sector provides medical support and health promotion campaigns. Discerning what God is saying to Christians in the midst of HIV and what our response should be is properly the responsibility of the whole Church.

Vincent Manning is Chair of Catholics for AIDS Prevention and Support (CAPS). The charity is supported by the parish community of the Church of the Immaculate Conception, London. For further information http://caps-uk.org/ & http://www.positivecatholics.com/

[vi] Individuals are quoted with permission. For reasons of confidentiality some names have been changed.

[viii] For an exploration see Allen, P.L., The Wages of Sin; Sex and Disease, Past and Present (London: University of Chicago Press, 2002).

[ix] Diagnosis is considered late when the immune system ‘CD4 cell count’ is below 350/ml. A CD4 count below 200/ml has been used to define progression from HIV infection to AIDS. In HIV negative healthy adults the CD4 count will be in the range 500 – 1600/ml.

[xi] Brown A. E. et al., Towards elimination of HIV transmission, AIDS and HIV-related deaths in the UK (London: PHE, 2017).

[xiv] See World Council of Churches quoted in: Paterson, G., Stigma in the context of development: A Christian response to the HIV pandemic (London: Progressio, 2009), p.7.