Skip to main content
Photo by Jeremy Yap on Unsplash 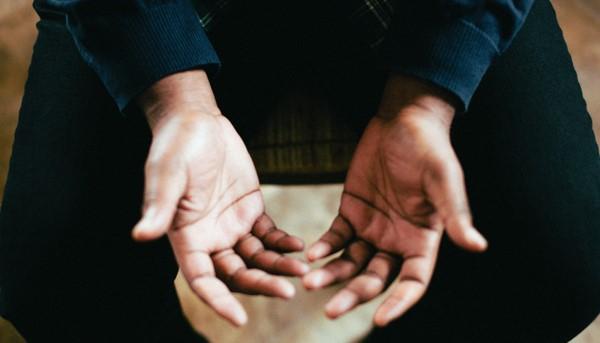 In John’s Gospel, just before Jesus’s arrest we find him deep in prayer about the world that he is leaving behind, for the unity of its people with God. Gemma Simmonds CJ invites us to see in Jesus’s words a challenging vision of peace, according to which we are called to orient ourselves towards God and all of his creation through our own lifestyles.

I am a child and a grandchild of war. Both sides of my family experienced devastating loss in two world wars, including imprisonment by the Gestapo and the horrors of the Nazi concentration camps. My parents met in the ruins of Berlin in 1945 and spent the first years of their marriage rebuilding peace in Germany and Greece. War in Europe was the background narrative of my family’s older generations, but growing up the narrative shifted from echoes of someone else’s war to live conflicts both near home in Northern Ireland and in countries of which I had never heard until Biafra, Vietnam and Cambodia became household names. Small wonder, then, that I grew up to be a convinced peace protester, going on numerous marches against war, the sale of arms, the threat of nuclear annihilation and weapons of mass destruction.

Now the rather weary veteran of some fifty years of protest, it strikes me that my anti-war stance has made little difference to the state of things. We’re still surrounded by wars and rumours of wars. Our own country and many of our allies continue to profit from the sale of arms and from proxy wars waged on foreign soil for the world’s resources. Last year our Minister of Defence promised during the world’s largest arms fair in London that Britain would ‘spread its wings across the world’ through its weapons sales. Official figures reveal that we’ve increased our arms export licensing to authoritarian regimes by a third since the Brexit referendum. If this is going to be part of the proposed Brexit dividend, I for one would rather not receive it.

My prayers to bring about a reduction in violent conflict have not met with significant success. Perhaps I didn’t pray hard enough. Perhaps God had other ideas. Or perhaps I didn’t and don’t fully understand that praying for peace means more than bending the ear of an otherwise reluctant God to come up with the goods. American folk singer Tom Paxton had a song that did the rounds on many of those marches, ‘Peace Will Come’, which included the lyric ‘And let it begin with me’ – and therein, perhaps, lies the secret.

Like any other kind of prayer, prayer for peace is the articulation of a desire to have within ourselves the same mind that was in Christ. We cannot pray adequately by our own efforts, but can ask for the grace to be taken into the heart of the Trinity, where Jesus himself prayed. In John’s Gospel we see Jesus praying for our peace on the night before he faced his greatest conflict.

Father, protect them by the power of your name […] so that they may be one as we are one... My prayer is not that you take them out of the world but that you protect them from the evil one [….] My prayer is not for them alone. I pray also for those who will believe in me through their message, that all of them may be one, Father, just as you are in me and I am in you.  (John 17: 11-21)

Jesus understands peace to stem not from an absence of trouble, or a flight from the complexities of the world, but from sharing in the unbreakable union between himself and the Father. The Principle and Foundation of Ignatius’s Spiritual Exercises tells us that this is the very ground of our being and the reason for which we were created.  Any move away from that union, experienced and expressed in intimacy both with God and with one another, will draw us inexorably away from our core purpose and into attitudes and patterns of thought, speech and behaviour that lead to conflict. The creation story in Genesis tells us that it’s in our DNA, as it were, to be in union with one another and with our fundamental context for living: the natural environment and our natural partners in life of every species, so prayer for peace begins with prayer to have healed within ourselves everything that brings us into disharmony with them.

At this very moment Cape Town and other parts of South Africa are threatened with running out of water. Were we to follow the pattern of Genesis our own bodies should be aching at the very thought of our sisters and brothers and our Mother Earth thirsting and dying of drought. Psalm 65 in the Book of Common Prayer psalter speaks of a God ‘who stilleth the raging of the sea: and the noise of his waves, and the madness of the people.’ The madness of war begins with the madness of disharmony with the very earth from which we are made, disharmony with one another in the way that we choose to live, irrespective of the harm done to our wider community. Yet in the face of this madness and raging sea Jesus lies asleep, apparently deaf to our pleas and oblivious to the uproar.

As in Chesterton’s poem, Jesus doesn’t offer us comfortable tranquility as a cheap imitation of peace. Peace is tougher and harder won than that. The peace Jesus offers may paradoxically lead us into the very eye of the storm. But those who truly live in intimacy with God will know that even in the heart of darkness God’s peace can be found. That peace lies not in the avoidance of conflict but in avoiding internalising and acting out conflict, or colluding with the powers and dynamics of conflict within the systems by which we order our societies. It begins with our small, insignificant selves saying no to every thought, word and attitude that is an aggressive approach to the other and living a daily yes to all that lives and has its being in the mind of God. That is a truly radical change of lifestyle – no wonder so few manage it.

German Jewish philosopher Edith Stein who became the Carmelite Saint Teresa Benedicta of the Cross, found that peace in the heart of darkness in Auschwitz, where she perished in the gas chambers. She wrote:

O my God, fill our souls with holy joy, courage and strength to serve you. Enkindle your love in us and then walk with us along the next stretch of the road before us. We do not see very far ahead, but when we have arrived where the horizon now closes down, a new prospect will open before us and we shall meet in peace.

It may well seem that many horizons are now closing down before us as bonds of social, political and economic union are collapsing or being broken. It’s here that we need to stretch our vision and our hearts in faith towards Christ crucified and risen, our ultimate horizon, who ‘himself is our peace, who has […] broken down in his flesh the dividing wall of hostility’ (Eph.2:14).