Skip to main content
Photo by Keirsten Marie at flickr.com 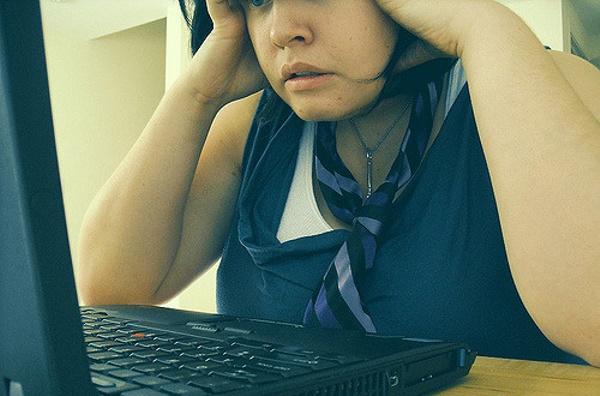 1 May is International Workers’ Day (a day on which we also traditionally celebrate St Joseph the Worker), an opportunity to celebrate work and to think about the issues that affect modern workers. Phil Callaghan raises ‘The X Factor Problem’ that is causing concern to too many members of the workforce and suggests we can solve it with a little help from Catholic Social Teaching.

The most serious of the evils that afflict the world these days are youth unemployment and the loneliness of the old. The old need care and companionship; the young need work and hope but have neither one nor the other and the problem is they don’t even look for them anymore.

This stark comment from Pope Francis in an interview with Italian newspaper La Repubblica just a few months into his pontificate drew surprise and even criticism. Some commentators argued that the pope’s identification of the gravest evils undermined or diminished other problems in society.

I must confess that at first I, too, was surprised by Pope Francis’ words. However, upon reflection on my own work and experiences with the Young Christian Workers (YCW) movement, I soon realised how astute the pope had been. In March 2013, the YCW launched a campaign on working life and young people. Our first aim was to gain a deeper understanding of the reality of working life for our members. Our survey discovered three principle concerns that young people have in relation to work. The first was, quite expectedly, unemployment. Following the global financial crisis of 2008 and the subsequent recession, unemployment across Europe soared. While other countries had higher levels of unemployment in general and youth unemployment in particular, in the UK young people suffered the consequences disproportionately in comparison to older generations. Even though some economists have pointed to ‘green shoots’ of economic progress, the youth unemployment figures from March 2016 show that almost 14% of people aged 16-24 are unemployed, compared with a figure of 5.1% for the entire workforce.

The second concern was the rise of ‘zero-hour’ contracts, and the instability that arises from these arrangements. A member of our movement from East London offered an example of this. He told us that after earning his university degree, the only employment he could find was a zero-hour contract with a catering business. He would receive morning phone calls on a regular basis to call him into work later that day. On one such occasion, he was unable to undertake the work due to a prior arrangement; it was three weeks before he received any further offers of work. Advocates of zero-hour contracts point to the freedom that they give to workers. While this may be the case for some, it is clear from the scenario described above that there are also instances in which they must be regarded as insecure and exploitative.

The third prominent concern that came out of our research was a lack of value placed upon some jobs. When asked about their profession some respondents were embarrassed and would reply with phrases such as, ‘I am just a cleaner,’ or ‘I only work in a supermarket.’ It is a sad state of affairs when an individual degrades themselves and their work in this way. This is something which I dubbed ‘The X Factor Problem.’ The language in which people referred to their own work or the way in which they looked down on the work of others reminded me of the negative way in which certain careers are negatively portrayed on television talent shows. Individuals are given a hope of a new career, an ‘escape’ from their ‘ordinary and mundane’ working lives. While it is right that we should aspire to use our talents to the best of our ability this should never be to the detriment and devaluation of other, equally important, working roles.

Our findings therefore revealed a reality that is in stark contrast to the celebration of the dignity of work that is an integral part of the social teaching of the Church. The 1891 encyclical Rerum Novarum took the ‘worker problem’ right to the heart of Catholic Social Teaching. But work already occupies an integral place in both the Old and New Testaments. In the Genesis creation narrative we are told that God, ‘took the man and put him in the Garden of Eden to till it and keep it’ (Genesis 2:15): God created us to be workers who participate in and continue God’s own creative work. This concept is reinforced in the Compendium of the Social Doctrine of the Church, which recognises that work is integral to the human state: ‘Work is part of the original state of man and precedes his fall; it is therefore not a punishment or curse’ (§256)

Given the vast contradiction between the experience of working life for many people and the dignity to which the Church declares that workers are entitled, there are bound to be implications for society as a whole and specifically for the Church. The teachings of the Church on dignity and labour are clear; however, the teaching is not there merely to give us an image of a utopian life. Rather it offers us a vision of what God wants for us and therefore inspires us to work for the realisation of that vision, in our own lives and those of others. The Church does not and cannot offer concrete solutions to every problem – after all, the teaching is universal and timeless, and responses may need to differ radically between culture and time. Rather, the Church offers us a methodology by which we can discern how best to respond to situations in which God’s will is not being fulfilled. In the YCW we call this the Review of Life, but it is more commonly known as the pastoral cycle. This encourages us to see the reality, judge it in accordance with Scripture and church teaching, and commit to taking concrete action. This method of ‘See, Judge, Act’ was first coined by Joseph Cardijn, the Belgian priest and later cardinal who founded the Young Christian Workers. Such was the influence of this method that Pope John XXIII affirmed it in the 1961 encyclical Mater et Magistra:

There are three stages which should normally be followed in the reduction of social principles into practice. First, one reviews the concrete situation; secondly, one forms a judgment on it in the light of these same principles; thirdly, one decides what the circumstances can and should be done to implement these principles. These are the three stages that are usually expressed in the three terms: look, judge act. (§236)

This approach was reaffirmed in Gaudium et Spes and can be clearly seen in the writings of Pope Francis, especially in Laudato si’.

A good example of how this approach has led to an intervention at a national level has been the welcome move from the Catholic Bishops Conference of England and Wales to promote the Living Wage campaign. More initiatives like this will show that the Church does indeed live out its teaching. It is right that the Church should work with secular institutions that share our values, including trade unions that support and fight for fair working conditions, and such collaboration is more likely to be effective. It also provides a platform for dialogue to enhance the relationship between the Church and others in society, and even an opportunity for evangelisation.

It is also right that the Church uses her voice to point beyond the financial implications of unemployment and precarious work to the mental and emotional consequences of a lack of work or substandard working practices, just as Pope Francis has done. Good work allows people to exercise responsibility and accountability, to influence practice and decision-making in their workplace. Where these opportunities are not in place, we have a workforce which is unhappy and unfulfilled. A good example of how the Church is working to restore agency in the workplace is the work done by St Antony’s Centre for Church and Industry in Trafford Park, Manchester. For many years, supported by the local Church, they have worked to promote a better understanding of the social teaching of the Church, especially in relation to industrial and economic issues. Part of this work has seen them develop community-based projects across the North West of England to respond directly to the needs of the workforce as well as establishing and leading training programmes for the unemployed in skills such as such as literacy, numeracy and IT. This provides the trainees with not only these skills but also a place in which their dignity is valued.

The renewed vision of the laity at Vatican II has allowed many lay people to understand their lives, including their work, as a vocation. But there have been vast changes to working life in the 50 years since: people of working age in the UK spend almost 40 hours of their week in the workplace, and so an authentic vision for the laity must have working life at its heart. As we look towards the future it is certain that the jobs market will change still further and working patterns will adapt, although it is hard to predict how. One thing that is clear is that a time when most people found a stable, 9-to-5 job post education is unlikely to return. The first step to ensuring that we are prepared to respond to these changes is perhaps the most obvious, yet might be the most difficult. If we work, we must ensure that we see the value and dignity in what we do, even when that is a challenge. It is only through truly valuing our own work that we can begin to challenge the societal perception of low-paid work as less valuable or dignified than a job which pays a high salary. As the Body of Christ, we are called to tackle injustice wherever we see it, including in the workplace, and a commitment to seeing the value in all work is an act of solidarity that challenges this injustice. To make a commitment to valuing our own work, whatever it is, is the first step to enabling others to do the same and therefore offers some of the hope that Pope Francis recognises is lacking particularly in young people.

Phil Callaghan is the National President of the Young Christian Workers. Find out more at : http://www.ycwimpact.com/.

The Strength of the Excluded: World Meeting of Popular Movements at the Vatican

Bresurrection: Brexit and the task of reconciliation