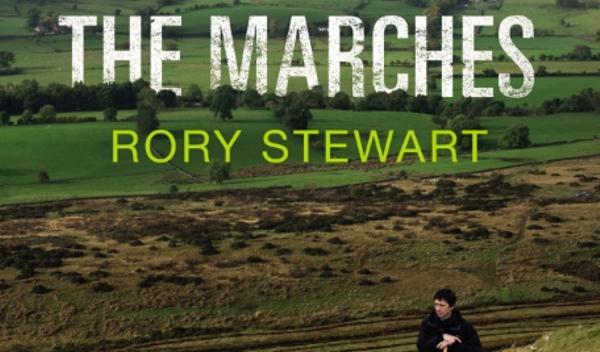 In 2011, on a warm day just after the August riots, while walking the hundred miles or so of the South Downs Way, my sons and I came upon a grand old lady resting in an outdoor armchair savouring a sundowner before dinner. The Hampshire valley where we met was now owned and farmed by younger generations of her clan who had dug a fishing lake in one corner of their land for visiting Japanese businessmen to chase carp or trout, which was, she explained, ‘rather amusing, given what they put us through’. Not far from naval Portsmouth, history hung in the air as she spoke. Moving on to the clashes on London’s streets that summer, she said she was ‘concerned about urban decay’, which is why she ‘wouldn’t venture these days into Petersfield more than once a month’. History and place, perspective and geography collided and unfurled gently but surely as we talked, intermingling with concerns about theft in rural areas, the seasons and her hopes for ‘the young ones’.

Five years after that encounter, the Conservative MP for Penrith and the Border has published his own record of much longer walks at the other end of the country: one walk the length of Hadrian’s Wall, another from his Cumbrian home to the Scottish one of his forbears. Rory Stewart himself is an honorary Cumbrian, representing as he does in Parliament huge swathes to the north of the Lake District, but his family has lived for centuries within a few miles of the Perthshire town of Crieff. The book is in every sense a wander through the life and times of his father, Brian Stewart CMG, whom the reader gets to know as an endearing, courageous, understated, able man of enormous personal achievements. What emerges from these combined strands is a travelogue of note, a touching personal history and something more.

Walking can make life feel more worthwhile, more lived. Serious walking can provide time to recover and reflect. The history of pilgrimages also suggests that travellers not only brought and bring income but also information, and thereby became the means by which news, narratives and commerce were spread. Rory Stewart is not sure why he walks, but after 600 miles and more of acute insight, history and topography – actually a more rigorous approach to psycho-geography than its own practitioners would likely admit – The Marches leaves its reader with a sense of having feasted. Stewart is endlessly fascinated by the countryside not simply as an environmental artefact but as a place where people work and make livings. He is attentive to the manner in which farming has shaped the landscape but also how geography has shaped rural life and trades. Walking past the historic forts of Hadrian’s Wall he is steeped in academic debates as to whether the wall was actually a ‘porous’ meeting point of cultures and the cynosure of trading habits, or a clear barrier to discourse between two – or more – warring peoples.  Each fort on the wall marked not only a garrison but more often than not another language or national grouping.

Cutting across the ideas and habits of place he elucidates a ‘Middleland’ which crosses the historically contested ‘border’ of what today we call England and Scotland and where Hadrian’s Wall is only a relatively recent invention. This is a raft of territories where raids made boundaries moveable feasts, from where William Wallace was upon death quartered to the parts of Britain to reflect his Welsh ancestry and English links and where, depending on class and origin, one might be entirely local but speak Norman French, Cumbrian dialect, Gaelic or Latin, to name but a few. It is a place also where the ‘sudden’ definition of legal boundaries aided the imagination of memories and narratives that shaped the communities to be found within them.

It would be too easy to compare The Marches to Robert Macfarlane’s escapes into nature or Bill Bryson’s excursions around a small nation. The human observation, though, is too intense, the conversations described too rich and the interest in how ordinary people ‘get things done’ so attentive that while this is a book of walks and about walking it is so much more. As with Stewart’s earlier work, his prose helps us understand how citizens live today, in this case north and south of – and across – ‘the borders’. It sheds light on a distinctive historical context while the forces of nature, economy and geography are omnipresent.

There is another strand of this work that confounds those seeking to put landowners in ‘boxes’ and consign the contribution of Old Etonians to the flashy lanes of London’s Notting Hill.  Rich as this book is, Britain’s metropolitan capital barely merits a mention, especially when compared to the descriptions of Newcastle, Wigton, Carlisle and Berwick. And through the life of Brian Stewart, one encounters Borneo, the Second World War liberation of France, pastoral care of Geordie soldiers, his beloved dogs and the work of espionage, far more than Hyde Park or the machinations of Whitehall (familiar though they will have been to this great man). His funeral, which makes its way into the closing pages, is, as he requested, an occasion for dancing – Scottish dancing.

This outstanding work might best be read as one sets out on a walk of one’s own, harnessing its method as a handbook by which not only to listen but to hear, not simply to explore but to learn, not only to admire nature but to encounter its towns, tides and forces in all their variety. And a reminder that in persons grand and struggling, heroic and stretched, rural and urban, whether in the old ‘Middleland’ or in the pathways and man-made fishing lakes of the South Downs, are to be found the rich narratives of ‘one nation’.

The reviewer, Francis Davis is Professor of Communities and Public Policy at the University of Birmingham and Visiting Scholar at St Benet’s Hall, University of Oxford.