Skip to main content
Photo by Daniela Munoz-Santos at flickr.com 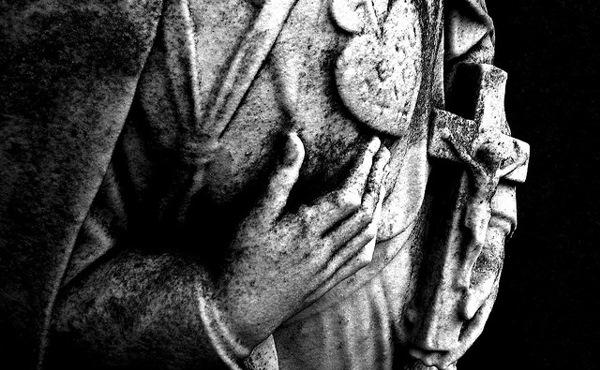 At the beginning of the Jubilee Year of Mercy, the journals of the European Jesuit provinces come together to welcome Pope Francis’ call for the Church to be an ‘oasis of mercy’. In this jointly-published editorial, we explore how ‘mercy is at the core of the Church’s identity’ and ‘at the centre of the Church’s missionary activity’.

We want to highlight three features of Pope Francis’ papacy which we believe can help to focus our reflections during this coming Jubilee Year of Mercy. On 17 March 2013, in the first Angelus after his election as pope, Jorge Mario Bergoglio quoted Cardinal Kasper’s book Mercy: The Core of the Gospel and the Key to Christian Life, saying: ‘It did me such good that book, so much good.’ Few people could have guessed then the importance that the topic of mercy would have in Francis’ pontificate.

At that point, the significance of his episcopal motto, Miserando atque eligendo, was not obvious, either. Francis explained it himself in the interview he gave to the Jesuit journals that now share and publish this editorial, the interview conducted by Antonio Spadaro SJ. The pope said, ‘I think the Latin gerund miserando is impossible to translate in both Italian and Spanish. I like to translate it with another gerund that does not exist: misericordiando [“mercy-ing”]’.

The third example comes from that same interview, in which Pope Francis stated quite clearly, ‘that the thing the church needs most today is the ability to heal wounds and to warm the hearts of the faithful; it needs nearness, proximity. I see the church as a field hospital after battle’.

A heart of mercy

With these insights in mind, the role which mercy has played in Pope Francis’ ordinary magisterium and his convocation of the Jubilee Year of Mercy are not surprising. Of course, mercy is at the core of biblical revelation, because it is at the core of our Trinitarian God’s heart. From a theo-anthropological perspective, Saint Thomas Aquinas (in Summa Theologiae, II-II, q. 30, a. 4) considered ‘that mercy directed to our neighbours in need is the supreme virtue in human persons’, highlighting as well that mercy has both an affective and an effective component.

The Jubilee Year of Mercy will begin on 8 December, a date chosen ‘because of its rich meaning in the recent history of the Church’. It will start with the opening of the Holy Door, on ‘the fiftieth anniversary of the closing of the Second Vatican Ecumenical Council’ (Misericordiae Vultus §4), a council that followed Pope John XXIII’s call: ‘Throw open the windows of the church and let the fresh air of the spirit blow through.’ In Evangelii Gaudium, we read another pontifical invitation to be an open Church, since, ‘a Church which “goes forth” is a Church whose doors are open’ (EG §46). Opening one’s hearts and lives is a way of showing mercy.

It is incorrect to speak of an opposition between mercy and truth, as if there were two opposing sides in the Church. Nor is there any contradiction between Pope Francis and his predecessors—think, for instance, of Benedict XVI’s Caritas in Veritate or John Paul II’s Dives in Misericordia.

The Council’s Dogmatic Constitution on the Church, Lumen Gentium, authoritatively states: ‘Christ was sent by the Father “to bring good news to the poor, to heal the contrite of heart”, “to seek and to save what was lost”. Similarly, the Church encompasses with love all who are afflicted with human suffering and in the poor and afflicted sees the image of its poor and suffering Founder. It does all it can to relieve their need and in them it strives to serve Christ’ (LG §8). This criterion offers guidance for the Church’s commitment and behaviour in a number of situations. In fact, as the papal bull of indiction reminds us, the Church is called to be an ‘oasis of mercy’; not just the Church in general, but all ‘our parishes, communities, associations and movements, in a word, wherever there are Christians’ (Misericordiae Vultus §12).

We will mention here two examples of the practical application of this principle, both delicate and significant. The first one refers to abortion. As is well known, Pope Francis has decided ‘to concede to all priests for the Jubilee Year the discretion to absolve of the sin of abortion those who have procured it and who, with contrite heart, seek forgiveness for it’ (letter to Archbishop Fisichella, 1 September 2015). Of course, this does not deny the ‘tragedy of abortion’, which is ‘profoundly unjust’. But, the pope continues, ‘genuine welcome [can be] combined with a reflection that explains the gravity of the sin committed, besides indicating a path of authentic conversion by which to obtain the true and generous forgiveness of the Father who renews all with his presence’. God’s love is not rigorous, nor permissive. Neither can be the Church’s merciful praxis.

Something similar can be said regarding the second example we give, related to the complex reality of the family, with its failures, sufferings, brokenness and struggles. The Church, as a Mother, recognises the need for merciful pastoral care in a variety of situations, including: couples civilly married or living together; wounded families, including single-parent families; persons who are separated or divorced – remarried or not; and persons with homosexual orientation. God’s mercy needs to be embodied in Christ’s Church, showing ‘caritas in veritate’ in a concrete and convincing way for persons in all these situations.

If Lumen Gentium focuses on the Church itself, looking somewhat inwards, another great document of the Council, the Pastoral Constitution Gaudium et Spes, directs its attention to the Church in the world, in its ad extra dimension. Mercy is at the core of the Church’s identity, relationships and life. But mercy is also at the centre of the Church’s missionary activity, since all human realities, and society as a whole, are moved by and are oriented towards God’s heart. ‘The Lord is the goal of human history, the focal point of the longings of history and of civilization, the centre of the human race, the joy of every heart and the answer to all its yearnings’ (GS §45).

The often-quoted initial sentences of Gaudium et Spes come now to our minds and hearts: ‘The joys and the hopes, the griefs and the anxieties of the men of this age, especially those who are poor or in any way afflicted, these are the joys and hopes, the griefs and anxieties of the followers of Christ. Indeed, nothing genuinely human fails to raise an echo in their hearts’ (GS §1). How does this message apply to our present world? It surely resonates with a number of difficult situations, particularly in this ‘culture of exclusion’ in which we live. There are many relevant issues, but because of a limitation in space, we want to focus on just one of them.

This editorial is signed by a number of European Jesuit journals, and it is evident that Europe is now facing a number of challenging crises – a refugee crisis, a humanitarian crisis, a political crisis. What does mercy have to say in this situation? On different occasions, the pope himself has shed some light on this issue, including in his recent message for the World Day of Migrants and Refugees, where he offers the response of mercy to this pressing challenge: if we are honest with ourselves and about reality, we will recognise that ‘the Gospel of mercy troubles our consciences, prevents us from taking the suffering of others for granted, and points out way[s] of responding which, grounded in the theological virtues of faith, hope and charity, find practical expression in works of spiritual and corporal mercy’. So, how can we address the present refugee crisis from this evangelical perspective?

On the one hand, we wholeheartedly acknowledge the prompt and generous response of a significant number of persons, families, communities and grass-roots organisations in civil society. Solidarity stems from merciful hearts. Instead of reacting out of fear or selfishness, the majority of European societies have responded from the heart, bringing to the surface their Christian roots, sometimes overlooked or discarded. On the other hand, we must say that this type of personal response, while necessary, is insufficient. Christian charity has a political dimension. And mercy needs to be embodied in the legal realm. Especially when we refer to refugees, as in this case, international law must be applied, bearing in mind the compulsory nature of signed agreements for all states. To assist persons who flee from war is not an optional decision taken by certain politicians; it is a requirement of international regulation and human rights. Finally, it must be said that humanitarian emergency plans cannot overshadow the need for long-term integration programmes at home, and a serious commitment to peace processes to bring about the end of wars in the countries of origin of refugees.

Misericordiae Vultus is an invitation to be ‘merciful like the Father’. Just as the father in Luke’s parable relentlessly looked for his son (cf. Lk 15:20), we are invited to keep an eye on our brothers and sisters, to pay attention to their situation and needs, to discover their faces, to recognise a shared humanity. As Lithuanian-French philosopher Emmanuel Lévinas stressed, the face of the other (his or her visage, or vultus) creates an ethical obligation: ‘The face speaks to me and thereby invites me to a relation… the face opens the primordial discourse whose first word is obligation’ (Totality and Infinity, 198, 201). In an ethical and Christian vision, we respond to that calling by helping the other in his or her need. As Saint Ignatius of Loyola pointed out, ‘Love is shown more in deeds than in words’ (Spiritual Exercises §230). The works of mercy are our response to our wounded world’s call.

To comfort the afflicted