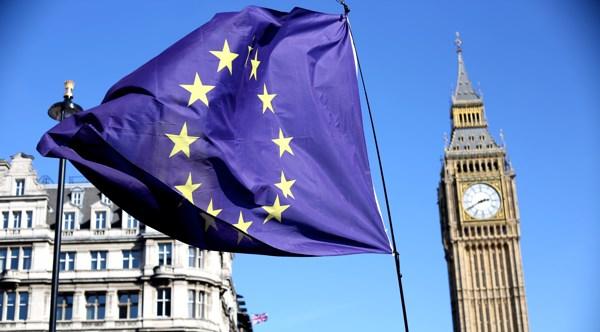 23 June marks the anniversary of the referendum in which the United Kingdom voted to leave the European Union and, many would say, the beginning of a year of political turmoil, nationally and internationally. Beneath the headlines and amid the chaos, what has slipped through the collective net? James Hanvey SJ and Michael Kirwan SJ offer their thoughts.

The idea and ideals of Europe

The Brexit vote of June 2016 exposed a whole series of divisions between the constituent nations of the UK and revealed deep fractures that ran between generations, urban and rural cultures, economic and social classes. Promises were made by both the ‘Leave’ and ‘Remain’ sides, to be hastily retracted as the adrenaline of the campaign receded and the hang-over of reality set in. The contradictions soon began to appear: Brexit claimed it would liberate the nation(s) from the yoke of Brussels by restoring sovereignty to the British parliament and judiciary, but ended up in a disturbing questioning of both in the name of ‘the will of the people.’ To turn such a convenient ‘popularist’ mantra into a principle that cannot be thwarted threatens the very democracy which its advocates believe it expresses. Experience teaches that every democracy needs balances to ensure that it remains just, accessible and mature, and does not degrade into a mercurial populist tyranny masking a self-interested oligarchy.  It is as if the UK had learned nothing from Europe’s dark 20th century.

The UK has never really understood that the EU is not just an economic project but a moral and cultural one. It is an attempt to exorcise the horror of the destructive ideologies that legitimated human atrocity, and establish the basis of a new order which can prevent their return. In this sense, the EU is as much a redemptive act as a political project. From its beginning the popes have understood this; they have sought both discreetly and overtly to encourage and support it. This does not mean that a critical distance has been lost. It has been employed to strengthen and remind the European countries that political and economic union is a means to an end not the end itself. This is part of the Church’s eschatological realism. Yet, it also gives to the Church the moral task of remembering, of searching within and beyond events to their roots and causes, and preserving their positive possibilities as seeds of a better future.

In his acceptance of the Charlemagne Prize (2016), Pope Francis exercised this reflective service: ‘What has happened to you, the Europe of humanism, the champion of human rights, democracy and freedom? What has happened to you, Europe, the home of poets, philosophers, artists, musicians, and men and women of letters?’ He then went on to call for a ‘memory transfusion’, updating ‘the idea of Europe’ capable of giving birth to a ‘new humanism’. His address outlines the three key capacities for a renewed Europe: the capacity to integrate, the capacity for dialogue and the capacity to generate. The values of the address are even more relevant to a divided and confused post-Brexit Britain, which seems to assume that salvation comes through markets.

James Hanvey SJ is Master of Campion Hall, University of Oxford. This is an edited extract of a forthcoming article for Concilium.

In his essay, The Storyteller, Walter Benjamin cites Villemessant, the founder of Le Figaro newspaper: ‘To my readers an attic fire in the Latin Quarter is more important than a revolution in Madrid.’ The power of social media, images and the new, uncertain politics of 2016-17 require us to think a bit more about this contrast, and how people are linking the local and the international in a way that Villemessant could not imagine. The awful event of the Grenfell Tower fire and its aftermath, coming so soon after the General Election, has highlighted our need for an emotionally-charged politics, one that requires our leaders not just to govern effectively, but also to connect directly and dramatically with their people. Theresa May’s disappointing campaign was partly attributed to her emotional aloofness, compared to the ‘authentic’ appeal of Jeremy Corbyn. This perception was reinforced by her failure to engage with the victims of the Grenfell fire, which the media painted in stark contrast to Corbyn (again) and the Queen. While it is unlikely that Grenfell will in fact trigger a revolution, the fallout has been immense; it may yet prove to be a turning point in British politics.

It is worth asking precisely when we started to demand of our leaders this capacity for intense emotional bonding. Perhaps it has always been there. Private Eye satirised the post-Princess Diana expressions of this with a call for the palace to fly the flag at half-mast on the death of Michael Jackson: ‘For God’s sake, Ma’am, show us you care!’ In any case, the new populist politics from 2016 onwards has confirmed that leaders across the political spectrum who give the illusion of connecting directly with ordinary people, their fears and resentments, can wield an enormous attraction at the ballot box (Trump, Duterte; less spectacularly, Johnson and Farage).

Every politician, of course, requires approval and support. It is, I think, a healthy sign of the British electorate that it instinctively rejects any attempt by its leaders to accrue too much power. Theresa May’s mistake was to call an unnecessary General Election whose sole purpose was to give her a stronger mandate; to which the electorate’s response was: ‘no’. In the same way, we can recall that Margaret Thatcher’s downfall finally came during a leadership ballot, when she had declared that she was intending to go ‘on and on and on’.

Worth noting here is the importance (once again) of social media, and its shaping of the politics of emotional spectacle in the era of Trump. The analysis of the political philosopher Giorgio Agamben is instructive. He points to the importance of glory and of formulas of acclamation in traditional political notions, most obviously kingship: ‘Long Live the King’. These derive ultimately from the Bible and the importance of praising God. One would have expected all this to have disappeared from secular politics – surely a majority of votes in a ballot is the only thing required for legitimacy? But it seems that in the age of spectacle politics this is not enough: the leader’s authority needs to be acclaimed directly, by noisy and enthusiastic crowds as well as by lots of digital ‘likes’, a model that Jeremy Corbyn's campaign used to full effect.

One might also note that the political arena from the Brexit referendum onwards has been pretty bleak for Christians, with little sense of the Church having any kind of shaping voice in the debates. While many Christians would contest the admission of the Liberal Democrat leader, Tim Farron, that he had found his Christian commitment to be incompatible with leading a modern democratic party, it does give cause for concern. There seems in general to be a ‘faith deficit’ in contemporary political discourse. Perhaps we need to look harder. Worth highlighting here is the fact that many of the ‘outlandish’ proposals or opinions espoused by Corbyn and others during and since the election campaign, such as the aversion to nuclear weapons and the notion that the properties of the rich should be seized to house the homeless after the Grenfell fire, are in perfect synch with Catholic Social Teaching.

Michael Kirwan SJ is the Director of the Heythrop Institute for Religion and Society.

What has the EU done for... Germany?

Seven years in Westminster: Where are we now?