Skip to main content
Photo by Tori Rector at flickr.com 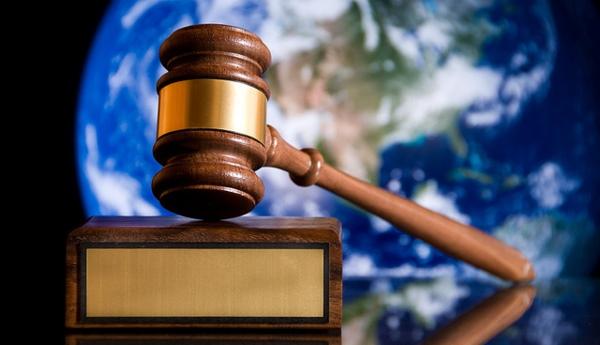 Last week the High Court ruled that the UK Government cannot invoke Article 50 to instigate Brexit without consulting Parliament. What does the outrage at this decision that has been expressed in some quarters say about the British relationship with the law? ‘It is as if the judges have taken to themselves the words placed by Robert Bolt in the mouth of Thomas More,’ says Patrick Riordan SJ.

The expressions of anger and annoyance at the judgment handed down by three judges of the High Court on 3 November are reminiscent of the outrage expressed by the UK public on various occasions against decisions of the European Court of Human Rights (not an EU institution) or of the European Court of Justice (the EU institution). The similarity of response makes one wonder if the objection now is – and always was – to the interference by the judiciary in the executive’s exercise of power, and not specifically to the exercise of the jurisdiction of ‘foreign’ courts over UK affairs. Now that a domestic court has ruled to insist that traditional British procedures be observed, the outrage at the decision cannot reasonably invoke patriotic defence of national sovereignty.

What, then, is the basis of the most recent objection? That established British tradition should not stand in the way of necessity, but ought to be compromised in the name of expediency? Edmund Burke would have something to say about that. That the rights of persons and groups to challenge the decisions of the executive should not be allowed to block Her Majesty’s Government in the exercise of its Royal Prerogative? The creators of the great tradition of habeas corpus would have something to say about that.

Can we avoid the conclusion that the real objection to the High Court’s decision – and similarly to previous decisions of European courts – is that it dared to constrain the executive’s ability to enact the will of the people? It is one thing to regret that the Court’s decision turned out as it has – just as the 48% of voters who voted to remain in the EU, including the majority of Scottish and Northern Ireland voters, might regret the outcome of the EU referendum – but it is another thing to pillory and abuse the justices for doing what they are sworn to do: to uphold the law as made by a sovereign parliament and interpreted by the Courts through the centuries. Alas, the media carry much more heated abuse than considered regret. The latter might well be warranted, because of the unknown consequences which will follow. Will this verdict lead to an early general election? Will it lead to postponement of the triggering of Article 50 to effect the referendum result? Who knows what is ahead, and this decision adds to the uncertainty. But the heat and the anger in the current response suggest more than anxious concern. There is real frustration that the executive is not being allowed its own way.

The British relationship with the law is complex. As the home of a very distinctive tradition of legislation and adjudication known as Common Law, England has contributed many treasures to what is now known as ‘the Rule of Law’, not least the principles of habeas corpus, trial by jury, presumption of innocence, and rejection of retrospective application of law. There is much to be proud of and to celebrate, also, because it was hard won from autocratic and assertive monarchs. More so than the British, Americans celebrate Magna Carta as an achievement of rights (of Barons), as a step on the way to their own Bill of Rights and to modern Human Rights legislation.

English literature reflects the ambivalence in the attitude to the law. Dickens’s Bleak House is a marvellous satire on the legal establishment. On the other hand, there is Robert Bolt’s play, A Man for All Seasons, in which Thomas More as Lord Chancellor defends the law which threatens him, because it alone provides him with protection against powers which he could never resist or defeat. He even allows the Devil the protection of the law, and uses the beautiful illustration of a windbreak consisting of slender trees which can provide some protection against the threatening gales.

‘What would you do? Cut a great road through the law to get after the Devil? ... And when the last law was down, and the Devil turned round on you – where would you hide, Roper, the laws all being flat? This country’s planted thick with laws from coast to coast, Man's laws, not God's, and if you cut them down – and you're just the man to do it – do you really think you could stand upright in the winds that would blow then? Yes, I give the Devil benefit of law, for my own safety's sake!’

Dickens’s healthy satire on the law’s impenetrability and self-serving claims of dignity is balanced by Bolt’s insight into the necessity of this instrument for the doing of justice. As does the character of Roper within the play, the present day critics of the High Court’s decision speak with fervour and enthusiasm on behalf of important values, summarised as democracy understood as the will of the people.

Thomas Jefferson objected to the creation of the Supreme Court of the United States because it was not democratic; the judges would not be elected and would therefore not be responsive to the people. This was the weakness of the judiciary over against the other arms of government, the legislature and the executive. In the American system, as is well known now from the recent experience of the Obama administration, the Legislature (Congress) and the Executive (President with his cabinet) limit each other’s powers. Both of these have democratic warrant, but for Jefferson, the Supreme Court, charged with authority for the interpretation of the Constitution, lacked that democratic source of legitimacy. He did not give much weight to the need to constrain the demos, or at least the majority, since his faith in ‘the People’, at least in that transcendent entity in his mind, knew no bounds.

The English philosopher and parliamentarian, John Stuart Mill, had no such faith in the people, and certainly not in any majority of them. He was acutely aware of how democracy could lead to a tyranny of the majority, and it was this concern that motivated his essay On Liberty, which has become a classic of British political thought. Even public opinion could be tyrannical, and his liberty principle arose from the need to have constraints on the scope both of law and of public opinion in coercing the conformity of individuals and minorities.

While the separation of powers is a value in the British system no less than in the American one, there is a difference in its institutionalisation. The judiciary is independent in both, but in the British case executive and legislative powers are not separated as in the US Constitution. The UK Government is formed from the majority in Parliament, and effectively is the legislature to the extent that it can deliver a majority on important votes. However, to formulate the matter thus is to overlook the role of the opposition, which is an integral part of the legislature. It ensures that the executive is obliged to face questions and challenges on its legislative and policy programmes. While an opposition, even if united, is such because it does not command a majority, it can still be effective in constraining the powers of the executive and so ensuring that the danger of a tyranny of the majority is avoided.

The anger at the High Court’s judgment in some measure reflects an unwillingness on the part of the Government or its supporters to be accountable by having to face questions in parliament from the opposition. The preferred rhetoric now is more the republican one of invoking the will of the people. While the High Court’s decision is pilloried as placing an obstacle in the way of fulfilling the people’s declared wishes, the judges have reminded the Government and the country as a whole that the proper way of proceeding is according to the traditions of parliamentary democracy – the ‘proper way’ being understood as the legal way. It is as if the judges have taken to themselves the words placed by Robert Bolt in the mouth of Thomas More: ‘This country’s planted thick with laws from coast to coast, Man's laws, not God's, and if you cut them down– and you're just the [team] to do it – do you really think you could stand upright in the winds that would blow then?’ What gales threaten us now?

Patrick Riordan SJ is a member of the Heythrop Institute: Religion and Society.

Our common goods in the European Union

The Embryology Bill: What is at stake?