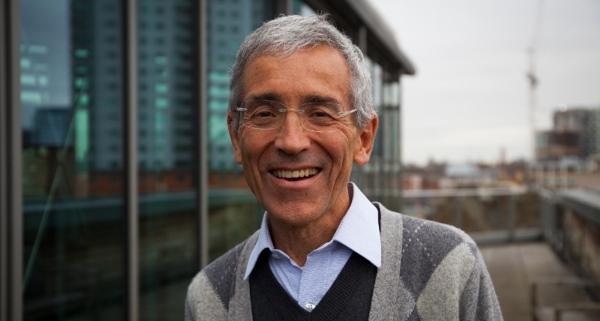 A bilateral ceasefire was agreed last week between the Colombian government and the FARC guerrilla movement. Fr Francisco de Roux SJ describes how the Peace and Development Programme of Magdalena Medio, a CAFOD partner organisation, has been working on the ground for many years to facilitate peace in one of Colombia’s most notoriously violent regions, and looks forward hopefully to further transformation of the country.

As civil society and faith-based leaders, our work for peace over the last four decades has often made us a target for all armed groups in Colombia, a country experiencing the longest internal armed conflict in the western hemisphere.

In the 1990s and early 2000s, we faced radical opposition when we were working with the poorest, the excluded and the victims in Magdalena Medio. The region, based around the oil town of Barrancabermeja, is known chiefly for the violence that has characterised the battle between guerrillas and paramilitaries for control of this strategic area, rich in natural resources.

Our purpose was to accompany regional communities in a programme of development and peace in the middle of the conflict. But we were often considered suspicious, dangerous and unacceptable - by the paramilitaries, the military, the guerrillas or the local authorities. During our time there, paramilitaries assassinated 24 members of our team, and the guerrillas killed three of our companions.

I remember the day we found Alma Rosa Jaramillo, a courageous woman from our team, an audacious lawyer who was working to support displaced small-scale farmers. First she was kidnapped by the National Liberation Army (ELN) and I spent seven days negotiating with the guerrillas for her release. Then she was captured by the paramilitaries. When we managed to recover Alma Rosa, she was lying in the mud, dead; they had cut off her arms and legs with a chainsaw.

Nevertheless, we kept looking for peace in Magdalena Medio, talking with the guerrillas, the paramilitaries and the army, trying to demonstrate that there was a way to work together, if we took the risk of opening ourselves up to the human dignity present in each and every one of us.

Dignity is the profound virtue that we all share: we matter as individuals, as families – as people. We have seen this dignity in women and men in the countryside who refuse to be displaced, to lose their leaders, to be kidnapped – those who stood unarmed facing those who had the power and the guns.

There, in the Magdalena Medio region, when we were surrounded by violent groups, we discovered that weapons do not guarantee safety. That the only true and sustainable protection comes through trusting people. And that to win trust we have to go through a long process of dialogue and mutual acceptance, and unprecedented individual and societal changes, in the midst of uncertainties.

Last week, another chapter in the history of my country was written. A bilateral ceasefire was agreed between the government and the FARC (Revolutionary Armed Forces of Colombia) guerrilla. A final peace agreement due to be signed in the next few weeks will, we hope, bring an end to over fifty years of terror and victimisation. Half a century of war that has caused 7 million people – women, children, teenagers, men – to be displaced from their homes. Urban and especially rural communities are desperate and exhausted by the war.

But even peace means division. Because of political interests our president campaigned for his election with the slogan ‘I am the peace and my political opponents are the war’, and this slogan has divided the country. The former president, Alvaro Uribe, now leader of the opposition, has seemed unwilling to accept a peace agreement if he himself is not the author of it. There are also economic interests involved in the prolongation of the war. The military, the cocaine barons and an important group of the ruling class, see their economic power threatened with the end of the armed conflict.

I have the sad foreboding that while this bilateral ceasefire and a future peace agreement might be celebrated in the many countries that have supported our peace negotiations, in Colombia it will lead to fighting in the streets.

However, we know that we have to keep going, to continue, to persist, in the struggle for peace and reconciliation. We have the continuing support of UK aid agency CAFOD and the energy of plenty of women and men who have made a stand for peace. We will see a period where empowered communities will stand up for their rights against the intransigence of the powerful right-wing politicians, business people, landowners, mafia barons, paramilitaries and entrepreneurs of devastating mining companies.

Signing a peace agreement is only the beginning of an extremely challenging process of peacebuilding which, if we are to have sustainable peace, obliges us to enter into a complex and demanding transformation in Colombia.

Father Francisco de Roux was founder and director for 15 years of the Peace and Development Programme of Magdalena Medio, one of the most successful local peacemaking initiatives in Colombia. For many years he has been a leading voice for a negotiated settlement to Colombia's decades-long armed conflict.