Skip to main content
Photo by Martin Cathrae at flickr.com 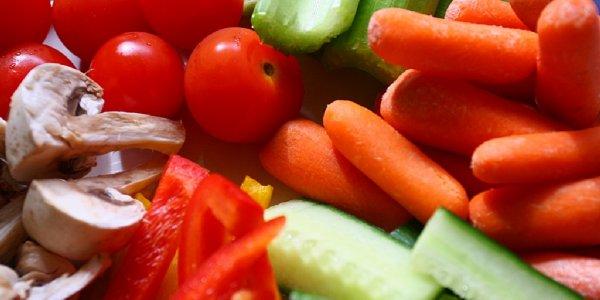 If Lent ‘prepares the Christian to become an Easter-person’, how can abstaining from eating meat contribute to this preparation? Samuel Overloop explains why a reduced-meat or meat-free diet can be a form of spiritual as well as physical fasting.

Is not this the fast that I choose: to loose the bonds of injustice, to undo the thongs of the yoke, to let the oppressed go free, and to break every yoke? (Isaiah 58:6)

Abstaining from animal products during a period of fasting is a practice that dates back to early Christian monastic tradition. This tradition persists in the Orthodox Churches where even today fasting is characterised by abstinence from all animal products. But while abstaining from meat in the Roman tradition is mainly associated with the sacrifice of the Cross (the Friday penance), in the Orthodox tradition the fast is also a prefiguration of life in paradise, where ‘the wolf shall live with the lamb … and a little child shall lead them’ (Isaiah 11:6). In this way it becomes an act of reconciliation between humanity and the natural world, a restoration of a relationship which has suffered because of the sin of Adam and Eve.[1] I believe that the meaning of a Lenten fast can be deepened by reflecting on this ancient practice of meat abstinence in the light of reconciliation with creation.

Lent is a time to reflect on our habits, and to become free from habits that are harmful to ourselves and others in order to become healthier people, in body and in spirit. However, Lent is not an end in itself. It prepares the Christian to become an Easter-person by instilling habits that make one free to live, by the grace of God, a life of charity and justice. To fast to this effect, the physical fast of Lent must be accompanied by what Origen calls a ‘spiritual fasting’, which is characterised by two dimensions: exercise in the virtue of temperance and the avoidance of sin. Sin here must be understood in a broad sense, as ‘failure in genuine love for God and neighbour caused by a perverse attachment to certain goods’[2]. I understand ‘perverse attachment’ here to mean an attachment that causes harm either to oneself or to other human beings. Thus by fasting a Christian tries to abstain from causing harm. One observance that can contribute to this aim is to abstain from eating meat. It is clear from scientific studies that the high consumption of meat in the Western world causes harm, and so adhering to a balanced diet with reduced or no meat is a meaningful achievement. So, what harm is caused by the Western diet?

According to recent figures the average amount of meat consumed per individual in the UK amounts to 79.3kg per year or 217g per day. The 2009 study, Eating the Planet has dubbed this diet ‘the Western high meat diet’[3]. It shows that meat consumption rises in correlation with gross domestic product (GDP) and at the current rate of increase, assuming that economic growth and consumption patterns do not accelerate in the coming decades, the global average consumption in 2050 will be the equivalent of a Western high meat diet today. This projected increase presents, according to the study, several consequences that affect animals, people and the planet in a direct way.

To produce the amount of meat projected by the study, global livestock production will have to double. If you consider that current production is already responsible for 18 per cent of global emissions of greenhouse gases, a doubling of livestock production will jeopardise all other efforts to slow down global warming and avert climate change. It is widely accepted that climate change is already disproportionately affecting the poorest in the world; this can only exacerbate the problem.[4]

The water footprint of 1kg of beef is 15,400 litres of water. In comparison, the same weight of vegetables has a footprint that is 48 times smaller: 322 litres.[5] This has become painfully clear in California, which is experiencing one of its most severe droughts ever recorded. California uses 80% of its water reserve for agriculture, the main consumer being a very thirsty plant called alfalfa that is used in cattle feed.

·         Increased pressure towards crop intensification resulting in loss of biodiversity

An increasing demand for meat will lead to more intensive livestock systems. More and more animals will be reared indoors, leading to a decrease in animal welfare.

Looking at these projections, it is obvious that the consumption of meat is not a matter of indifference;  it has the potential to harm, and to a certain extent it already harms, the health and/or livelihood of many people. The report Eating the Planet suggests that a fair meat diet, namely a diet that is sustainable worldwide, would consist of an average of 90g meat per person per day, considerably lower than the current average in the Western high meat diet. The ancient practice of abstaining from meat, then, seems to be commendable even in this day and age. By observing this practice we can achieve a balance in our diet that is good both for individuals and for the climate.

According to Google Trends the interest in meat-free and vegan diets is rising rapidly in the UK. Amid growing concerns for the ecological impact of meat consumption worldwide and the health issues that ensue from eating too much meat, and maybe also because of famous meat-abstainers such as Anne Hathaway, Brad Pitt and Bill Clinton, people are changing their food habits and starting to embrace diets that contain less meat (flexitarian), no meat at all (vegetarian) or no animal products (vegan). And while the prediction of a Vegan America by 2050 by Kathy Stevens on the Huffington Post blog is surely nothing more than wishful thinking, a reduced-meat or meatless diet is a trend that will persist and one which the food industry is already picking up. But the Christian has an extra incentive to adopt a diet that contains less meat. Following Isaiah’s words, the fast that God wants is a fast that brings justice and reconciliation. Adopting the practice of eating less meat seems to be a step in that direction.

[3]  Karl-Heinz Erb and others, Eating the Planet: Feeding and Fuelling the World Sustainably, Fairly and Humanely - A Scoping Study (Vienna, Potsdam: Institute of Social Ecology and PIK Potsdam, 2009) http://www.foe.co.uk/sites/default/files/downloads/eating_planet_report2.pdf

[4]  Ric Allen and others, What have we done? How the changing climate is hitting the poorest hardest (CAFOD, 2013) http://www.cafod.org.uk/News/Campaigning-news/What-have-we-done