Skip to main content
Photo by Runs With Scissors at flickr.com 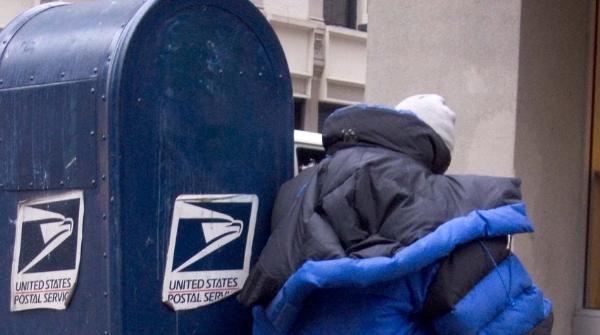 This year in the United States, Shrove Tuesday is also Super Tuesday, when 24 states hold primaries and caucuses in the selection process for the parties' presidential candidates.  As the race for the presidency hots up, George Anderson SJ reports on an issue that will have to be faced by whichever of these candidates eventually takes office — the growing gap between rich and poor.

With income inequality in the United States hitting ever higher levels, it nonetheless comes as a jolt to learn that the share of after-tax income going to the wealthiest 1 percent of households has reached its highest point since the start of the Great Depression.  Such is the conclusion of several related reports by the nonprofit Center on Budget and Policy Priorities released this past December.  Phrased another way, the gap between the richest Americans and all others has grown wider than at any other time since at least 1929.  This increasing concentration of income at the top of the income scale continues a long-term trend.  The situation is not helped by tax cuts that have primarily benefited the highest income households.  Thus those with incomes of $1 million or more annually received an average tax cut of $118,000 in 2006 (the latest year for which data from the Urban-Brookings Tax Policy Center is available).  According to the nonpartisan Congressional Budget Office, the share of after-tax income going to middle-income households was the smallest on record, as was the share going to the bottom fifth (according to data available back to 1979).

This overall skewing of income distribution toward the wealthiest Americans contrasts sharply with the fact that poverty and its accompanying hardships in areas like food, housing and medical care now negatively affect tens of millions of men, women and children.  Indeed, according to government figures, more than 36 million Americans live in poverty.  The U.S. Census Bureau classifies as poor a family of four with income below $20,614.  Should the economy move into a recession, “poverty will almost certainly get worse,” Arloc Sherman, a policy analyst at the Center on Budget and Policy Priorities, told America.  Moreover, of those classified as poor, over 15 million live in what is referred to as extreme poverty—that is, a family’s cash income is less than half the federal poverty line, or less than $10,307 for a family of four.  For such families, obtaining food, shelter and medical care can be a daily struggle.

An estimated 35 million people are food insecure, that is, they lack access to adequate food because they cannot afford groceries.  Some members of the most severely affected households cope by skipping meals or eating less.  The 2007 survey of hunger and homelessness by the U.S. Conference of Mayors noted that escalating food and utility prices have led to rising requests for emergency food, with some agencies turning people away or reducing portions of distributed food.  A Los Angeles official, for example, reported that food agencies there have been unable to meet the demand for food assistance.

Although food stamps provide help for many people, actual benefits now average only about a dollar per meal per person.  In addition, 35 percent of those eligible are not enrolled in the program.  Barriers to enrollment include an application process that can be dauntingly cumbersome, especially for those of limited education.  For non-English speakers, too, language can present another barrier, made all the more formidable because of a prevailing anti-immigrant sentiment.  The National Council of La Raza has reported that Latinos, like African-Americans, suffer “alarmingly high rates of food insecurity.”

Shelter needs represent another area in which men, women and children experience the effects of poverty at a time of plenty for some and want for far more.  According to the Center on Budget and Policy Priorities, 16 million households “either paid more for rent than the federal government says is affordable, or lived in overcrowded or substandard housing.” Of these, six million allocated half their income for rent or utilities or lived in severely sub-standard housing.  For the homeless who rely on shelters, the mayors’ report states that in a number of the survey cities, shelter providers turn people away “some or all of the time.” An added cause for concern is the fact that nearly a quarter of those in shelters are families with children, along with high numbers of homeless veterans.

The number of Americans lacking health insurance has risen for six straight years.  Forty-seven million Americans are uninsured.  Forty million people in 2005 did not receive at least one type of needed health care (medical, dental, mental health or prescription drugs) because of cost, including some with insurance as well as those who had none.  As for children, the number of those uninsured has risen for two straight years and is now close to nine million.  Health advocates’ efforts in 2007 to increase coverage for children who are eligible for the State Child Health Insurance Program but are not enrolled, failed because of a presidential veto.  Current funding for 2008 is only enough to maintain present S-chip levels.

Deep budget cuts in states around the country also whittle away at the precarious livelihood of low-income people.  Early in January 2008, Gov. Arnold Schwarzenegger of California proposed a $1.1 billion cut in California’s Medicaid program.  Because of such cuts, millions of poor people, including those with H.I.V. as well as older adults and the disabled, may not receive services they previously counted on.

In addition to food, shelter and medical care, Congress should pay more attention to other poverty-related issues.  These include assisting men and women leaving prison to make a successful transition back into their communities through help with jobs, education and housing.  Lack of these and other needed services, like treatment for drug and alcohol addiction, have left thousands in a revolving-door situation that leads them back behind bars.  It is estimated that over half the prisoners released this year will be incarcerated again by 2011.  Passage of the Second Chance Act, long languishing in Congress, should therefore be a priority.  It would provide funds for training and assistance, including family reunification, that would help ex-offenders lead crime-free lives.  Because of the enormous costs of incarceration—over $60 billion a year—state, county and local governments have less to spend on services that help low-income citizens.  At present, 2.2 million people are being held in jails and prisons throughout the nation, many of them because of nonviolent drug offenses.  Mandatory minimum sentences are responsible for much of the increase in the incarcerated population.  Even Supreme Court Justice Anthony Kennedy has said that sentences of this kind are often unjust.

Similarly, fortification of the border between Mexico and the United States with an ever-lengthening real and “virtual” fence and ongoing increases in the number of Border Patrol agents are costing millions.  These expenditures could be reduced by comprehensive immigration reform.  Reform in turn could bring 12 million undocumented persons out of the shadows and allow them to earn their livelihood legitimately.  This could lift them out of the poverty-related conditions in which they now hide in fear of discovery and deportation.

Food, shelter, medical care—that such a rich country as the United States should allow so many millions to lack these and other essentials does not speak well for its standing as a world leader, especially in comparison with other wealthy nations, like Britain, Canada and Germany—let alone traditionally generous countries like Sweden—that do far more on behalf of “the least” among them.  Whoever wins the 2008 presidential election will face great challenges on behalf of people struggling with a safety net badly in need of repair.

In the meantime, the Congressional Joint Economic Committee estimates that for the period 2002 to 2008, the economic costs of the wars in Iraq and Afghanistan total $1.6 trillion.  Even a small portion of that sum could provide for the basic needs of most Americans.  The next president of the United States will face great challenges in domestic as well as foreign affairs.


This article was originally published in America Magazine and is reprinted here with the kind permission of the Editor.