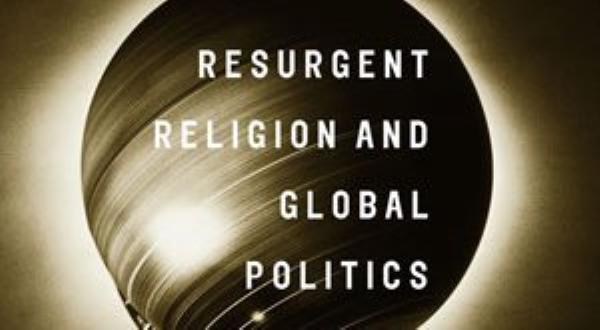 One way in which to confront the challenges posed to religion by Richard Dawkins et al is via sheer metaphysics; another is to claim a future demographic victory in which the religious will outnumber the non-religious worldwide, as The Economist journalists, John Micklethwait and Adrian Wooldridge did recently in their riposte, God is Back. However, it is also worth looking in detail at the political impact of religion past and present. Is religion a force for good or evil in the world, a cause of political problems or part of the solution to the challenges and conflicts societies face? The authors of God’s Century (that is this one!) attempt to answer this question. All three are young, American, political scientists who refute any lingering notion that religion is a spent force, insisting rather that ‘over the past four decades religion’s influence on politics has reversed its decline and become more powerful on every continent and across every world religion’ (p. 3). They are keen to point out that ‘religious actors’ throughout the world now ‘enjoy a greater capacity for political influence than at any time in modern history’ (p. 40).

Duffy, Philpott and Shah provide a good overview of the history of religion–State relations with regard to all the major faith traditions: the renowned European 1648 Treaty of Westphalia; the Japanese Edo period from 1603 onwards, in which Buddhism developed as an instrument of state power; the relationship between Islam and political authority in post-1453 Ottoman Empire are all discussed. This is not a Eurocentric account. However, their main purpose is not to trace historical roots; ‘this is a book about global politics, written first and foremost for people interested in understanding the world’s present and future dynamics’ (p. 40). Nor are ‘global politics’ treated lightly as a single narrative. God’s Century is full of ‘case studies’ which examine the impact of religion in particular contemporary contexts and conflicts, such as in Afghanistan, India, Iran, Iraq and Turkey, offering insights often ignored in foreign policy analysis.

But behind their accounts is a thesis that the resurgence of religion is connected to its commitment to developing democracy and global communications: ‘pro democracy monks and mullahs, priests and patriarchs were everywhere – north and south, east and west, developed world and developing world… disproving the secular thesis in its latest, “neo atheist” version that militant religion and illiberal politics are conjoined twins’ (p. 95). Much good use is made of Jonathan Fox’s A World Survey of Religion and the State (Cambridge University Press, 2007). Based on the Freedom House Political Rights and Civil Liberties scores, the authors tabulate in detail the contributions of religions to the democratisation of individual countries, stressing that where religions have institutional independence their contribution is usually more positive: ‘religious communities are most likely to support democracy, peace and freedom for other faiths and least likely to take up the gun or form dictatorships, when governments allow them freedom to worship, practice and express their faith freely’ (p. 18). They also note that ‘at least 50% of the world’s population lived under political regimes that systematically restricted the right and capacity of religious organisations to influence society and politics at some point between 1917 and 1967’.

An excellent chapter on ‘Religious Civil Wars: Nasty, Brutish and Long’ focusing on Sudan, Chechnya, Sri Lanka and Tibet (noting that civil wars since 1950 have claimed over 16 million lives) leads into an analysis (again tabulated in detail) of the contribution of religions as ‘militants for peace and justice’. The role of the Catholic Church, for example, through organisations such as the Community of Sant’Egidio (especially in mediating in the conflict in Mozambique), is praised. We really underestimate, usually through political ignorance, the detailed mediating role of ‘religious actors’ in resolving national conflicts and introducing follow up ‘transitional justice’ (through instituting Truth Commissions, for example). As the authors put it, ‘Although almost every religious tradition has seen at least some prodemocratic activism, the fact is that religious actors from the Catholic tradition accounted for an overwhelming proportion of religious activism on behalf of democracy between 1972-2009’. The political facts spelt out here illustrate that positive contribution, one that is mentioned rarely even within the Church itself.

God’s Century closes with ten rules for the future, acknowledging that religious actors are here to stay and will not be confined to the private sphere; rather they will ‘enter public life and shape political outcomes’. They will have a larger and more pervasive role in this century (‘China by 2050 will be home to the world’s largest Muslim and the world’s largest Christian community’) and they will reinforce democratisation, peacemaking and reconciliation. Governments which ‘fail to respect the institutional independence of religious actors will encourage pathological forms of religious politics including religious based terrorism and religious related civil wars’. The key message is that governments need to appreciate the strategic value of religions in foreign policy and engage seriously with their beliefs and theologies. But in the end this political account of the religious contribution looks to the future on the basis of the American model of faith-State relations, which are under-examined.

God’s Century is not itself a work of ‘political theology’ but it does demonstrate that we who belong to religious traditions have too readily conceded that religions cannot make positive contributions to tackling the most seemingly intractable challenges and conflicts of our times. There is here plenty of real evidence of political hope.

The reviewer, John Battle, was the Member of Parliament for Leeds West from 1987-2010.

Find this book on the W.W. Norton & Co. web site

Put to the test