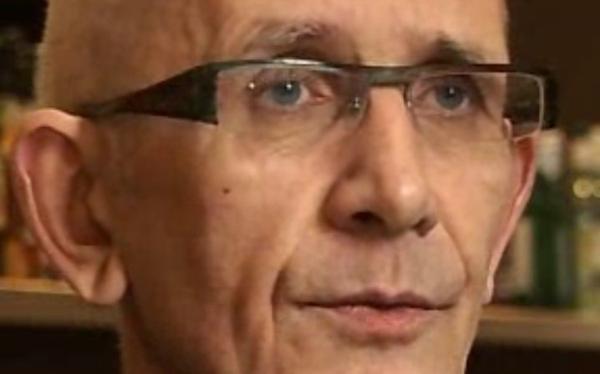 Frank, you were brought up as a Catholic in Ireland. How much influence did your faith have in your childhood and early life?

A big influence. I vividly remember Mass not only as an introduction to faith and the Gospels but, and I say this respectfully, as an introduction to theatre and to the power of language. As a child I was very proud of my ability to recite not only all the responses but also the priest’s words as well! With teenage years came all the usual changes, as well as an introduction to Marxism and to musical influences like David Bowie and Lou Reed. Faith rapidly fell by the wayside and I was one of the generation of Irish people incensed by and determined to change the relationship between Church and State in Ireland. Subsequently I moved to Scotland and had a family. The question of what values you pass on to your children has become important to me and through the influence of two or three individuals I have found the emigrant church more open and accepting than the church of my youth.  I’m not quite the prodigal son but I came to The Passion with a renewed interest in the world of my childhood faith.

Have you ever had the opportunity to work on something like this (The Passion) before?

Everything I have written up until now - dramas like Looking after Jo Jo, Prozac Nation, Real Men, England Expects - have been contemporary urban pieces often with a strong social or political element.  Then I wrote Prime Suspect – the Final Act, which is about the spiritual desolation of Helen Mirren’s character as she faces retirement and struggles to accept her life as it is today - shaped by the choices of her youth. I found these more universal themes very rewarding  to explore, so when I read that the BBC were looking for a screenwriter for The Passion I felt immediately drawn to it.

What were your feelings when you were asked to write it – excitement, apprehension? Or did you just approach it like any other commission?

It sounds pious to say so but the overwhelming emotion for me was a sense of privilege - to be paid and able to look after my family while spending more than a year exploring this most powerful and iconic story.

How much of your own personal faith were you able to bring to the writing of The Passion?

The Passion is written and produced as a drama with no particular faith perspective but it’s fair to say I came to it at a time when I had a renewed interest in the faith of my childhood. I went to the Holy Land which was a very powerful and inspirational experience and it was there that I became really committed to engaging with the theological world and the spiritual and human truths of The Passion - as the story unfolded at the time. Although the key people working on the BBC version of The Passion have all sorts of different beliefs there has been a consistent shared commitment to approaching the Gospels with respect - to grappling with their drama and message rather than appropriating them for some other or more contemporary agenda.

You obviously had the four Gospels as the starting point for writing, but you also did a lot of additional research. What?

As I say, I went to the Holy Land and read around the Gospels a great deal. The Dead Sea scrolls formed part of my research, and Géza Vermes (religious historian and expert on the Dead Sea Scrolls) I found very helpful. It was also important for me, of course, to find out as much as I could about daily life in the Second Temple period: ritual practice, the lives and customs of the Temple priests and so on. The design and costume team did vast amounts of research too, and, to my eye, have done a great job. We also had a theological advisor whom I found incredibly helpful and illuminating - Mark Goodacre, who is Associate Professor in New Testament in the Department of Religion at Duke University, North Carolina.

Did this additional research throw up any anomalies for you – anything that made you question what you’d assumed before? What were the most exciting or surprising things you discovered as you dug deeper into the Passion story?

Perhaps the thing that became most engaging - for me - was a sense that the Gospel message has over the centuries become either a number of virtuous ideals - love thy neighbour - or rigid dogma with a strong judgemental quality. What I was surprised to find in The Passion was an immensely powerful exploration of the mystery of suffering and death - and a beautifully articulated set of spiritual principles to enable one to transcend the pain and dangers of this world - through acceptance, self sacrifice, and through that outgoing life-giving generosity we call love.  It may come as a surprise to people whose daily life is the Church but I certainly feel that, in a world where people are searching for values and a way to live, this message does not always come clearly and strongly from the western Christian Churches.

It’s one thing to add extra lines to an adaptation of Dickens; or to write original dialogue for a character like Jane Tennison. How much of a challenge or responsibility was it for you to put words into the mouths of Jesus of Nazareth or his mother – revered by Christians and others worldwide?

I found writing dialogue for Helen Mirren daunting enough - I would be called to account by the Queen! But yes - writing dialogue for Jesus seems at first so brazen, so presumptuous – it’s hard to countenance. Especially as this was dialogue for a naturalistic medium in a brutally competitive market – prime-time television. This was the single most difficult task for me and further compounded by the fact that I genuinely enjoy the grandeur of the language in many translations. It took several attempts before I found a voice that feels to me both natural, easy on our ears today, and yet faithful to the character and most of all to the concepts - forgiveness, redemption, love - which Jesus discusses. The parable, for example, is not a naturalistic form but somehow had to become one. How far or how little I’ve succeeded is for others to decide for themselves but the process of grappling with his voice meant also struggling with the meaning of what he was saying. Applying this level of rigour I certainly found rewarding.

Focussing on Jesus, the individual, for a moment: one imagines you came to ‘know him’ intimately by the time you finished writing – and perhaps even more so, by the time filming ended. How would you describe the Jesus that you encountered while writing The Passion?

Demanding! Over the years, like many people I imagine, I had relegated the commandment, “love your neighbour as yourself,” to a sort of virtuous aspiration. Going through the gospels again and again and struggling to find a voice for Jesus I suddenly related this commandment to the Passover festival - to the idea of sacrifice, which of course can be seen on many levels - sacrifice of ego, vanity, power etc - or as a spiritual response to the mystery of suffering and death - a liberation from self. I’m sure this is a meagre insight to most people but it felt powerful to me. I don’t know about ‘knowing’ Jesus but I do feel that the director, Michael Offer and the actor who plays Jesus, Joe Mawle, have succeeded in realising a character on screen who at times embodies unconditional love.

One of the most powerful scenes in Part One for me was the meeting between Jesus and his mother. Although not recorded in the Gospels (or at least, not in the way you’ve written it), it has an emotion and credibility about it that I found extremely moving. How did you go about developing the relationship between Jesus and Mary?

I struggled to get beyond the image of Mary as long suffering/adoring Mother of God. To do so felt important as I was trying to ‘humanise’ all the characters. After two or three attempts a bell rang in my head about Jesus’ brothers - I suddenly thought of my own mother - bringing up four wilful sons and very quickly wrote this scene based on her. For that reason alone it’s close to my heart but I also feel Penelope Wilton (who plays Mary) has imbued her with great depth.

What do you hope will be the lasting impression, emotion or message that people will go away with after watching The Passion?

I’ve already experienced people taking quite unexpected emotions or personal insights from scenes so I hope this continues. That they do is no particular credit to any of us who worked on the drama but is because there is such great depth in the gospels. I only hope we have made their depth accessible in a way that is fresh and engaging.

The Passion begins on BBC1 on Palm Sunday, 16 March, at 8pm.

A Week in December

Advent Week 1
Liturgy and longing
Advent: Good News for the Poor?
Dorothy Day and the body of Christ
The Jesuit way toward holiness