Skip to main content
Photo by g-hat at flickr.com 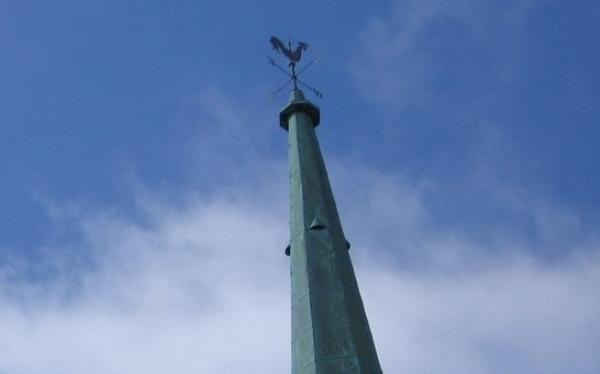 A major new report was published today on the Church of England and the future of the welfare state, described by one bishop as the “most important social document from the Anglican Church in over 20 years”.  It was billed in some quarters as an attack on the government, but the report’s lead author, Francis Davis of the Von Hugel Institute, explains here how its hard-hitting critique is in fact a challenge to all parties and to every politician.

Now that we live in the years after “9-11”, religion is the stuff not only of pews but increasingly of public conversation: Is there a clash of civilisations?  Are they all fundamentalists? Or, as we have discovered in the case of the UK government, “why would we bother even attempting to find anything out about the largest faith communities in our land?”  After a year’s research involving upwards of 300 interviews with parliamentarians, civil servants, voluntary sector leaders, bishops and community activists we have established that the government’s “faith-based agenda” is incoherent.  This is not a judgement on the government as a whole, but when it comes to very particular parts of social policy, the state is planning blind – moral, but with no compass.

Such a discovery should only matter if the Church of England, the focus of our study, were judged to have anything to offer the country.  In many of our interviews with local and national civil servants this seemed to be a possibility that only met with derision.  “Churches,” said one county council equalities officer, “are bad for the country”.  “Churches are dying” said a senior civil servant.  Meanwhile, the view in parts of Whitehall seemed to be that even where religions were strong they were only grassroots-based, were likely to compete aggressively for funds and so were consequently at risk of reducing social cohesion in society.

The social reality we unearthed, though, challenges these stereotypes and makes it clear that the Church of England is this country’s largest voluntary organisation – even before it gets round to any of its other unique contributions.

First, the Charity Commission in the UK struggles to know how many faith charities there are.  Its figures do not include the more than ten thousand Anglican parishes up and down the land.  Because of problems of classification we have also established that, for the Charity Commission, the Society of St Vincent de Paul, the Bishop of Guildford’s Foundation, some Catholic Children’s Societies, Church Action on Poverty and even Islamic Relief do not qualify as “faith-based”.  Because they focus on “relieving poverty” they have purposes which are not religious!  According to one estimate we saw, the government may be underestimating the number of Christian charities by as much as 60%.  If other faiths are included, the figure could be higher still.

Second, much social policy has been concentrated on assessing the potential role of local religious congregations to contribute to volunteering.  While we found a veritable empire of voluntary activity going on from church bases across the land, we also set out to tease out the civic contribution of Anglican bishops, cathedrals and dioceses.

In some regions, cathedrals are major visitor attractions and the backbone of local economies.  In others they have as many as 30,000 schoolchildren using them for educational purposes every year.  They create jobs. They sustain arts and cultural activities.  In some cases they have also re-launched their choir schools under the government’s Academies programme and this is starting to enhance musical education across whole cities.

Perhaps as significantly, in dioceses we found skilled, qualified and experienced managers and administrators who could become the hubs around which a new Anglican philanthropy emerges – a civic engagement and social partnership with the state to support the needy.  In doing so, they would mirror the example set by Anglican bishops: in our survey we found that all those bishops who replied were serving on a government body, had major charitable commitments beyond the Church and took seriously the Church’s mission to the whole of the place in which its parishes are located.

At one level, such fresh insights may not seem, at first, remarkable. However, our analysis also describes the major ideological and policy turf-war that is currently going on between David Cameron’s Conservatives and the Labour Government. From the outside this can look like a “common agenda” but our detailed assessment shows what one shadow minister described as “the profound differences between the two parties”: Labour wants to strengthen the state by innovative public service reform; the Conservatives want to develop a “responsible society” in which the voluntary sector is once again “set free” to be itself without being over-regulated and over-burdened with bureaucracy.  While we do not claim that the Conservative agenda is a more Christian one, we do observe that, in our interviews, the Conservatives were consistently more comfortable with the idea of faith groups engaging in open-ended voluntary action and receiving statutory funds to do so.  In fact, their policy proposals include a plan to introduce legislation that would penalise local authorities that discriminated against Christian groups on the grounds of their inspiration or value base.  This does not mean they have it all right yet, and the Christians we met wanted to ask tough questions about how poverty could be combatted without stigmatising families.  It is an issue for all the parties that taking faith groups seriously cannot be left to just a few of their MPs.

The debate for the churches now will be how significant their response to the new “welfare state” will be.  Will the Church focus on advocacy, in the hope of giving a voice to the poorest?  Will it combine this “voice” with renewed service-provision, given that so many of our respondents told us that “it is those who are delivering who have the biggest leverage when it comes to policy change”?  Or will the Church, as some accused it of doing, seek to return to a model and form of the welfare state that, in the views of many of our respondents, is “exhausted”?

Whatever the choice, as the report is now discussed in The House of Bishops, in General Synod and across the Anglican Communion, the challenge is clear: the churches contribute huge amounts to civic health, and our communities would be worse off without them.  They are only able to do this because of the spiritual capital stored up in their hearts.  Until government is able to gain a deeper glimpse of reality, it will continue to plan with good intentions but without nuanced analysis or roots.

Francis Davis is Co-Director at the Centre For Faith In Society at the Von Hugel Institute, St Edmund’s College, Cambridge and lead author of the new report.

Moral, But No Compass - Church, Government And The Future of Welfare from Matthew James Publishing Von Hugel Institute - Centre for the Study of Faith in Society