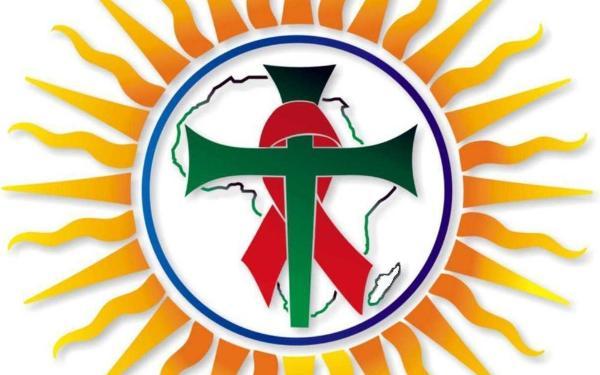 On 1st December 2008, World AIDS Day is marked for the 20th time. Highlighting the importance of leadership in fighting AIDS, Fratern Masawe SJ reaffirms that the pandemic is an urgent priority for the Jesuits of Africa & Madagascar, who have a unique contribution to offer, even as public commitment to the struggle might be waning.

Twenty years have seen significant inroads in the struggle against AIDS, with life-prolonging drugs, more funds for prevention and treatment and more knowledge leading to increased awareness and openness, and less stigma. Such developments may lead some to wonder whether AIDS – of all the urgent challenges facing Africa – still deserves privileged attention.

The 2008 United Nations statistics leave little room for doubt. AIDS continues to be the leading cause of death in the continent, home to 22 million HIV-positive people – two thirds of the global total of 33 million. In the developing world, although improved access to antiretroviral therapy means that fewer people are dying, treatment is reaching less than one third of those eligible. The number of AIDS orphans has swollen and their myriad needs are scarcely being met. Millions in Africa are still mired in deprivation and ignorance that put them at high risk of contracting HIV. As much dedication as ever is needed to turn the tide against the pandemic. Yet why dedicate energy, resources and expertise to what seems one problem among so many?

A professor, who gives courses on AIDS to religious and seminarians, writes:

I get a feeling that more and more, the issue of HIV/AIDS is getting less importance among students as well as in society. It makes me really worried. I don't know whether this is my own personal feeling or has to do with the reality.

According to the experience of the African Jesuit AIDS Network (AJAN), this is the reality. At Jesuit houses of formation, some raise the question of whether AIDS deserves such attention any more (and a network to focus on it) because it is no longer an emergency.

Setting up AJAN in 2002, the Jesuit Superiors of Africa and Madagascar clearly made the pandemic an urgent priority for the Society of Jesus in Africa, in the firm belief that Jesuits have a unique contribution to bring to the struggle against HIV and AIDS. AJAN is a highly flexible response and, like all of our major ministries, the commitment is long-term. Even when interest shifts and resources dry up, the Society of Jesus is committed to facing AIDS until it is no more.

An explanation of the AJAN logo (above left) can help to elucidate the mission of the network. The logo comes from that of the Society of Jesus.  At the centre of both is the Cross of Jesus Christ. In the traditional Jesuit logo, the Cross rests upon the name of Jesus in Greek (IHS), and in the AJAN logo it is draped with the AIDS ribbon. The red ribbon was created in New York in early 1991. At that time, yellow ribbons were popular in the USA as a sign of solidarity with the soldiers fighting in the Gulf War. Now the red ribbon is the international symbol of AIDS awareness.

The ribbon, like the blood of Christ, is red. It recalls the suffering of Jesus and of those infected and of their families. It remembers the death of Jesus and of those who have died of AIDS; it joins in the mourning of their families, their communities, their nation. It celebrates the Resurrection of new life and forever hope.  By taking the place of Christ’s body on the Cross, the ribbon suggests His radical identification with those who suffer. Whoever suffers, in turn, may look to Him for help, and for us who believe, the one who suffers represents Jesus.

The shroud in which Jesus’ body was wrapped is sometimes draped on the Cross as a symbol of Christ’s triumph over death. Like the shroud, here the AIDS ribbon is draped on the Cross as an expression of Christian hope for the triumph over HIV/AIDS.  The Cross, like the ribbon, is at once a sign of defeat and death, and a sign of triumph and life. The ribbon is red with passion, and this Cross is green with hope.

Finally as an expression of the Holy Spirit, a golden-orange-yellow sunburst of joy, warmth, glory, light, triumph, Life and Resurrection. This is what we pray for, hope for, work for and give thanks for.

Much work is already being done in nearly 30 sub-Saharan countries across Africa. Coordinated and supported by AJAN, Jesuits are providing leadership in communities, schools and universities, in parishes and families: integral support and pastoral care; education for orphans; advocacy for real universal access to treatment; value-based education as a solid basis for prevention; social, cultural and theological research. In fact, treatment, good nutrition, pastoral care and support are still far from accessible for many who need them.

We are called not to replicate, much less to compete, but rather:

Maintaining a strong commitment to education is crucial. The New Apostolic Vision of the Society of Jesus in Africa and Madagascar underlines sound education at all levels (primary, secondary, tertiary, in our social and spiritual centres, and in our parishes) as the sine qua non condition for any sustainable and durable development of Africa and the real way through which Africa could tackle the many challenges of today's globalisation, among them the AIDS pandemic.

In taking the lead in the struggle against AIDS, AJAN walks in the footsteps of its patrons: Blessed Anuarite, who devoted her religious life to education until her martyrdom 44 years ago, and St Aloysius Gonzaga who was a student at the Roman College when he cared for plague victims in the bitter winter of 1591.

It is good to conclude this message with the wise words of our elders – “Let your heart treasure what I have to say and you will live; acquire wisdom, acquire understanding” (Proverbs 4: 4-5) – and carry on leading and keeping the promise.

Fratern Masawe SJ is the Moderator of the Conference of Jesuit Superiors of Africa & Madagascar.