Skip to main content
Photo by jcoterhals at flickr.com 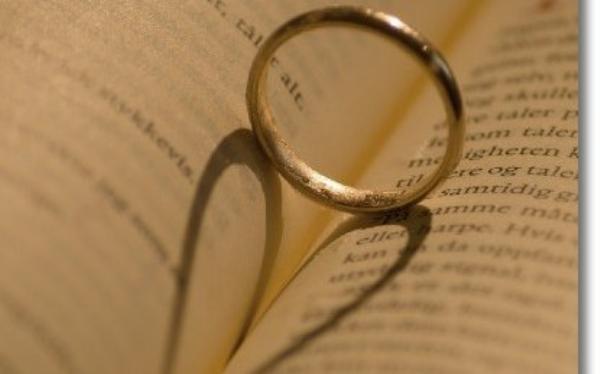 Fr Jack Mahoney concludes his series of scriptural reflections by looking at the two passages in St Matthew’s Gospel in which Jesus appears to tell his followers that divorce is allowed in certain circumstances. These passages contrast dramatically with the rest of the New Testament, where Jesus is several times reported as totally forbidding divorce. What can we make of this remarkable difference?

In St Mark’s Gospel, we are told that Jesus was asked by some Pharisees whether it is lawful for a man to divorce his wife, as Moses had allowed. Jesus answered them by saying that Moses had allowed divorce ‘because of your hardness of heart.’ But, he added, from the beginning of creation God had made humans male and female, so man and wife were no longer two but one flesh. ‘Therefore what God has joined together, let no one separate’ (Mk 10:2-9). In the later Gospel of St Luke, we find among a collection of short sayings of Jesus the simple assertion that: ‘Anyone who divorces his wife and marries another commits adultery, and whoever marries a woman divorced from her husband commits adultery’ (Lk 16:18). Both of these gospel teachings unreservedly forbidding divorce agree with the earlier statement of St Paul, who wrote to the Christians in Corinth:‘To the married I give this command – not I but the Lord – that the wife should not separate from her husband...and that the husband should not divorce his wife.’  (1 Cor 7:10)

However, in St Matthew’s Gospel, Jesus seems to teach otherwise in two places, first in the Sermon on the Mount (Mt 5-7) where we find Jesus comparing the ten commandments of the Law of Moses to his own moral teaching. While contrasting the commandment forbidding adultery with his own teaching requiring purity of thought as well as deed, he adds a footnote, as it were, referring to Moses permitting divorce: ‘But I say to you that anyone who divorces his wife, except on the ground of unchastity [porneia], causes her to commit adultery; and whoever marries a divorced woman commits adultery’ (Mt 5:32). In a later passage in Matthew, the subject comes up again: the question and answer which we have seen above in Mark’s Gospel are filled out and Jesus is asked, significantly, whether it is lawful for a man to divorce his wife ‘for any cause’ (Mt 19:3-9). Commentators are agreed that behind this question lies the dispute between Jewish rabbis of the time on how to understand the ground for divorce that Moses had permitted – that is, ‘something objectionable’ (in Hebrew, erwat dabar) on the wife’s part (Deut 24:1). One school, that of the rabbi Shammai, understood this to apply only to sexual misconduct by the wife; the other school, of the rabbi Hillel, expanded ‘something objectionable’ to include any fault on the part of the wife, including, as commentators love to repeat, being a bad cook!

In this later section of Matthew, Jesus repeats his verdict that anyone who divorces his wife, ‘except on the ground of unchastity’, causes her to commit adultery; and whoever marries a divorced woman commits adultery.  It looks, then, as if Jesus’ answer – to forbid divorce ‘except for unchastity’ (Mt 19:9, known as ‘the exceptive clause’) – supports rabbi Shammai’s interpretation of Moses. However, this seems most unlike Jesus. As I have suggested in an earlier article, Jesus never answered any question put to him in exactly the same terms; he always changed the subject or introduced his own agenda, moving everyone’s attention to a higher or deeper level of reflection. On the subject of divorce his basic response is to point to marriage as an unbreakable God-created union. If this is the case, then Jesus simply would not agree with Shammai that sexual misconduct was a ground for divorce. Moreover, as we have seen, the clause given by Jesus here, ‘except for unchastity’, is a flat contradiction of the report of his teaching in Mark’s and Luke’s Gospels, as well as of the report of St Paul in 1 Corinthians.

The difference between the teachings on divorce in Matthew and in the rest of the New Testament has been a cause for contention in the Christian Church for centuries. The Western Catholic tradition from earliest time interpreted Matthew’s ‘exceptive clause’ as permitting a legal separation between husband and wife while not allowing the God-created bond of marriage to be dissolved to permit remarriage to another party. By contrast, the Eastern Church from around the sixth century, and the Protestant Reformers, used the authority of Matthew to justify divorce with the possibility of remarriage, on the sole ground, initially, of adultery.

Modern biblical scholarship has thrown valuable light on the apparent contradiction. The different gospels each provide a window onto the particular Christian community from which they emerged, in the course of time, as a written account of the life and teaching of Jesus based on early oral traditions and an application of that teaching to the conditions and needs of this particular community. It is agreed that St Matthew was concerned largely with an early group of Jewish converts worried about the Judaism and Jewish practices they had left behind in becoming Christians. In contrast to the other gospels, Matthew’s Gospel quotes regularly from the Old Testament to prove that its prophecies have been fulfilled in Jesus; it is preoccupied with the Mosaic Law; it is considered by many to be a ‘Christian Pentateuch,’ with its contents (like the first five books of the Hebrew Bible) dividing into five major sections relating in various ways to ‘the kingdom of God’; it shows marked hostility to the Jews; and it devotes serious attention to the controversies between Jesus and his enemies concerning observance of the Jewish Sabbath and ritual purity.

In this context the point begins to emerge that Matthew’s qualified teaching on divorce, unique in the New Testament, could well refer to a particular Jewish issue in his community to do with porneia. The term has usually been translated as adultery or fornication in general, but some modern scholars offer the attractive suggestion that it had a special significance in Matthew’s Jewish-Christian community, and that the editor of the gospel added the exceptive clause to the words of Jesus in order to apply his teaching on divorce to a particular issue which concerned this community. What might this issue be?

The Greek word porneia (which is the basis of the English ‘pornography’, or writing about prostitutes) is found in two other passages in the New Testament, where it appears to have a much more specific meaning than ‘adultery’ or ‘fornication.’ One passage is in Paul’s first letter to his Corinthian converts (1 Cor 5:1), where he applies it to a case of ‘unheard of’ immorality (porneia) in the Christian community, in which a man has married his stepmother. The other passage which uses the term porneia is Acts 15:20 and 29, where the Council of Jerusalem is identifying which Jewish legal prohibitions converts to Christianity will be asked to observe. The Council lists eating food that has previously been offered to idols, eating blood and strangled animals, and porneia. It sounds ludicrous to consider that the Christian authorities should request converts to respect Jewish law by avoiding food tainted with idolatry, by avoiding food which was not kosher – and by not committing fornication!  It is more plausible to take the term to refer not just to a sexual sin but to some special type of sexual relationship which contravened the Jewish law on marriage.

The point seems to be that the Matthaean community was concerned whether Jesus’ forbidding of all divorce applied to its convert members who had previously contracted an invalid sexual relationship in Jewish terms and who felt they should separate; that is, who were illegally married according to Jewish law – such as that of kinship, as itemised in Lev 18:6-18 – and such as Paul had in mind among the Corinthians. It was a Jewish issue and a Matthaean addition to the words of Jesus, making it clear that converts who had been invalidly married according to Jewish law and who were now separating would not be divorcing and incurring Jesus’ disapproval.

The conclusion is, then, that Jesus was entirely consistent in his absolute rejection of divorce, without exception, invoking God’s ordinance at creation and explaining by the Jews’ hardness of heart the indulgence which Moses had permitted them in allowing for divorce. It is still possible today, of course, to continue to argue, as some Christians do, that the teaching of Jesus (now without ‘exception’) forbidding all divorce refers to an ideal situation often far from the reality of people’s lives and relationships; that the Mosaic situation of hardness of heart can continue to exist or even to prevail in modern circumstances; and even that what God has joined together, God, or the Church in God’s name, can also separate.

Other articles in the ‘Getting the Point’ series:

The Parable of the Living Wage?

The Shape of the Sermon on the Mount

St Henry Morse SJ: ‘A saviour of life unto life’
Alfred Delp: committed to Christ
‘The Fight Between Carnival and Lent’
Ignatius and the Stars
‘Give them something to eat’: The Christian approach to food aid