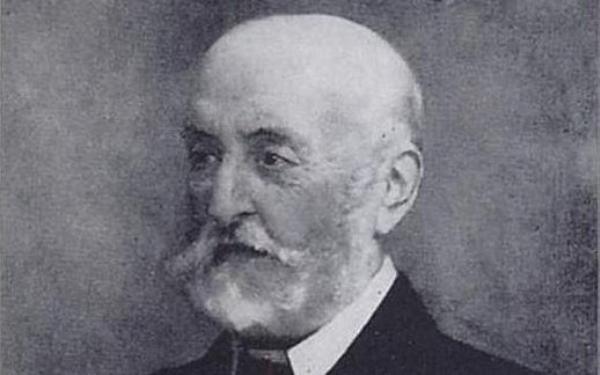 Thinking Faith’s exclusive publication of George Mivart’s discussion of the theory of evolution, from an 1869 issue of the Jesuit journal, The Month, provides a fascinating insight into how Charles Darwin’s ideas were received and developed in his time.  Louis Caruana SJ critically examines the text in light of modern philosophy of science – was Mivart paving the way for later thinkers in his interpretation of Darwin’s work?

St. George Mivart was a well-known and prolific writer on the subject of evolution and its relevance to the Catholic faith.  His initial interest in and support for the evolutionary ideas put forward by Charles Darwin and Thomas Huxley would eventually turn into heavy criticism of these same ideas, and in 1871 he published On the Genesis of Species, a challenge to the theory of evolution that Darwin had postulated. In 1869, when his opinions on the theory of natural selection made famous by Darwin were turning, Mivart wrote a series of articles outlining the difficulties that he found with the theory for The Month, a periodical published by the Jesuits.  In the first of these articles, he gives a general overview of the technical and philosophical aspects of the theory of natural selection that he considered worthy of attention, and it is these that we shall be discussing.

In his article, ‘Difficulties of the Theory of Natural Selection’, Mivart starts by asking the important question: why should we accept this theory of evolution in the first place? For him, the major support for the theory lies in the fact that it brings together a large number of hitherto separate phenomena. With the aid of this theory, ‘diverse facts are strung together’. Current philosophy of science fully acknowledges this criterion for the acceptance of scientific theories. A classic precedent in this regard is Newton’s theory of gravitation, which brought together in a spectacular way local phenomena, such as the falling of an apple, with global phenomena, such as the tides, and also astronomical phenomena, such as motion within the solar system. Newton’s theory earned considerable justification precisely because it linked these various phenomena through one explanation; Mivart argues that Darwin’s theory deserves attention and interest for this same reason.

Mivart then proceeds to discuss another virtue of the theory of evolution. He says that its value is shown by its fertility: it has enormous potential for further research. Darwin himself, of course, had noticed this feature. He published his second major work, The Descent of Man, precisely with the intention of exploring how the theory that had added so much to the field of biology could be put to work in other realms of knowledge. Mivart’s prediction that the theory would have other applications was proved correct in subsequent decades. Many thinkers tried to apply principles of evolutionary theory to different fields. Such extensions, however, were not always carried out with the necessary rigour and honesty. Mivart reminds us of this by stating that ‘shallow thinkers’ tend to misuse this theory. He is referring to those who at that time were already using the theory of evolution to justify their own political agenda. He mentions in a special way the philosopher Herbert Spencer, who believed that the idea of the ‘survival of the fittest’ should be allowed to prevail in society, contrary to any other inclinations we might have. Spencer is often associated today with theories that come under the umbrella ‘Social Darwinism’ and seek to analyse and explain social as well as physical traits as the products of evolution.  Such ideas, as we shall see, can be very dangerous as they can be seen to promote and encourage competition between individuals and leave no room for responsibility towards others.

So why was Darwin’s theory open to such misuse? Mivart realised that it is unlike other scientific theories; it has some special characteristics that make it particularly prone to become ‘a subject of general conversation’. It deals with extremely sensitive aspects of human living such as inequalities in physical strength, power and intelligence, and the alleged association of these features with ethnicity. For Mivart, this constitutes the special ‘charm’ of this theory.

Has this charm lingered on since Mivart wrote these lines? Is it still with us today? The simple answer is yes, and its effects haven’t always been positive. Consider for instance the practice of eugenics – the study of how to ‘improve’ the human population by State-controlled breeding reproduction.  It is still a relevant issue, as traces of it are sometimes evident in policies regarding human reproductive medicine. Support for the theory began to grow not long after the publication of Darwin’s work and, understandably, some people still associate eugenics with Darwinism. But it is not the case that Darwin supplied the justification for eugenics. Darwin asserted that natural selection is the main mechanism in creating the diversity of organic life; he did not promote or justify the manipulation of any process of selection to achieve a desired end. Eugenics works on a completely different premise: it involves deliberate choice regarding the direction of human development, which necessitates having a defined purpose or a goal. So, contrary to what defenders of eugenics might think, Darwin’s theory doesn’t justify such ideas.

Consider also those who still use Darwin’s ideas to undermine the dignity of the human person. They take advantage of the theory’s ‘charm’ and create sensational news. They become best-selling authors by claiming that Darwin’s theory should make us open our eyes, once and for all, to the truth about our personal insignificance and argue that we need to accept that the individual human being doesn’t count anymore. What counts is either the population, as it struggles to become better adapted to its environment, or the microscopic genes that use the human individual as vehicles for their survival. This train of thought is another case of current misuse of the theory of evolution. Such interpretations undermine what is at the heart of our existence: the dignity of the human person. No scientific theory defines, or is above judgement according to moral principles: our ethics, what we ought to do, are not solely based on the way that things are, or what is the case; to think otherwise is to commit what is termed a naturalistic fallacy. We cannot avoid having recourse to moral principles over and above the theory of evolution and indeed over and above all natural sciences

We can also mention how Darwin’s theories have had a significant impact on the understanding and on the organisation of society, in various forms of Social Darwinism.The unifying characteristic of all these variations lies in their common assumption: that humans, like other animals, compete for existence and that this competition explains the most significant aspects of social and political reality. Sometimes this assumption is asserted in a strong form, and a more radical position results. The proposition that our behaviour can be explained by the Darwinian advantages that it provides, just as our physical characteristics can be, gave rise to the discipline of sociobiology. This is now a wide field of study, and one that has produced some remarkable and useful research, but it has the potential to be misused to support or form dangerously deterministic theories about our behaviour. Sociobiology can show how some trends in society flourish or die out, but it cannot be used to rid society of its responsibility – attempts to do just this are examples of the radical, Social Darwinist position that can be adopted. Society cannot shirk its responsibility of deciding which behavioural trends to encourage and which to suppress – again we must appeal to our ethical sense. It is a mistake to claim that individual members of society should ignore the common good, act only in their own self-interest, and seek their own survival at all costs, leaving the weak to die a natural death.

Let us move on now to the last major point highlighted by Mivart: the impact of Darwin’s theory on religion. He makes the interesting remark that much debate in this area is motivated by emotion rather than by argument. He calls the two opposing dispositions that have generated the debate odium theologicum and odium anti-theologicum. Are such emotions still at work today? No doubt, various kinds of emotional attachment and inherited presuppositions lie hidden behind our reasoning; we can’t help being situated within a particular context or tradition. This, as such, should not worry us. What should worry us is the way some current authors still seek to attract attention by claiming that science and Christianity are engaged in eternal warfare. Mivart had already recognised how unscrupulous writers can distort the truth by twisting and caricaturing the facts. Nowadays, writers like Richard Dawkins still follow this tradition. They first distort Christianity, and then proceed to accuse, ridicule, and declare victory over the straw man they have created. This strategy is not new, and it doesn’t occur only in debates concerning evolution. Strangely enough, in the course of history, Christianity has in fact profited from this perverse strategy. When caricatures of Christian doctrine are paraded and ridiculed, Christians are better off: they are liberated from false images of God and from erroneous attitudes. Believers need only keep in mind that the truth that comes from genuine science cannot contradict the truth within Christianity because both kinds of truth have the same source: they both originate in God.

Mivart’s technical observations about the theory of evolution are now somewhat outdated, and his later writings about the Catholic faith and its relationship to scientific endeavour may have caused great controversy, but some of the philosophical points that he raised in this article are still worthy of our consideration today.

‘Difficulties of the Theory of Natural Selection’ by St George Mivart

‘Between Politics and Apocalypse’: René Girard’s Reading of Global Crisis

Darwin and Catholicism: The Past and Present Dynamics of a Cultural Encounter