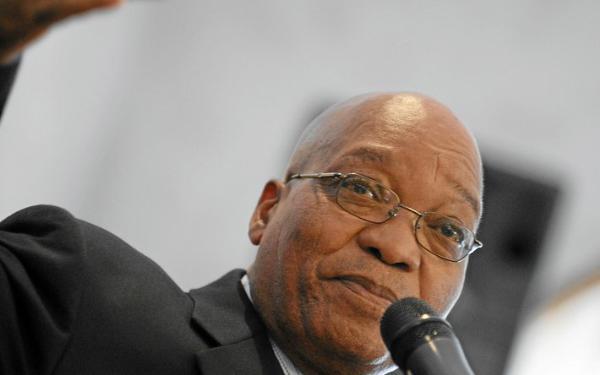 South African President Jacob Zuma’s first year in office has been characterised as much by scandal surrounding his private life as by the political and economic decisions he has taken. Anthony Egan SJ, of the Jesuit Institute in South Africa, analyses Zuma’s relationships with his grassroots support base and his main rival, and suggests that the President could instigate real change by focusing national attention on the moral dangers in South African society.

It is by no means easy to assess the first year of Jacob Zuma’s presidency of South Africa. The task is made all the more complicated by the historical baggage that he brings with him and the situation he has inherited from former president, Thabo Mbeki, and caretaker president, Kgalema Motlhanthe. Inevitably too, there is a difficulty in separating the office from the person.

On one level it is hard to say how much Zuma has made his mark on South African politics. There has, on balance, been remarkable continuity in the ordinary government of the country. Even though many of the Mbeki cabinet are no longer in office, and though there has on a superficial level been a ‘leftward’ shift among the new policy-makers, things have remained much the same.

The move of long-serving Minister of Finance, Trevor Manuel, out of that office can certainly be seen as a nod to the left-populist coalition (Communist Party, Congress of South African Trade Unions [COSATU], ANC Youth League groups in particular) that brought Zuma to power at the ANC national conference in Polokwane in 2007. Yet the new incumbent, Pravin Gordhan, has kept many if not most of Manuel’s internationally-acclaimed policies, despite angry fulminations from the Left. (Recently, in fact, South Africa’s economic policies have been praised by no less than United States Secretary of State, Hilary Clinton).

Indeed, the Left has been highly critical of Zuma’s perceived failure to move the country more in their direction. We have seen this in repeated protests and strike action, and in recent calls by COSATU for its members to get more deeply into ANC branch structures, so as to mobilise the ANC once again, as they did in the run-up to Polokwane in 2007.

Protest has also come from taxi associations over new rapid transit services developed in major cities for the 2010 World Cup. Once again, the sense is that Zuma the populist has backed away from his grassroots supporters and aligned himself with big business interests at home and abroad, leaving the ‘little man’ high and dry.

It is certainly true that Zuma has not alienated big business at home in the West in his first year. While parts of the business community, closely linked to Thabo Mbeki, have distanced themselves slightly from Zuma, significant sections of the new and old elite have sided with him. Once again this highlights a tension: between populism and the left on one hand, and business on the other. When the political chips are down, Zuma tends to go with the latter. In the words of radical economist Patrick Bond, referring to the presidency of Mbeki, it’s still a case of ‘talk left, walk right’.

Given his support base, and the nature of internal ANC politics, this has the potential to backfire. We may be seeing this already in the difficulty with which Zuma and the ANC are handling Julius Malema, the loud and (by ANC standards highly) undisciplined leader of the ANC Youth League.

It is all too easy to see Julius Malema as an inarticulate, uncouth buffoon – the ugly face of the ANC. But through all his statements – on rape, on Zimbabwe, on land grabs, or insisting on singing ‘Kill the Boers’ – the fact is that however much the urban sophisticates of every race may alternately laugh or groan at JuJu’s social outbursts and political gaffes, he has a following. And some of it is the following Zuma had before he became president.

Zuma is no fool; his successful unseating of the urbane and intellectual Thabo Mbeki proved that. Zuma knows that Malema has followers, some of whom have not benefitted from the Zuma era so far. His failure to bring Malema under the control and the discipline of the ANC is no doubt worrying.

An advantage for Zuma is that Malema has also alienated the Left within the ANC. If it comes to a crunch, where will the Left go? Will it back Malema (hoping to sideline him later)? Will it back Zuma against Malema (but with an obvious demand for some kind of ‘deal’ in return)? Will the Left move further into the ANC at grassroots level to take control of the national leadership from below? Or will it hive off from the ANC to form the long-awaited Socialist opposition party the country needs?

More than anything, I suspect, the greatest political problem facing Zuma after one year as national president is his own party. And, given that the ANC has such a strong parliamentary presence, that means that the ANC’s problems are the nation’s problems, ANC supporters or not. Not least, this means that valuable time is wasted on party house-cleaning, time that should be focused on policy, implementation and addressing the real problems of South Africa: extreme gaps between wealth and poverty; a disastrous education system that produces more functional illiterates than skilled youth; crime; and growing corruption.

Another headache facing Zuma, particularly in the last month, has been a resurgence of racial antagonism, sparked off by the murder of the former Afrikaner Weerstandsbeweging (AWB) leader, Eugene Terreblanche. Yet another ‘farm murder’ (over 3000 since 1994), it has been heavily politicised, not least by claims (admittedly hard to substantiate) that a song like ‘Kill the Boers’ (made popular by Zuma’s nemesis, Malema) incites racial hatred and violence. The hitherto moribund and moronic AWB have once again emerged, and in some small towns and farming communities racial tension is rising. This is ironic since Zuma has himself been well-disposed to whites, particularly Afrikaners.

A further feature that has marked Zuma’s first year has been the deeply unfortunate ongoing revelations about his private life.

Though it may not be consistent with some Christian traditions, polygamy is a recognised South African cultural practice. One may therefore accept that Jacob Zuma, as a traditional Zulu, has the right to choose more than one wife if he wishes.

Where, however, one hears of the president fathering illegitimate children – contrary to the norms of the culture he, fully within his rights as a citizen, espouses – even tolerant people get angry. A groundswell of South Africans, even ANC loyalists and supporters of Zuma, were displeased by the news of the President’s behaviour. He apologised to the public, but damage has been done. Speculation has already begun as to whether his will be a one-term presidency.

The international repercussions of Zuma’s image as traditional chief were illustrated by the rough ride he was given in the British press during his recent UK visit. The 100% Zulu Boy who sings and dances well and is comfortable as a polygamist may play well in Nkandla, but the spectacle makes City investors nervous and delights Daily Mail journalists.

One theme that has emerged from this difficult year has been a call from many circles (including within parts of the ANC) for a new national moral debate. Originating in the controversy surrounding Zuma’s private life, one hopes that such a debate, if it emerges, does not get bogged down in this alone, even – dare I say it – in this primarily. Clearly the Church could have an important role in such an important national conversation about the wide spectrum of moral challenges that we face.

The sexual conduct (or indeed other aspects of the private lives) of politicians has little direct bearing on their public performance, insofar as it does not affect their conduct of affairs of state. Franklin Delano Roosevelt was an adulterer, but remained a fine president of the United States during a difficult time in his nation’s history.

Where private lives matter is when, firstly, they impinge on proper government, violate the law, corrupt administration, or where personal behaviour costs the country money. In this respect the focus has been more helpfully placed on the morality of the business relationships of Zuma’s wives than on the morality of polygamy. And obviously, there is a desire that public figures serve as good role models to the people, particularly the youth, in a time of an HIV/AIDS pandemic. There is always a nagging concern that personal character may ‘rub off’ on public conduct.

At this uneasy point in our history, a national moral debate that focused solely on the sexual conduct of politicians would be a waste of time and money, and may well serve to obscure some of the real and present moral dangers to our democracy, namely the unacceptable levels of poverty, crime and corruption in our society and the negative values that underpin them: greed, contempt for the rule of law, and the belief that public office gives one carte blanche to enrich oneself and dish out patronage. Race and racism needs to be addressed in its many dimensions: white supremacist attitudes, black antipathy to whites, foreigners and other minorities, economic inequalities and the many senses of cultural powerlessness that make old prejudices worse.

If Zuma the populist could get this national debate going, not just among the academic talking-heads and party apparatchiks but among the ordinary people with whom he is so comfortable, this could be a milestone in South Africa’s national growth. It would add gravitas to his presidency and give him a new image as a national statesman.

Anthony Egan SJ is a member of the Jesuit Institute, South Africa in Johannesburg. He teaches part time at St Augustine College of South Africa (Johannesburg) and St John Vianney Seminary in Pretoria.

Adapted from an article originally published in The Southern Cross in South Africa.

It is in our hands

Outside the City
A Little History of Poetry
Co-creators of a better world
Laudato si’ and Covid-19: Can praises still be sung in a strange land?
Prayer and discernment in lockdown