Skip to main content
Photo by Olmovich at flickr.com 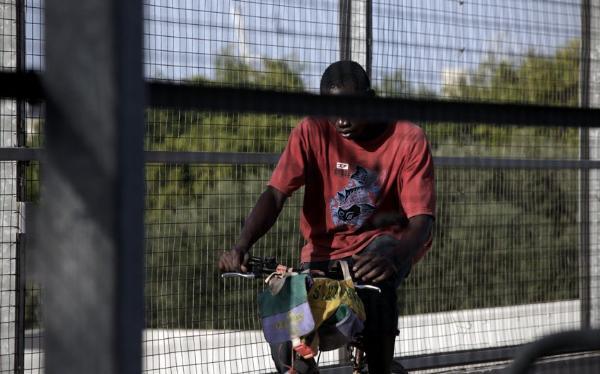 The island of Malta has in recent years come under scrutiny with regard to its position as a point of entry into Europe for asylum seekers and refugees attempting to flee Africa via the Mediterranean. Grant Tungay SJ, who spent the summer working there with the Jesuit Refugee Service, describes the plight of those who arrive in Malta under such circumstances, and the legal and political issues surrounding their situation. How can JRS offer help and companionship to those who seek refuge in Malta?

During this past summer, I had the opportunity to visit Malta to work for the Jesuit Refugee Service (JRS), a network of Jesuits and collaborators working with asylum seekers and refugees. The time I spent there gave me a unique insight into the plight of those who come to Malta seeking sanctuary, and was also an inspiring encounter with the deep faith of the people of the country. I had not previously experienced the religiosity of a country like Malta, with its wide-spread Catholic culture. The Maltese are highly expressive of their faith and I experienced the explosive celebrations of the summer feasts: the air filled with the sounds and smells of fireworks, and evenings taken up with street processions. Church bells could be heard ringing out rhythmically in the afternoon over the rooftops of the white limestone buildings. Crucifixes could be seen in prominent public spaces, like court rooms and schools, enjoying pride of place in the national consciousness.

The Christian faith enjoys a long history in Malta. A statue of St Paul guards the entrance to St Paul’s Bay, commemorating the fact that the Apostle is said to have been shipwrecked off the coast of Malta while being escorted to Rome as a prisoner. And one cannot visit Malta without being exposed to the profound impact that the Knights of the Order of St John of Jerusalem have had on the island. The Knights of Malta, as they came to be known, arrived in Malta in 1530 and set about building impressive defences against possible attack, as a reaction to the threat that the Ottoman Empire posed to the security of the Mediterranean. These defences can still be seen today, mesmerising reminders of the valiant past of the Knights. These ‘soldiers for Christ’ defended the island well and their influence can still be felt in Malta today.

As well as allowing me to experience the Catholic culture of Malta, working for JRS placed me at the very heart of the struggle in which asylum seekers and refugees find themselves while fleeing the persecution and violence in their countries of origin in Africa in search of help in Europe. Malta lies on one of the main routes that asylum seekers use to get to Europe, particularly when travelling from East African countries such as Somalia and Eritrea. Groups of asylum seekers from these countries, after surviving an excruciating journey through the Sahara Desert, gather in Tripoli in Libya to prepare for a long and dangerous journey across the Mediterranean. The groups then collect enough money to purchase a boat and a GPS system, and try wait for favourable weather. If the weather is good, they will head for Sicily; if the weather is bad, they will make for either Lampedusa off the coast of Sicily, or Malta, trying to reach Europe. Many lose their lives on these journeys. Like that of St Paul so many centuries ago, the boat is usually discovered off the coast of Malta in a state of distress. The boats patrolling the Maltese search and rescue zone will collect the desperate travellers and take them to Malta. If the rescued persons have no identity documents or valid permissions allowing them to enter European Union territory, the Maltese officials will make plans to send them back to Africa, unless they make an application for asylum. If they do, they face a possible 12 month stay in detention while their application is processed.

Malta joined the European Union in 2004 and faces increasing pressure from the EU regarding its approach to asylum seekers. Europe faces the challenge of countless groups of Africans from war-torn parts of the continent seeking help and asylum. Malta is a point of first entry into Europe and is therefore under particular pressure due to the highly contentious ‘Dublin Regulation’. This EU regulation sets out criteria to determine which member state of the EU must process an application for asylum from an individual. An important criterion for Malta is the one stipulating that in the event of an asylum seeker entering a member state irregularly, that member state is responsible for processing the application for asylum. This means that when asylum seekers are rescued in boats and taken ashore, Malta bears the burden of processing their applications. The burden for Malta, being an EU border country, is therefore one of the biggest facing any European nation. In a study undertaken by the United Nations High Commissioner for Refugees in 2009, Malta was named as the country processing the second-highest number of asylum applications per capita in Europe.

Malta isn’t alone in facing the challenge that asylum seekers pose to countries on the southern border of the EU. Italy completed a bilateral agreement with Libya in 2009 that aims to prevent asylum seekers and irregular migrants from landing on Italian shores. This agreement sees Italy now providing a sizable amount of aid to Libya, while Libya has begun to receive large amounts of migrants and asylum seekers back into its territory following failed attempts to reach Europe across the Mediterranean. Italy is therefore putting its efforts into patrolling the seas of the Mediterranean, rather than processing possible applications for asylum. This bilateral agreement has been heavily criticised, and many say it amounts to neglect by Italy of its obligations under International Law to receive and process asylum applications from those entering its territory.

Malta, although not party to the bilateral agreement, has been affected by it. The number of asylum seekers reaching Maltese shores radically decreased, and in recent months stopped altogether. On 17 July, while I was in Malta, one boat transporting 55 Somali asylum seekers was intercepted in the Maltese search and rescue zone by two patrol boats, one from Malta and one from Libya. The group was split between the two boats, with 27 of the group being taken to Malta and the rest returning to Libya on the other boat. The asylum seekers returning to Libya were said to have agreed to voluntary return. While the facts of the rescue remain unclear, a Somali family was separated between the two boats and many of the asylum seekers were led to believe that the two boats were going to the same destination. This was the first group of asylum seekers to have been transported to Malta for many months following the effects of an increased vigilance by Italy and Libya in patrolling the Mediterranean.

It is in this difficult context that JRS has been called to accompany, serve and defend the rights of asylum seekers and forcibly displaced persons. I was privileged to join the dynamic and multi-disciplinary JRS team for the summer. The scope of the service that they provide to asylum seekers is most impressive. Fr Joseph Cassar SJ is the Director of JRS Malta, Dr Katrine Camilleri oversees the legal team and, in addition to the pastoral care given by the nearby Jesuit community and the legal assistance extended to asylum seekers, the team also comprises a nurse, a social worker, a cultural mediator, a person responsible for schools outreach and a core group of staff for administration. The team is upbeat and energetic, and the asylum seekers gathering in the front entrance for the Monday morning drop-in find a warm and welcoming environment. Some members of the team have in fact been asylum seekers in the past, and are able to bring a wealth of understanding to the plight of those coming to the doorstep of JRS. The quality of care that each person of the team gives is personal, and the relationships between the staff and asylum seekers that develop can in many cases be described as companionship.

Apart from serving and accompanying asylum seekers coming to Malta, JRS defends the rights that asylum seekers have under International Law. The legal team at JRS Malta is diligent and dedicated to seeking legal redress where possible to improve the situation asylum seekers find themselves in. The team helps the asylum seeker through the application process as much as possible, processing appeals and keeping the asylum seeker informed as to what is happening to their claim. The team provides unique assistance to asylum seekers in helping them collect any benefits owed to them by the Government after their release from detention, as well as helping in any employment or housing issue encountered. As many legal avenues as possible are explored to assist those coming to JRS for help. As a part of the approach, the team seeks to make sure that the needs of asylum seekers are adequately addressed in local legislation, as well as from a European Union perspective.

A major part of defending the rights of refugees and asylum seekers is campaigning. JRS strives to make people aware of the situation facing asylum seekers in Malta. This awareness seeks to transform the local attitudes that are prevalent regarding refugees and asylum seekers. Xenophobia is a major problem facing asylum seekers: its effects are tangible when an asylum seeker searches for employment after a successful claim, and can also be felt in all the stages of the process before that, making any attempt by the asylum seeker to integrate into Maltese society difficult. The schools outreach programme that JRS Malta runs is instrumental in its attempts to combat this, providing the much-needed input at school level. JRS also publishes regular reports on the situations that asylum seekers encounter in detention, on the journey to Malta, and in the process they go through to have their voices heard. Just last year, JRS published an report on the conditions of detention in Libya (‘Do They Know?’, available on the JRS Malta website: www.jrsmalta.org) which outlines the experience of asylum seekers making their way to Malta through Libya. As a consequence of this work, JRS has obtained a reputation for providing accurate information on the asylum seeking process, which radically improves the effectiveness of all JRS campaign work.

I was very touched by the welcome I received from the Maltese people, and was fascinated by the richness and diversity of the historical influences that have shaped the country. A vital faith is alive there, a faith that can be felt in the festivities of the summer and in the interactions with the people you meet. JRS continues to be a practical expression of, and witness to, this faith in the work that it is involved with.

iWitness: ‘Freely have you received, freely give’