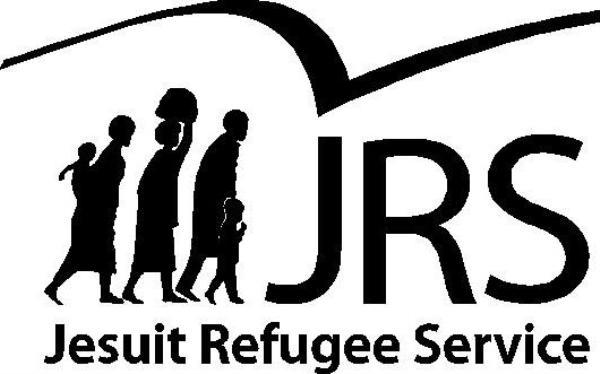 26 January – 3 February 2013 is Poverty and Homelessness Action Week. Poverty and homelessness are a daily reality for many refugees in the UK: with no access to benefits or permission to work, they become dependent on goodwill and on the assistance offered by organisations like the Jesuit Refugee Service. JRS volunteer, Br Joseph Emmanuel describes his experience of serving, accompanying and defending refugees affected by poverty and homelessness.

Thursday, 10.00am in Wapping, East London. The Hurtado Jesuit Centre (named after St Alberto Hurtado SJ) is relatively empty apart from a few volunteers and members of the Jesuit Refugee Service (JRS) office staff. By 10.30am, the centre is getting busy: children are racing around, and men and women from various countries and continents gather together at the weekly JRS drop-in centre. Despite the overwhelming diversity of those gathered, it is possible to separate the group into its two constituent parts: the minority (of which I am a part), those who volunteer week by week (and in some cases year by year); and the majority, whom they assist. But who are the majority?

They are asylum seekers faced with destitution: those who are in the United Kingdom seeking sanctuary and protection but who have no recourse to public funds and no permission to work, and are thus extremely vulnerable to exploitation. They are entirely reliant on the hospitality of friends – a spare floor or sofa passing for adequate accommodation – and, if and when this option fails, they are rendered street homeless. Not only do they have to contend with this terrible reality (a blemish on our so-called ‘civilised’ society) but they also have to live with some truly dreadful memories: rape, torture, the slaughter of loved ones, the destruction of their homes and homeland, to say nothing of the physical effects (some long term) caused by these events.

One might be forgiven for expecting the atmosphere in the centre in those circumstances to be oppressive, gloom-laden, dull – but it isn’t. Instead, the sounds of laughter bounce off the centre’s sparse walls and the space is filled with friendship, love and kindness: our human potential expressed to its fullness and best. Many different languages are heard: Amharic, Arabic, French, Lingala, Russian and Tigrinya – and English, the lingua franca. Looking around the people gathered, one is struck immediately by the way in which those from different countries sit and chat together; a vision of diversity and inclusivity the world would do well to learn. What do they talk about? Shared experiences of the immigration system; the weather; football; politics (whether at home or in the UK); all matters great and small. Interestingly, one never hears a criticism or bitter word spoken about the asylum system which has placed our friends in this position – would that the system itself were quite so charitable.

Then, at 1.00pm the sandwiches are produced, courtesy of Pret a Manger, and everyone settles down to lunch; united around the table, this is an expression of the communion of the Eucharist or an Eid. At 2.00pm, the distribution of travel grants (currently £4.40) begins again; more people are interviewed as potential JRS ‘clients’; health packs are given out (sufficient basic toiletries for one month, provided by donors); more tea, coffee and biscuits are consumed; more humour shared and kindnesses given. By 3.00pm, things are calming down and the volunteers are working out whether ‘the record’ has been broken: those who have been volunteering for a long time have seen a rise of about 33% over the past year in the number of people forced to avail themselves of our services. At 3.30pm a line is drawn under the names in the register to signal that the drop-in centre is over for another week.

More people will come to the Hurtado Centre during the week for a chat or for assistance with a particular problem, but the group of 120-plus who come on Thursday for the drop-in centre will not gather again until next week. Then there will be new faces, and some of those who attended the previous week will not be there: perhaps they will have had good news about their asylum claim; perhaps they will have been detained, pending removal from the UK; perhaps they are unable to come to the centre for another reason. In rare and terrible circumstances, one might have died; perhaps because of a health issue which might have been avoided had medical care been more easily accessible for someone in their position.

But the beneficiaries in this process are not only the majority who receive food, expenses, health products and advice. As a member of the minority, I can quite safely say that we volunteers receive as much from our friends as they do from us. Yes, we distribute the travel expenses, the health packs and the food, and in so doing distribute the kindness of those who make such donations possible; but in return we receive so much more than mere physical goods: we receive friendship and deep affection. We are taught lessons; above all, we are shown the endurance of the human spirit. Faced with the daily grind of a life which some might describe as horrific, our friends have lost nothing of their capacity to love and to give. How blessed we are to be able to receive from our friends and how freely they give to us! How can we who have so much possibly bemoan our lot when we see the smile of someone who has absolutely nothing? How can we possibly begin to feel sorry for ourselves when we know that the person we are talking to has endured terrible physical and mental hardship, and continues to suffer the uncertainties of being a destitute person seeking sanctuary? How can we begrudge a moment to someone who may – or may not – be deported home to a cruel and dangerous life?

And yet, in my time as a volunteer with JRS UK I have received even more than that, for I know that I am part of a much wider organisation which works throughout the world, seeking to bring comfort and basic human dignity to all, irrespective of colour, creed or ethnicity; recognising, as the great Fr Pedro Arrupe SJ (the Superior General of the Jesuits who founded JRS) noted, our common humanity. I am also part of an organisation which hopes, very much, to cease to exist; an organisation which hopes for the ceasing of wars and the end of suffering, for harmony between peoples and with the natural world. Until then JRS will continue its work and its members will continue to be blessed by those that they serve, accompany and defend.

Br Joseph Emmanuel nSSF is a Novice in the Anglican Society of St Francis and a volunteer with JRS UK.