Skip to main content
Photo by Magharebia at flickr.com 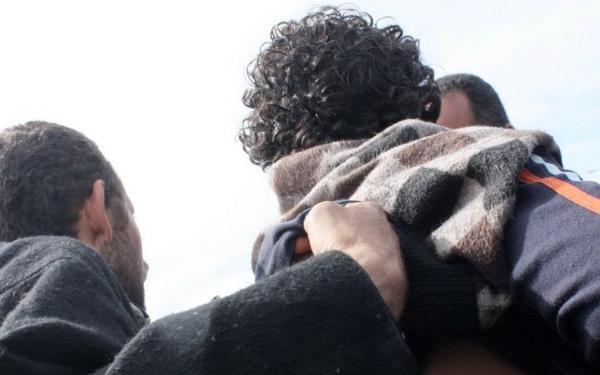 The evidence of torture uncovered in Libya has prompted new questions to be asked about its practice and about the degree of complicity of states who claim to uphold the right to freedom from torture. Isidore Bonabom SJ argues that there is something crucial missing from internationally-accepted definitions of torture, which, if it were included, might help us to re-think our approach to this issue.

An error does not become truth by reason of multiplied propagation,
nor does truth become error because nobody sees it.

Some of the disturbing discoveries from the conflict in Libya are the torture chambers in Tripoli and the collection of secret documents showing links between the security services of Muammar Gaddafi and those of some Western regimes.[1] The first revelation was perhaps not surprising since Gaddafi’s government was known to practise torture; indeed, one of the reasons for the uprising against the regime was the perceived levels of human rights violations in the country. The second discovery – of documents describing how security services in at least three Western countries offered to ‘render’ some detainees to Libya – has caused much dismay. Many of the documents were discovered last month and already David Cameron has asked the Gibson Inquiry, tasked initially with ‘looking at the extent of the UK Government’s involvement in, or awareness of, improper treatment of detainees including rendition’[2], to expand its mandate to include an investigation into the level of intelligence-sharing between the United Kingdom security services and the Gaddafi regime. These stories emanating from Libya raise a number of questions about the widely-debated issue of torture.

At the heart of the problem of torture, though, are not questions about whether its practice ought to be lawful in particular jurisdictions or whether the use of ‘truth serum’ in the interrogation of suspects yields accurate intelligence. Rather the crux of the issue is the inevitable way in which torture dehumanises both the victim and the perpetrator, removing an essential aspect of the ‘shared humanity’ between the two people. An episode from the South African Truth and Reconciliation Commission (TRC) hearings might put this claim into context. Jeffrey Benzien had worked in the South African Police Service during the Apartheid era and was responsible for some of the worst torture carried out under the regime, while Tony Yengeni was a member of Umkhonto we Siswe (the armed wing of the African National Congress) and had suffered torture at the hands of Benzien. As the two men faced each other in the TRC hearings in 1995, Yengeni asked Benzien to, ‘Show the Commission how you would smother us until we thought we were drowning, that we would suffocate and die.’[3] Benzien stepped forward, straddled a volunteer’s chest between his knees and simulated the way he used to place a sodden bag over victims’ heads until they were asphyxiating in order that he might extract information from them. When Benzien stood up, Yengeni asked him to, ‘explain how one human being can do this to another human being?’[4] At those words Benzien started crying and between sobs responded thus:

Not only you have asked me that question. I, I, Jeff Benzien, have asked myself that question to such an extent that I voluntarily… and it is not easy for me to say this in a full court with a lot of people who do not know me, approached psychiatrists to have myself evaluated, to find out what type of person am I.[5]

This dehumanisation, in my view, is what is missing from definitions of torture in international and domestic legal frameworks. The UN Convention against Torture defines torture as:

any act by which severe pain or suffering, whether physical or mental, is intentionally inflicted on a person for such purposes as obtaining from him or a third person information or a confession, punishing him for an act he or a third person has committed or suspected of having committed, or intimidating or coercing him or a third person, for any reason based on discrimination of any kind, when such pain or suffering is inflicted by or at the instigation of or with the consent or acquiescence of a public official or other person acting in an official capacity.[6]

But torture is more than just one human being hurting another intentionally. It is the way that it destroys the dignity of both the victim and the perpetrator that really defines it.

The Church’s position on this subject is rooted fully in the understanding of the human being as the image and likeness of God. Inflicting pain and suffering intentionally on this ‘image and likeness of God,’ according to the Church, represents a ‘physical or moral violence’[7] and therefore is one of the disgraceful ‘social evils that poison human civilisation and debase the perpetrators more than the victims.’[8] In line with this understanding, the Catechism of the Catholic Church asserts that, ‘to extract confessions ...frighten opponents, or satisfy hatred is contrary to respect for the human person and for human dignity.’[9]

While there are many examples of the use of torture in human history, there is an equally long tradition of people contesting its use. For example, Cesare Beccaria took up the issue in his writings in the 1760s, drawing attention to the irrationality and immorality of using torture as a means of extracting information from people, and pointing out that it is absurd to make physical pain into the ‘crucible of truth.’[10] George Orwell’s depiction of torture in Nineteen Eighty-Four described Winston Smith, the protagonist, being held in a room with rats because the authorities knew that this was his worst fear. Big Brother’s treatment of Smith in Nineteen Eighty-Four highlights at least three features of torture as it is defined by the UN Convention: first, that the pain and suffering caused is severe and is of a mental or physical nature; second, that the pain is inflicted for a political reason; and third, that it is inflicted by state agents or under public officialdom.

The hypothetical example of the ticking bomb is the most commonly-used argument for the use of torture. It imagines a situation in which a state has a terrorist in custody who possesses a critical piece of information, such as the location of a bomb that will soon go off and cause extensive loss of life. In such a hypothetical situation, the use of torture, it is argued, should be allowed on consequentialist grounds: but by its use, surely, the perpetrators become as inhuman as those who have planted the bomb in the first place. In any case, it is not clear that this argument applies to the torture that may have occurred in Libya either because of draconian domestic policies or at the prompting of a Western state using rendition laws to transfer suspects there.

The documents uncovered in Libya outline the way in which agreements were reached for the transfer of terrorist suspects from countries where torture is prohibited to places where they could be tortured by proxy under the rubric of ‘extraordinary rendition.’ There is rightly shock when a Western government which recognises freedom from torture as a fundamental right seeks to transfer detainees in its custody to a regime that is known to practise torture. In the words of Conor Gearty, a ‘verbal Trojan horse’[11] has crept in under some of the post-9/11 and post-7/7 counter-terrorism laws, that seems to rationalise the use of torture, as long as it happens in a jurisdiction other than one’s own backyard.

The point is that prohibition against torture is a duty imposed on people involved in armed conflict. People who use torture against detainees, prisoners of war or civilians in the course of an armed conflict are in breach of the Third and Fourth Geneva Conventions of 1949. The Rome Statute on the International Criminal Court (ICC) also defines torture as a war crime and, outside a conflict situation, as a crime against humanity. In these two cases, jurisdiction for prosecution lies both with national courts and with the ICC.

The enforcement of this prohibition though is not altogether effective. International law situates state obligations to respect, protect and fulfil rights in particular conventions within the ambit of state ratification. Thus, if Libya has not ratified the UN Convention against Torture then in theory it is not bound by it. Even though the ICC has attempted to fill this gap by trying perpetrators of crimes against humanity, it remains to be seen if perpetrators of the Libyan tortures will eventually be brought to book for their activities. In addition, even though the UN has set a definition of torture, there is no consensus about what measures can and cannot be used. The lack of consensus about what exactly constitutes torture can sometimes be used as an excuse for the employment of measures that, in fact, are synonymous with torture. What this suggests is that improvements to international law and its enforcement are required in order to provide full protection from torture.

Sadly, there are still Orwellian Big Brothers in our world who, for one reason or another, view torture as acceptable as long as they can conceal the practice from the public eye. Secrecy surrounds torture because countries that consider themselves to fall under the aegis of ‘civilised nations’ feel embarrassed about being caught using a method which time and time again has proved to be dehumanising both to the victim and the perpetrator, and also because torture is prohibited under international law. For good reason, the UK House of Lords in December 2005 outlawed the use of evidence obtained from torture.

Why then is torture still in use in our age? States are quick to deny knowledge of the practice of torture in their own lands or by their security services, and state agents pass the blame on to someone higher up the chain of command when stories of torture leak, as has happened with terrorist suspects who were rendered to Libya. It is a case of double standards when a regime that has clear laws prohibiting torture renders suspects under its jurisdiction to another country where torture is known to be practised. The truth is that wherever torture occurs it represents a blemish on our shared human dignity. One of the challenges and ironies of the secret use of torture is that, in the fight against terrorism, it may attack the very principles of a liberal democracy that are being defended.

Isidore Bonabom SJ is studying for a doctorate in Human Rights Law.

The Scouting Book For Boys

The 2018 Synod and the gift of young people