Skip to main content
Photo by jdsmith1021 at flickr.com 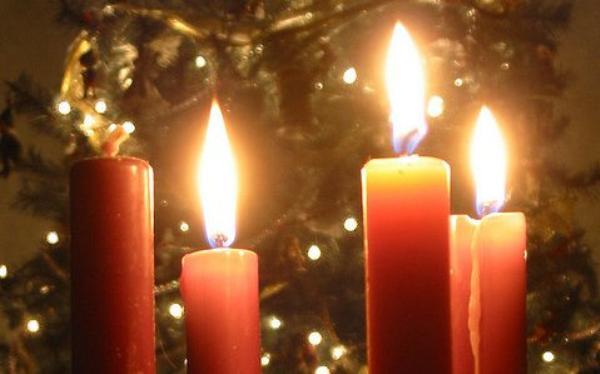 The call to rejoice recurs throughout the readings for the Third Sunday of Advent – does this involve looking to a future happiness that lies beyond this world, or are we to find cause for hope and celebration in the here and now? John Moffatt SJ opens our eyes to the ways in which we might link our human aspirations to our heavenly ones.

We encourage you to look at the readings for the Third Sunday of Advent alongside this article:

I once heard someone sum up the spirit of the Jewish festivals as: ‘they tried to kill us, we got away, hey, let’s have a party!’ This reminds us of something vital in the text of our faith tradition. When we hear Zephaniah’s call to shout for joy, we are, first and foremost, hearing that ancient spirit of human celebration. It is the voice of a people that had been crushed, but that has now been brought back to life. In a wonderful, gracious moment of history the exiles of Assyria and Babylon return to Jerusalem to make a new beginning, and in that moment of history, they recognise the saving action of God. This experience, the recorded experience of one people and the shared experience of humanity, underpins the call to rejoice that runs through the readings for the third Sunday of Advent. Salvation is being rescued from our enemies, being allowed to live in peace, rejoicing in the freedom to be ourselves before the God who made us.

But when we delve deeper, we find that those texts of rejoicing and return that we read at this time of year are surrounded by texts that speak of war and conflict. They come from a region where city-states and small nations rubbed shoulders with local and aggressive superpowers from Assyria, Babylon, Egypt, Persia. As I sit in (comparatively comfortable) Beirut writing this, it feels that not much has changed two-and-a-half millennia on. A violent civil war still rages in Syria, claiming fifty to a hundred lives a day. The refugees on the borders and in the towns struggle to survive as winter comes on. From the Gaza strip this morning, Hamas militants fired twenty more rockets into southern Israel and celebrated blowing up a bus in Tel Aviv, while the Israeli state continues its uncompromising and deadly response in Operation ‘Pillar of Cloud’. Lebanon itself, though reasonably calm, is still feeling the shock-waves from the assassination of its security chief last month. The ‘Party of God’, Hizbullah, committed to the annihilation of Israel and armed for the purpose by Iran and Syria, uses its military muscle to exercise a stranglehold on healthy political growth. Simmering local tensions and rivalries remain unresolved, and there are plenty of guns lying around in case negotiation fails.

This is, of course, just one troubled corner of the world and there are many others, which find their way into the international news less readily than these. But all of them force the question of what it means to rejoice in the Lord, here in this place, wherever you may be, at this time. The moments of human rejoicing in human history always pass and may well not be present for us now. It seems we are being called to rejoice in spite of what may be going on around us, or within us. But how can we rejoice in the Lord in a way that ignores this life of ours and that of our fellow human beings? Do we really have to detach our human aspirations from our transcendent hope (whatever that means)?

We must here acknowledge one of the charges that has often been laid against our faith: that it appears to teach people to accept their present, real misery for the sake of an obscure future happiness, instead of encouraging them to take action and make things better. It is a form of religion that too comfortably suits the advantage of stratified societies and totalitarian regimes not to arouse suspicion. It is the Epicurean dimension of Christianity that encourages those who seek true peace to stay out of politics and take refuge in the garden.

But such criticism misses the vital centre of Christian discourse, something which it shares with every religious tradition. You might call it the strange desire for God, or perhaps just the strange desire for what lies beyond our limits. It is something that many, though not all, human beings experience. This strange desire is occasionally met with an answer: the silent voice from beyond, a powerful and delightful presence, whose final meaning we never grasp. It passes as if it had never been and yet makes us afterwards look at everything around us with different eyes, and perhaps with different hearts. It is such an encounter that enables us Christians to see in the cross not just the hideous human cruelty and that terrible moment of annihilating failure, but the deeper love, the victory of life and a final overcoming of all that we most fear. It is this that can also free us in our turn to confront the cruelty and failures of history and reveal in our small way, signs of hope.

Here, then, is our key to understanding how it is that we can rejoice, here and now. We have been privileged to glimpse something that helps us see the world aright and to find our true place in it. This we celebrate. As we contemplate the advent of the God-man into our world, not to destroy or abandon it, but to make it new, we are invited to see once more with new eyes and a new heart the world around us. What might we see?

I find a timeless image in Homer’s description of Achilles’s new shield, forged by Hephaestos for him, as he prepares to return to battle and avenge the death of his companion Patroclus. The Iliad itself announces as its theme the pain and suffering brought about by Achilles’s anger and we spend most of the great epic on the battlefield between the Greek camp and Troy, a city under siege, doomed to fall. But strangely on the new shield, yes there are scenes of battle and violence, but there are also scenes of dancing, merrymaking and feasting, pastoral scenes from the hills and fields. As Achilles prepares to go out and massacre Trojans he carries on his shoulders something that reminds us, the listeners, that the world is not, after all, limited to the plains of Troy and that the horrors of battle do not contain the whole truth of the human condition.

This, it seems to me, is what we are invited to recognise as we hear the call to rejoice, not written on the page but echoing in that deep and mysterious silence towards which our eternal longings are directed. We are not asked to separate our human aspirations from heavenly ones – how could we, if we believe in the incarnation and the resurrection of the body? Rather we are invited to recognise that what has its roots in the longings of time finds its answer in eternity. But equally the lessons of eternity are learnt amidst the things of time.

Finally, and most importantly, if we understand that, we will understand what our action in history means and why not all of us can stay in the garden. We have a task to be shared with men and women of good will. That task is to bring to birth those moments of salvation and liberation in our world. For these are the living signs of our hope. It doesn’t have to be complicated. John tells the tax-collectors simply to be honest, and the soldiers to keep the peace with integrity. Be a good boss, a faithful partner, a generous neighbour. Sometimes it will be more, much more, as on the day that Nelson Mandela stepped out and forgave his captors. Such are the sacramental actions that speak to the longings of a suffering humanity and reveal the power and the love that lie beyond. The authors of Gaudium et Spes, witnesses of the horrors of twentieth century Europe, understood this. They knew that there was no credible way back to a dreamy, stratified romanticism about an imagined medieval past. The proclamation of faith cannot bypass the actual joys and sorrows of those around us, in a world of often harsh political, social and economic realities. Authentic worship belongs to the weekday. It is a sign of our lives before God in a world ever-groaning to give birth to his word, not an endless flight from a godless generation.

As I finish, Lebanon is celebrating its independence day and the US celebrates Thanksgiving. ‘They tried to kill us, we escaped, let’s have a party!’ Our celebrations are human and divine. John speaks of the one who is to come carrying a winnowing-fan, bringing fire and judgment. But the one whose coming we delight in also walked our streets, healed our sick and broke bread with sinners. At the heart of our history he carries the cross. In the privileged moments when are eyes and hearts are opened to see the world aright, this changes everything.

John Moffatt SJ is a former school and university chaplain and is currently in Beirut. In 2013 he will be teaching scripture at the Jesuit Institute in South Africa.