Skip to main content
Photo by scottmontreal at flickr.com 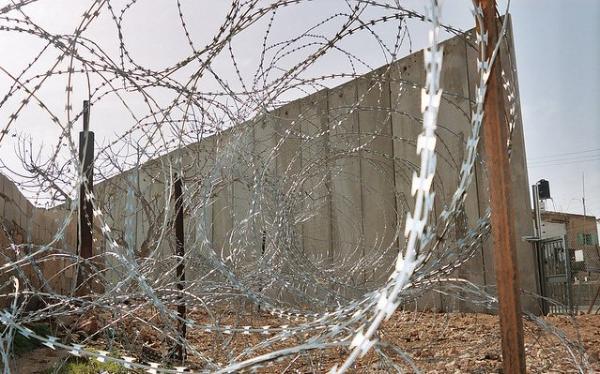 On the Second Sunday of Advent we hear Isaiah’s promise of justice and John the Baptist’s prophecies about the one who was to follow him.  These readings give a sense of the weight of expectation on the one who was to fulfil these promises, says Christine Allen, and at the heart of this fulfilment was a ministry of reconciliation.  What does that mean for us today?

Imagine living in a land that is occupied. Your country is not yours anymore. You are restricted in your movements; you can only travel if you have the right permits. The occupying soldiers will stop you at checkpoints or just along the street and you will be turned back if you do not have the right documentation. What you previously owned is no longer yours: someone else is farming your land, living in your house. You are in danger of losing any land that you still have; your house may even be faced with demolition. You pay taxes but seem to get no services, or poorer services than those of other groups. The social and political leadership seems to be in cahoots with the occupiers, intent only on protecting their own power and not serving those who are suffering. And how people are suffering! Poor people end up with even less. If there is work, it is seasonal or unreliable. So many are destitute, dependent on the goodwill of others, while those who are rich seem to continue to get richer.

This is the context of first century Palestine, the land into which Jesus was born. We can begin, then, to imagine the high expectations the people would have had of the kind of leader that Isaiah promises in the first reading of the Second Sunday of Advent: someone with ruthless integrity, who would bring them out of their desperation.  In the gospel reading, John the Baptist echoes this prophecy and adds to the heightened anticipation, with his references to ‘the one who is coming after [him]’ with his winnowing fan, the one who will burn the chaff.

These readings talk ultimately of peace, of the rule of justice. What does that mean in practice? It might realistically mean fighting power with power and removing the oppressors. This is what the people wanted – and expected. Jesus, though, talks of repentance; he fights oppressive power with the power of poverty, vulnerability, forgiveness, love and, ultimately, sacrifice. For a people who were so oppressed, this does not seem to make sense. We know that according to the expectations of his time, Jesus failed. Horribly. But it is not until we see the whole story that we understand that Jesus was laying the foundations not for a socio-political revolution, but a completely different project of transformation: bringing about the Kingdom of God, which was (is) not exclusive or restrictive, it is universal. This was the good news for the poor and the occupied; but it was good news for the rich and the occupiers, too, and it is the message for us today. As Hugo Echegaray puts it, ‘Universal justice and love reveal the Father, and represent a rejection of every ideology and way of life that condone oppression.’[1]

But why come preaching peace in that particular situation? Perhaps because it is the most difficult context in which to deliver this message of universal love. Occupation is the opposite of this love: it entails a dismantling of human relationships and the separation of people. Society is fixed into strata: the occupier and the occupied. Any attempt to overcome this using physical force only hardens those strata as the security rationale for occupation becomes embedded.

I recently experienced some of this in Israel, the West Bank and the Gaza strip. The wall, watchtowers and checkpoints are the most obvious manifestation of the security rationale, but, rather than building peace, I fear they just reinforce separation. Palestinians in the West Bank feel a growing sense of the loss of their land. They face the potential demolition of their own houses as ever more settlements are being developed, land is sequestrated and precious resources, like water, are increasingly diverted. I spoke to one man as we were going through a checkpoint in the wall: ‘This’, he said, gesturing around him at the wire, the fences, the soldiers and the wall itself, ‘this is what peace has brought.’ It felt as far away from true peace as I could imagine.

The Old Testament readings throughout Advent are drawn from Isaiah. They speak of true peace, heralding the coming of a new kingdom. It is a rich and beautiful language, but I feel a certain sadness when I hear it, because we are so far away from the vision described in its prose.  As the saying goes, peace is more than the absence of war; and, as we learn from the prophet, it requires integrity and justice, too.  How can we speak of peace in this land?

There are no easy resolutions to the intractable injustices in the Holy Land today, nor were there in Jesus’s time, but there are signs of hope. These signs take the form of the people who have the courage to cross the divides to speak out for peace and human dignity.

It may seem trite, but forgiveness has to be part of the answer. Echegaray puts it beautifully when he says, ‘Forgiveness entails risk, for it puts us at the mercy of one another’, and he quotes Duquoc who says ‘Forgiveness is an act of freedom’.[2] During Advent, we are not just waiting but we are preparing to remember God’s coming, and we do so by turning back to God and by seeking reconciliation with one another. When there seems to be no space for anything else, there has to be the space for mutual forgiveness and reconciliation.

Jesus’s ministry was one of forgiveness. He focused on restoring right relationships. Almost with his final breath, he asked the Father to bestow forgiveness. I take this to be an enormous hint.  In today’s world, we desperately need this true forgiveness and reconciliation.

In the readings for the Second Sunday of Advent, Isaiah paints a picture of the ultimate reconciliations; St Paul reminds us to follow Jesus’s actions; and we meet John the Baptist, who could see when the powerful were just hedging their bets! When we bring to this our understanding of the time of oppression during which God broke into human history, we get a sense of the hope and expectations that were heaped on Jesus in his time. So what hope can we, as his followers, offer in our world today?

We are asked during this season to look deep inside ourselves, to find what needs to change and act accordingly. If we can be brave enough to forgive, even in our own small ways, that is the most revolutionary act of all.

Christine Allen is Director of Policy and Public Affairs for Christian Aid. She writes in a personal capacity.

[1] Hugo Echegaray, The Practice of Jesus, Orbis books 1984 (translated from the Spanish)