Skip to main content
Photo by Psychology Pictures at flickr.com 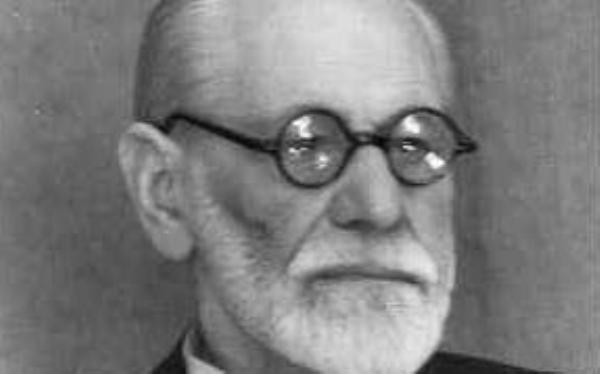 In the first of two articles for Thinking Faith, Professor Rachel Blass describes the ways in which psychologists typically address the phenomenon of faith. The most familiar approach is probably that of Sigmund Freud, who was critical of faith, but do other models that seem to be ‘faith-friendly’ really offer a more positive interpretation? Moreover, are any of these accounts of faith recognisable to believers?

In my view, it is particularly important to reflect upon the psychological approach since it has become integral to the way in which contemporary culture thinks of faith. The common secular view, often employed in atheist critiques of faith, is not that believers are philosophically- or scientifically-challenged, but rather that their personality (under certain social conditions) or their psychological limitations make them inclined or compelled to accept and act upon groundless claims regarding God’s existence and our relationship to him.

In what follows I will describe the psychological approach to faith, focusing on the account offered by Freud. I will briefly comment on how seemingly alternative, faith-friendly psychological approaches, in effect, actually continue his critique. In a subsequent article, I will then turn to outline four ways in which Freud’s critique can in fact be helpful to believers.

Of all of the psychological accounts of faith put forth over the years, that of Sigmund Freud, the Austrian psychoanalyst who wrote primarily during the first four decades of the 20th century, is the most influential. Freud had developed ideas on the underlying motives that shape human behaviour and states of mind, and he applied these to his study of faith. As with his studies of all other phenomena, he wanted to know what wishes, needs and conflicts were coming into play in what believers call faith. He was always concerned with the motives of individuals, which would differ from person to person, but he could see common lines of thinking across individuals and these find expression in his overall account.

Freud’s best-known ideas regarding faith centre on the individual’s wish to have a protective father figure with whom he or she can feel identified. One of his texts describes what religion undertakes to do for people as follows:

It gives them information about the origin and coming into existence of the universe, it assures them of its protection and of ultimate happiness in the ups and downs of life and it directs their thoughts and actions by precepts which it lays down with its whole authority. Thus it fulfils three functions. … [I]t satisfies the human thirst for knowledge; it soothes the fear that men feel of the dangers and vicissitudes of life, when it assures them of a happy ending and offers them comfort in unhappiness…[and] it issues precepts and lays down prohibitions and restrictions.[1]

Freud goes on to explain that what unites these three seemingly disparate aspects of religion (instruction, consolation and ethical demands) is the fact that they are all tied to the child’s view of his or her father. The God-creator whom believers call father, Freud writes, ‘really is the father, with all the magnificence in which he once appeared to the small child’.[2] He created us, he protected us and he taught us to restrict our desires. Freud explains that when one grows up one still remains helpless in many ways in the face of the dangers of the world, but one recognises that the father cannot really be a source of protection from them. Thus, Freud explains, the believer,

harks back to the mnemic image of the father whom in his childhood he so greatly overvalued. He exalts the image into a deity and makes it into something contemporary and real. The effective strength of this mnemic image and the persistence of his need for protection jointly sustain his belief in God.[3]

These needs and wishes for the protective father explain not only the idea of there being a personal God who created us and loves us, but also our sense of guilt in relation to him. Our feelings of guilt are expressions of our conscience, which we form with the critical inner voices of our parents in an effort to be assured of their love. These voices are now perceived as coming from God. Freud concludes:

The amount of protection and happy satisfaction assigned to an individual depends on his fulfilment of the ethical demands; his love of God and his consciousness of being loved by God are the foundations of the security with which he is armed against the dangers of the external world and of his human environment. Finally, in prayer he has assured himself a direct influence on the divine will and with it a share in the divine omnipotence.[4]

The notion of sharing in divine omnipotence points to our desire not only for security, but for control; indeed God is great, but He is in a close relationship with us, He is in us, He is like us. This may be a great boost to our ego. In this context, belief in Jesus (the Son) is often regarded as an expression both of our desire to be exonerated of our ‘sins’ in relation to the father (in sharing the experience on the cross) and a desire to become God ourselves.

In other words, in the depths of our mind God becomes an idea, a construct, associated with different parts of our selves and our internal parental figures. He serves us in our desire for protection, for love, for punishment, for restriction of our desires, for exoneration, for perfection and power (while in each person these specific factors may play out somewhat differently). In addition, our need to submit to authority, to follow clear rules, to not think on our own, may come into play, both in our relationship to God and in our relationship to those who transmit faith to us. We may be inclined to blindly accept traditional claims.

Freud is clear on the fact that having wishes and needs for the world to be in a certain way does not mean that the world is not that way. The law of gravity may be a great source of security, but that does not tell us anything about the truth of the law. Yet, in most of his writings Freud does express the view that our ideas of God have no source but the psychological one. They are delusions. Here he relies on what Pope Benedict XVI refers to in his Apostolic Letter for the Year of Faith, Porta Fidei, as the contemporary mentality which limits ‘the field of rational certainties to that of scientific and technological discoveries’.[5] Freud writes: ‘scientific work is the only road which can lead us to a knowledge of reality outside ourselves’,[6] and religious ideas are not only closed to scientific investigation but also are ‘so improbable, so incompatible with everything we have laboriously discovered about the reality of the world’.[7] This idea that faith is nothing but expressions of psychological constructs is central to the psychological approach to faith.

The negative attitude to faith of Freud, Freudian psychoanalysis and a good part of psychology at large has to do with its ‘delusional’ nature, the fact that it is seen as a distortion of reality, of truth, due to our self-serving needs. Faith is perceived not only as mistake, but as a kind of moral failure, childishness at best, our inclinations towards which should be overcome.

Later psychoanalysts elaborated on Freud’s ideas on faith, for example, some putting greater emphasis on the role of the mother rather than the father; others providing empirical evidence in support (e.g. showing that people with certain kinds of needs were more likely to convert than others). But his basic model was widely accepted.

Carl Jung, for example, speaks very positively of faith, but according to him God is a psychological construct, reflecting an image of our Self. The sense of the numinous, of awe that we may experience as being in relation to God is, accordingly, actually what one feels when one encounters the depths of one’s own mind, which is powerful and felt to be beyond our control. Humanist psychologists, too (e.g., Fromm, Allport), tend to regard faith positively, but what they see as positive is not a relationship to the reality of a transcendent and personal God, but a certain psychological stance) associated with openness and compassion) in relation to the idea of such a God. The approach popular in recent years and advocated by psychologists such as Pargament, which considers faith as an expression of the person’s ‘spiritual, but not religious’ inclinations regards faith in a similar way . Others will accept that our view of God is determined by our relationship to our parental figures, but emphasise that this means that if we work out our parental relationships, our relationship with God will improve as well. They do not see how this, in effect, leaves little room for God’s actual presence and his own appeal to us (even if we do not work out our relationship with our parents).

Not only do these accounts mainly continue Freud’s critique of faith as being a distortion of truth, but (unlike Freud) they also dismiss the traditional believer’s concern with truth. For this reason, although they recognise the benefits of and attribute some value to religious belief, I find it hard to regard these accounts as faith-friendly.

The psychological approach to faith that I have outlined above may seem to offer little for believers to engage with positively. However, I believe that there is a lot that people of faith can gain from exploring and understanding this approach. The next article will describe four ways in which a psychological account of faith can facilitate a deepening of faith.

Professor Rachel Blass is a psychoanalyst and heads the Psychology of Religion postgraduate programme at Heythrop College, University of London.

‘Faith and the Psychologists: On how atheist psychology serves faith’

Is religion good for your mental health?

The Virgin Eye: Towards a Contemplative View of Life