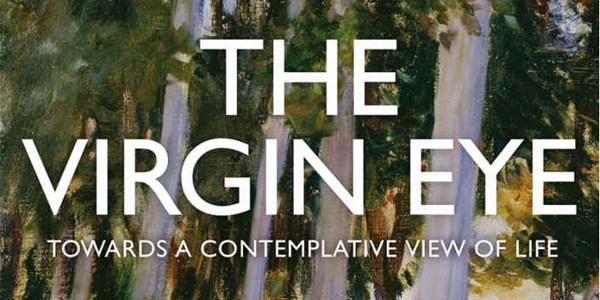 In her touching introductory tribute, Robin Daniels’s widow, Katherine, writes that what was most remarkable about him was a quality of multi-dimensional listening: ‘he seemed to be listening simultaneously, to God, to his own depths and to the other person’. This deep drive towards integration seems to have reflected (or inspired) the external course of his life. He had worked, amongst other things, in the wool trade, as a music critic, as a social worker and as the publicist for a mental health charity. These varied experiences were fruitfully integrated at the Westminster Pastoral Foundation where he was an inspiring psychoanalyst and counsellor.

His book is structured according to the same fundamental triad as his life: the threefold attention we need to give to God, to the self (including, crucially, one’s shadow) and to others. So, Katherine says, Daniels was ‘one-pointed’; yet this one-pointedness – which entailed the disciplined pruning of other intrinsically good activities – unified complexity: he prioritised ‘prayer, writing and his counselling work’. This necessary discipline was embodied also in his style of life: ‘a rhythmical life, at an adagio pace’. His social encounters were ‘well-spaced but those he had were deep’.

This focus is no less a response to the external pressures of our age: an ever-increasing rate of social change, and the almost inevitable internalisation of these pressures in stress, haste and impatience. ‘Constantly receiving messages and being always on the lookout for more information makes workers tired and anxious. Their concentration suffers, they doubt their own often hasty replies and decisions, and their attention span shortens – thus reducing their stamina for longer-term projects’.

Every chapter concludes with a helpful series of prayers. His all-embracing prayer is to be faithful to ‘all outer duties and all aspects of interior work and spiritual life. And may I never allow outer to submerge inner’.

Accordingly, the book’s three main sections concern God, Self and Others. His strictly theological reflections are few. But he argues that no solution to our crisis can be found without being centred on God. ‘What will fundamentally ease the strain of all this restlessness … is prayer. … We need to listen to the impulses from within: in loving God and serving others rather than our own projects, we will find our true power and strength’.

The book is most notable in bringing together Daniels’s spiritual awareness and his professional psychological expertise. Take his reflections on ‘ego’ and on the ‘shadow’ (p. 221 seq). As a psychotherapist, he uses ‘ego’ in a wholly positive sense. It regulates the id (the drives for food, sex, satisfactions) and the super-ego (that is, conscience as compulsion, embodying the internalised, often exaggerated prohibitions and commands of our childhood). In the clinical sense the more robust your ego, the less ‘egoistic’ you will feel the need to be, since a mature, secure identity releases us from the need to adopt rigid defensive positions. Conversely, ‘if parts of ourselves are split off and unacknowledged they can become an internal (and infernal) fifth column sabotaging our best efforts’.

If the outer must not overwhelm the inner, the outer is nevertheless accorded full value. Interiority is not identical with introversion, still less with fixation on the self. ‘The more self-aware you are, the greater your capacity for understanding other people, and the better you are able to relate…. You cease to use other people for your own (mainly unconscious) needs: such as playing the role of entertainer because of a craving for appreciation; or of victim because of a wish to be cared for’ (p. 229). He might have added, with the Benedictine Laurence Freeman, that interiority is directed into the creative centre which is the presence of God - in us and no less in others. There is no spiritual life without the commitment to service and to love.

It is fair to note two reservations about an admirable and helpful book. While never disparaging that form of love which is the search for justice, Daniels consistently represents growth in love in one particular mode. He lists ‘the four stages of really loving our neighbour’: (1) immersing oneself in silence; (2) receiving God’s love; (3) doing everything gently, leading to; (4) spontaneous expressions of love (p. 379). The neighbour, certainly, is never ignored. However, he does not discuss the contrary movement, no less authentic, in which the search for justice, service, the love of neighbour, becomes the dynamic that leads us back to a sense of God who is the source of all just action.

Second, one often attractive characteristic of the book is its hybrid character. It represents Daniels’s life’s reflection while also being a kind of commonplace book, drawing on very a broad range of sources – religious, literary, psychological. These quotations, though, can be distractingly diverse and profuse. In three pages (238-40) the following are cited: D. H. Lawrence, Matthew Arnold, Archbishop Michael Ramsey, Tennyson, Lorenzo Scupoli’s The Spiritual Combat, La Fontaine’s Fables, all interspersed with frequent references to scripture.  This clutter, not untypical, can undermine the simplicity, focus and restraint that the book everywhere proposes to us. Occasionally out-of-context quotations are disconcerting. Daniels quotes the famous letter of Lord Chesterfield to his son: ‘You should be a good economist of your moments’ (p. 333). But this sentence summarises Chesterfield’s instruction on how his son can build a fortune, and cites King George I: ‘Take care of the pence and the pounds will take care of themselves’ – hardly a safe spiritual maxim or one congenial to Robin Daniels.

Nevertheless, this is a book to treasure and return to.  Daniels is a wise guide: wise in identifying the social causes of stress and offering ways in which we can patiently address those causes in our own lives. He is wise on the need for stillness; for that detachment which is ‘non-striving, non-forcing, non-interfering, involved non-attachment’; above all, wise in never using psychology as an escape from social responsibility or from the spiritual search, from opening our lives to God as the source of our consciousness and action.

The reviewer, Frank Turner SJ, is Delegate for the Intellectual Apostolate of the Jesuits in Britain.