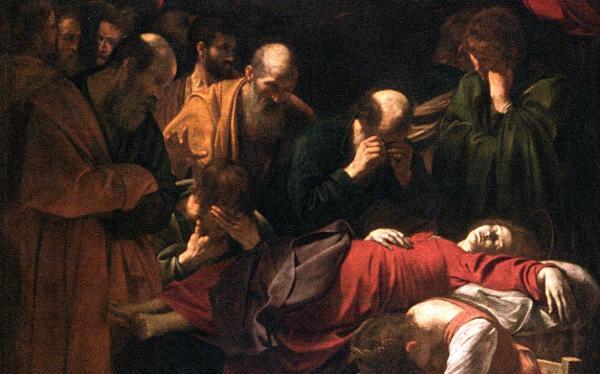 On 15 August we celebrate the Feast of the Assumption of Our Lady. Dr Sarah Jane Boss, Director of the Centre for Marian Studies at the University of Roehampton, looks at the history of this great Marian feast that ‘honours the whole human person, body and soul’.

For many centuries, the Feast of the Assumption was celebrated in the Catholic Church without any formal definition of the doctrine. In most places, it was the principal feast of the Blessed Virgin Mary and it is the patronal festival of many of Europe’s great Marian cathedrals, such as Notre Dame de Paris. But that Mary ‘was assumed, body and soul, into heavenly glory’, was made an official teaching of the Catholic Church in 1950, when Pope Pius XII promulgated the Bull Munificentissimus Deus. Many people believe that he was motivated to do this by the horrors of the Second World War, in which so many human bodies were tortured and desecrated. The doctrine proclaims the precious nature of the human body, which, in a way we cannot yet understand, is destined for heavenly glory and deserves to be treated with the highest respect.

To the urban world of the early twenty-first century, the Feast of Our Lady’s Assumption may seem strange. It is a feast that honours the whole human person, body and soul; but, even though our society is obsessed with material objects, we often fail to notice the God-given dignity of our material bodies. The Assumption is also an invitation to celebrate the goodness and the joy that God promises us at the end of time, and in many parts of Europe the feast remains a major event. So let us look at some of the history of what should be a glorious celebration.

The earliest textual evidence for the Feast of the Assumption comes from the turn of the fifth and sixth centuries, although scholars think that these texts contain material from at least as far back as the third century. The early texts are known as Transitus narratives (that is, they relate the Virgin’s passing), and they contain quite wide variations in their detail, probably reflecting the fact that they arose out of different local customs. However, certain elements are constant. For example, the Virgin is told in advance – usually by an angel – that she is about to die, and the apostles are miraculously transported from around the world to be present at her bedside. Christ comes to receive her soul, which takes the form of a small child, and he takes the soul to heaven. Some time after the funeral and burial (most texts say three days after the death), the apostles see the body of the Mother of God being miraculously taken heavenwards. In the tradition that was spread in the Western Church, Mary’s body and soul are re-united in heaven. All these events are depicted frequently in the art of the medieval and renaissance periods, and can be readily recognised.

One of the most interesting aspects of the early texts is that Mary is presented very strongly as a teacher of the apostles. We are sometimes told that she had received teachings from Christ which she passed on to St John before she died. In other texts, from the Coptic and Ethiopic traditions, the apostles call her their teacher or mistress. It seems as though she has received teachings from Christ which will enable a smooth transition to heaven, and that those who follow her and receive these teachings will enjoy an initiation into heavenly matters, and will then pass to heaven at death.

At the same time, some of the early Transitus texts – notably, the Coptic ones (from Egypt) – make it clear that the liturgy of the Assumption is for an August harvest festival; indeed, the feast continued to be a harvest celebration in many places for many centuries. From earliest times, then, the celebration of the Assumption was concerned with both spiritual enlightenment and bodily sustenance. That Mary was assumed into heaven in her body and her soul reminds us that we are bound both to the earth, with the cycle of the seasons, and also to the realm of that which is spiritual and timeless. As we have become so detached from the land that sustains us, we have forgotten about our dependence upon the harvest and have largely lost the sense of the Assumption as a harvest festival, but the feast is still the day on which many communities bless their herbs, or bless the sea and its harvest.

For all its joy, however, the Assumption is a feast that arises out of human awareness of death. We are all made of the dust of the earth, and will rot in the ground or in ashes. At the same time, we all have the possibility of attaining eternal life. In the end, these are the truths that matter, and these are the truths that undergird the stories of Mary’s passing from this world to the next. It is often when people come to a deep realisation of their own mortality – when they see that death is an end which they cannot escape – that they turn to seek spiritual enlightenment. And in discovering the mystery of the cross and resurrection, they find that there is something truer and deeper even than death. What Christ accomplished as God and man is shared with all those who participate in his life; and Mary, as a woman who is solely human, reveals to us what this means. The traditional iconography of Mary’s Dormition – her ‘falling asleep’ – shows Christ taking her soul as a baby, and it thus mirrors images of the Virgin herself holding Christ as an infant. As he descended to Earth by her actions, so he now takes her to be with him in heaven. It was she who gave us the Word of God in his human birth, and it is she whose heavenly rebirth teaches the truth of what Christ’s divine humanity offers to each one of us.

Many people will be familiar with Caravaggio’s painting, ‘The Death of the Virgin’. When it was first painted for a private chapel in a Carmelite church in Rome, the Carmelites rejected the painting as unsuitable. It shows the Virgin not in the dignified death-bed posture associated with traditional representations of the Dormition, but lying dead on her back, with bare feet and swollen ankles. The apostles look on, and Mary Magdalene sits weeping between the viewer and the corpse. Some of the apostles are also weeping; but there is one who holds his hand up in a gesture that seems to show sudden recognition or realisation of something. For he has seen that, in this sorry state – in the death that comes to all of us – there is hope. This hope is not shown by an image of angels and Christ in human form, but only by a light that crosses the canvas and shines upon the belly of the Mother of God – on the body that bore God incarnate. This body, which is the body of a very ordinary woman, was chosen by God for his dwelling, and this body will not be left to the decay which, from the look of it, has already set in. We cannot properly articulate what the hope is that has been revealed to the apostles, but the viewer is invited to share the revelation. For because he became human from this woman, Christ promises all human beings, and all creation, a share in his glory.

Dr Sarah Jane Boss is Director of the Centre for Marian Studies at the University of Roehampton.

The Solemnity of the Mother of God