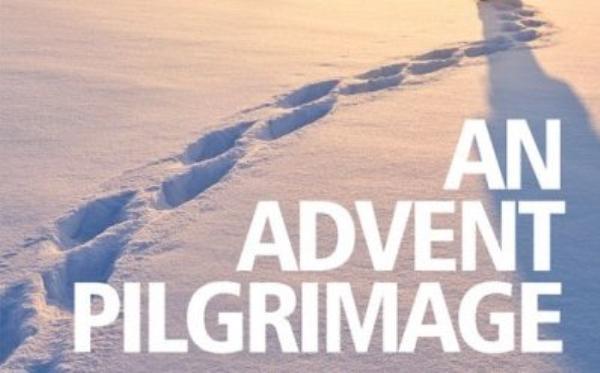 A new Advent book offers material for prayer for each day of the season based on its author’s experiences of and reflections on what it means to be a pilgrim.  Paul Nicholson SJ describes the approach to prayer that he hopes will lead his readers to ‘consolation’ as they join him on An Advent Pilgrimage.

It is possible that the British Prime Minister Harold Macmillan never said that his greatest fear in life was of ‘events, dear boy, events’. Maybe the American writer Elbert Hubbard didn’t think that life was made up of ‘one damn thing after another’. But these quotations each convey a basic attitude to life in general, the one world-weary and the other exasperated. Such overall attitudes or images will shape a person’s responses to much that happens to them. Once we know that Shakespeare’s Macbeth believes that life is no more than ‘a tale/ Told by an idiot, full of sound and fury,/ Signifying nothing’, his fate will come as little surprise.

Perhaps the most common Christian image of life, shaping the responses of those who try to live by it, is that of pilgrimage. A pilgrimage is a journey whose value is to be found as much (if not more) in the travelling itself and the experiences to which this gives rise, as in the destination. It is likely to be a journey with an explicitly spiritual dimension, whether this is thought of as connected with the ultimate goal of reaching a particular church or shrine, or with the awareness of God’s providence guiding the encounters the pilgrim has along the way. The urge to go on pilgrimage recurs throughout the centuries, and crosses boundaries of denomination and faith allegiance. John Bunyan’s Pilgrim’s Progress, the Islamic Hajj, and the three-yearly Hindu Kumbh Mela, said to be the largest religious gathering in the world, all bear witness to this.

Pilgrimage also plays a significant part in the Ignatian tradition. Ignatius of Loyola himself, not long after his conversion, set out on an arduous journey on foot to the Holy Land. He found this experience so beneficially transformative that he later prescribed something similar as one of the six foundational training ‘experiments’ for all candidates joining the Jesuit order that he established. They were to

‘spend [a] month in making a pilgrimage without money, but even in begging from door to door at appropriate times, for the love of God our Lord, in order to grow accustomed to discomfort in food and lodging. Thus too the candidate, through abandoning all the reliance which he could have in money or other created things, may with genuine faith and intense love place his reliance entirely in his Creator and Lord.’[i]

And since its revival in the 1970s, this same pilgrimage is expected of candidates to the Society of Jesus today.

My own experience of walking across northern Spain as a Jesuit novice in 1979, as well as that of sending present-day novices out in the same way during the last eight years which I have spent as novice-master, lie behind the new book I have written, An Advent Pilgrimage [ii]. Commissioned by Kevin Mayhew, it offers material for prayer for each day of the Advent season (and a couple of days beyond). Each day’s entry is made up of four sections. The first suggests a gift to ask God for. Ignatius believed that one of the engines driving prayer forward and giving it focus was an awareness of gifts and graces sought and received from God. Here I follow a pattern that he established in the mediations outlined in his most famous work, the Spiritual Exercises.

The second suggestion for prayer each day is a ‘reflection for the road’. The title for each day’s entry is derived from some aspect of the experience of pilgrimage – the need to seek shelter, the fear of rejection when begging, or the heightened appreciation of weather that life on the road brings, for instance. This reflection takes up the daily theme and aims to develop it in a way that relates it to the wider experience of Christian living. Thirdly, those using the book to guide their prayer are offered a short passage of relevant scripture. This is intentionally restricted to no more than a verse or two, so that the passage can be easily memorised and perhaps returned to at different times of the day, outside of formal prayer. The final part of each day’s entry is called ‘words for the journey’. This suggests a set prayer of a few lines, which can be used as it stands or adapted to the needs of the one praying.

Martin Sheen’s 2010 film, The Way was designed to show how the experience of pilgrimage – in this case, taking the long-established trail to Santiago de Compostela – can transform a life. One real value of the film was its sense of light-heartedness. It captured very well an awareness that the desired transformation was brought about as much through the jokes told by the pilgrims as they walked together, the food and wine they enjoyed, and the companionship they came to treasure, as by earnest prayers and striving. Ignatius believed that this light touch was a characteristic of the action of God; he called the awareness of it ‘consolation’, and used it to guide his own life’s journey. My hope is that those who might use An Advent Pilgrimage to guide their prayer during the weeks of Advent will be led into their own experience of that transforming consolation.

The extract below is taken for the prayer-material suggested for the Wednesday of the third week of Advent. Its starting-point is a common experience while making a pilgrimage on foot (at least for those without access to GPS technology!), that of reaching a crossroads and wondering which path to take.

Wednesday of the third week of Advent – Crossroads

A gift to ask God for

I ask for the gift of discernment in the choices that face me along the way.

A reflection for the road

No-one, I suspect, likes to think of their life-journey as wholly pre-determined, simply moving along fixed tram-lines until the destination long-ago chosen for them is reached. This is why cross-roads are important; a place to pause, consider your options, and then set out again on the path you have now freely chosen. But if cross-roads offer choice, they also offer the possibility of making a wrong choice. At a cross-roads, I need to be particularly confident of the direction I want to go in, the map that I’m using to guide me, or the advice that I’m offered.

One source of encouragement here is that we have an ability to learn from our mistakes. So it is worth giving prayerful consideration today to those turning-points in your own life where you were able to choose between various ways forward. Can you recall occasions when you now feel that you chose well? How did you go about choosing? Perhaps, as well, you can bring to mind times when you now consider that you chose badly. From where you are now, what do you think went wrong? What hindered you from making a better choice?

Few of our choices are definitive. Our faith holds that God has a great capacity for turning mistakes into experiences that can, in the long-run, benefit us. This is captured in the medieval idea of the felix culpa, ‘happy fault’. Even the sin of Adam and Eve, it suggests, expelling us from Paradise, became an occasion for God to send his Son to be Immanuel, God with us. Can you see times when God has used any of your own mistakes to bring a greater good into your own life or that of those around you?

Scripture to accompany you

In chapter 10 of Mark’s gospel, Jesus encounters a rich man who is searching for deeper meaning in his life. The man finds himself at a crossroads, uncertain of which way to go forward. As a result of their conversation, Jesus offers him the possibility of becoming a disciple, but also spells out something of what that will cost. He doesn’t pressurise the man, the choice is to be his and his alone.

In reading this passage, we tend to jump to the end, where the man rejects Jesus’s invitation because it means relinquishing his wealth. As a result, we are told, he goes away sadly. But I suggest that in prayer today you stay at the crossroads itself, the moment when the man first hears the invitation, and is pondering how to respond. At this point, Mark offers a significant detail:

What does it feel like to experience Jesus’s steady look of love at you as you consider decisions that may face you?

Words for the journey

Lord of the cross-roads,

my life can seem full of choices, large and small.

Help me always to make those decisions

that will lead me, and others, in your direction.

Paul Nicholson SJ is Director of Novices for the North West Europe Provinces of the Society of Jesus and Editor of The Way.

An Advent Pilgrimage by Paul Nicholson SJ is published by Kevin Mayhew and is available to purchase from the publisher’s website: http://www.kevinmayhew.com/an-advent-pilgrimage.html

Advent Examen: 3. The story of my life