Skip to main content
Photo by Aron Visuals on Unsplash 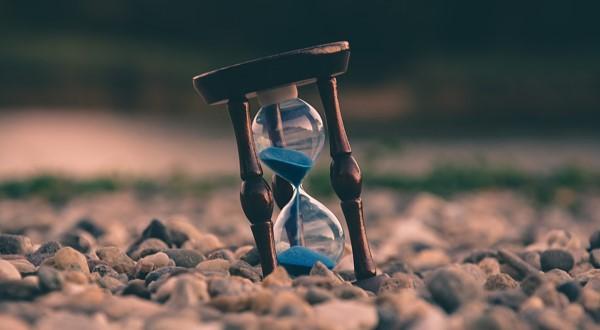 The Catholic Bishops’ Conference of England and Wales have dedicated 2020 to be a year of focus on the Bible and ‘The God Who Speaks’. The prologue from John’s Gospel is read on Christmas day and famously speaks about ‘the Word’, and so we will be using these weeks of Advent, which begin the Year of the Word, to prepare to hear John’s familiar text in a new way. How do the scriptures for the Sundays of Advent invite us to a deeper engagement with what John will tell us about ‘the Word’ on Christmas day? For the first Sunday of Advent, Brian McClorry SJ draws us into the mystery of time as we consider what it means for the Word to be – or have been – ‘in the beginning’.

On Christmas day, the gospel for Mass is the prologue to John’s Gospel. As Advent leans us towards Christmas, it may be good to pause over John’s opening words as a kind of remote preparation: ‘In the beginning was the Word’.[i]

In contrast to John, Mark’s Gospel opens with: ‘The beginning of the gospel about Jesus’[ii]. This sounds like the start of a narrative in which events happen within time. John’s opening, however, is unqualified. Nothing (ironically, we might say) happens. It’s a beginning innocent of proper names and actions. No doubt John (and Mark) reflect the opening words of Genesis: ‘In the beginning God created heaven and earth.’[iii] Genesis, however, like Mark, starts with something happening, with God creating. The opening words of Genesis, so stylised and hieratic, are already a narrative. John’s ‘beginning’ is narrative-free, as well as mysterious, inviting and connective. There is an arresting concision that encourages us to stop and wonder – indeed, to wonder about wonder: ‘In the beginning’?

‘The Word’, which was (or is?) in the beginning, has often been said to resonate with some well-known scripture themes and concerns of John’s time and place, notably reason and wisdom. ‘The Word’ also invites, provokes and evokes thoughts and feelings about language, imagination and understanding. We might well be startled to hear of ‘the Word’, in the singular, if we are looking for words, for some sequence or series, or a hint of evolution – or expect there to be narrative or poetry. Maybe we have stumbled across an obscure treatise? John, however, lets us wait for what might become hymn or poetry. He starts by taking us behind these concerns to the Word, which was (or is?) ‘in the beginning’; to the Word, which at present is narrative-free. Later John gives us extraordinary narratives which are set in ‘time’. But his unqualified phrase about the Word ‘in the beginning’ does raise questions about time.

The crumbling of time

Narratives, or the rather friendlier ‘stories’, certainly depend on time: ‘Once upon a time…’ Time, however, is very difficult to pin down. John’s beginning seems the obverse of the situation described by a theoretical physicist, Carlo Rovelli, from the Centre de Physique Théorique in Marseille. At the most elemental level of the cosmos, time does not figure in the equations. There are events, relations between events, processes – complex vibrations in a quantum field. But time makes no appearance. There is, in Rovelli’s memorable phrase, ‘a crumbling of time’. Nevertheless time does emerge, and does so largely through the advent of human consciousness. Rovelli ironically says that his account of time’s advent is the most difficult part of his account. Our ordinary daily experience involves being in and of the world and it comes from within. Time emerges from our perspective – a reality physicists need not forget. Here, as elsewhere, ‘objective’ and ‘subjective’ need to learn how to sit at ease together.[iv]

So the ‘crumbling of time’ is not a loss of certainty, or the threatened collapse of reality, but the precursor and basis of a world where discovery beckons, horizons widen, and paradigms are shifted. The emergence of time, of consciousness is not straightforward or uniform. The scriptures do have a wide, strong and persistent sense of what is inner: ‘O Lord you search me and you know me…’.[v] Nonetheless, many passages do not register like this – they are innocent of what things were like for people, or what they thought and felt about them. Once more objective and subjective need to set up house together. We certainly know that exclusively extrinsic biographies or (especially) autobiographies do not really work – they will not wash. Even so, at times we keep our inner and outer lives at an untroubling distance, to the detriment of both. Perhaps the readings for this first Sunday of Advent invite us to hold such inner and outer narratives in dialectic and to see what emerges. Isaiah and Matthew tell us about big, outer events that will happen to entire peoples ‘in the final days’[vi], at ‘an hour you do not expect’[vii]; whereas St Paul talks about personal behaviour, at this very moment.[viii]

John Barton suggests that one characteristic of narrative in the Old Testament (sometimes called the Tanakh, or simply the Hebrew Bible) is the ‘saga style’.[ix] Named after the Icelandic sagas, it is ‘a plain laconic style in which hardly anything is said about the emotions or the appearance of the characters, and we are left to make our own deductions about what is going on beneath the surface…’ The ‘saga style’ is different from the many other styles of writing in the Old Testament – the prophetic, poetic or wisdom writings for example. But the saga style does give, or provide, or even demand space for wondering about the ‘inner’ and ‘outer’ lives that make up the one life we live. We might ask, for example, of our first reading from Isaiah: what do the inner lives of warriors who turn swords into ploughshares look like? How does the conversion of an entire people play out in one person’s life? The saga style begs for a more revealing unity between objective and subjective. Other Old Testament styles do provide this. And John’s prologue also brings us to the cusp of such a gift – a reality which is recognisable in ordinary experience. If our lives are too much saga style, perhaps we need some reconstitution.

On a walk, the speaker of a poem by R.S. Thomas enters a moor ‘on soft foot’, says ‘no prayers’, but finds ‘praise enough’. He walks on, he says,

Simple and poor, while the air crumbled And broke on me generously as bread.[x]

More is happening here than a moorland walk. The ‘crumbling of time’ brought Rovelli on a journey tracing the emergence of time. Thomas’s careful walk finds a ‘crumbling’ not so much of time but of space – air – which widens into a sense of expectation, generosity … and Eucharist. ‘In the beginning was the Word’ is laconically graceful, perhaps an easier grace than the saga style, but like the sagas it provides an inviting space for discovery. If we pause over John’s ‘in the beginning’, we are on the edge of a new narrative, and ‘the Word’ evokes a mood of promise about the narrative, something fresh which is also well rooted – it is truly a momentum word. Perhaps, as we start to hear John’s prologue, we are waiting for something as generous as bread. Yet the readings for this first Sunday of Advent leave the question of the length of our waiting open, perhaps even unanswerable. Paul advises the Romans that they ‘know the time’, and locates the day of salvation firmly in the dimension of time; but the gospel emphasises our uncertainty about time, and exhorts us to a permanent (or is it timeless?) readiness.

John’s prologue will no doubt be heard by people sitting in chairs or pews in churches and chapels around the country come Christmas day, in a variety of attitudes from polite boredom to consuming expectation. In a poem by Seamus Heaney there is a ‘you’ who sits on the basalt ‘throne’, which is ‘the wishing chair’ at the Giant’s Causeway on the northeast coast of Northern Ireland. Our deepest desires and yearnings are perhaps even more than ‘wishes’, which matter anyway. The poem ends not with the Word, but with ‘kelp’,

And ozone freshening your outlook Beyond the range you thought you’d settled for.[xi]

Perhaps ‘In the beginning was the Word…’ is the kelp and ozone that begins to give that fresh imagination, which takes us generously beyond what we thought we’d settled for, whenever and wherever we sit or walk.

Brian B. McClorry SJ is a member of the Corpus Christi Jesuit Community in Boscombe.

To find out more about The God Who Speaks, visit godwhospeaks.uk

[iv] Carlo Rovelli, The Order of Time (Allen Lane, 2018) – see my short review for Thinking Faith. Other relevant works by Rovelli are: Seven Brief Lessons in Physics (Penguin, 2014), and Reality is Not What It Seems: The Journey to Quantum Gravity (Allen Lane, 2016).