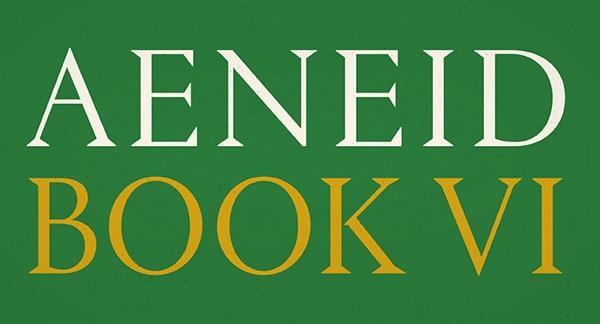 Tai-Shan Schierenberg’s portrait of Seamus Heaney hangs in the National Portrait Gallery in London. Heaney’s eyes seem half-closed, looking at his inner world and the landscape around him – both at once. This worked-at gift of looking both ways fits Heaney’s translation, published this year, of Virgil’s Aeneid Book VI. Certainly the translation reads and sounds well. Virgil’s Latin holds together (rhythms, diction, connections, the vowels at play) and so did Heaney’s English in Sir Ian McKellen’s splendid reading of Book VI on Radio 4. The language is hefty – ‘the congregating dark’ (l. 451) has a different presence than the good prose of a ‘dark shadow’,[i] and ‘scringe’ (worth a Google) is excellent: ‘the fling and scringe and drag of iron chains’ (ll. 755-6).

Aeneid Book VI is about a journey into the underworld, the land of the dead. What the poetry contends with is the strangeness of origins (memory and tradition), life in the underworld, and elusive questions of truth and reality, falsity and miasma. These topics make up the following ‘take’ on the translation or, rather, on the impetus to translate and what kept that labour alive.

The translation, we are told in Heaney’s ‘Translator’s Note’, was in effect ‘classics homework’ done to honour his Latin teacher, Father Michael McGlinchey, who complained that Book IX rather than Book VI was the chosen set book in the 1957 A Level syllabus. But Virgil echoed throughout Heaney’s life and Latin always mattered.[ii] When his father died in 1986, Book VI took on a further sharp significance, since it told of Aeneas’s journey to the underworld to meet the shade of his father, Anchises.

Heaney’s 1991 collection Seeing Things is finely bracketed: the first poem translates the section about the ‘golden bough’ (a passport for entry into the land of the dead) in Book VI, though in a style different from the 2016 version; the last poem in that collection, not from Virgil but from Dante’s Inferno, is also about crossing into the underworld. There, ‘All those who die under the wrath of God’, we are enigmatically told,

...are eager to go across the riverBecause Divine Justice goads them with its spurSo that their fear is turned into desire.

However, the impulse to translate all of Book VI came out of writing ‘Route 110’, a sequence of twelve poems in Heaney’s last collection, The Human Chain, published in 2010, which interweaves events in Heaney’s life with lives in Book VI. There is ‘a used copy of Aeneid VI’ carried away in ‘a deckle-edged brown paper bag’; the bus inspector for route 110 meets Virgil’s ferryman Charon; Aeneas’s memorials and sacrifices encounter an Irish Wake; the battle casualties of Aeneas’s wars fuse with deaths in Northern Ireland during the Troubles, ‘Venus’ doves’ become ‘McNicholl’s pigeons’. And so on.

The land of the dead

Aeneas’s journey into the land of the dead has varied contemporary traction. There is a delightful freeing of the population of that territory in Philip Pullman’s The Amber Spyglass (2001), the last in the His Dark Materials trilogy. Here people do not return to our world, or suffer the bliss or terror of Virgil’s underworld. They are freed and dissolve into the constituents of the universe – perhaps there is some similarity here with Karl Rahner’s idea of resurrection though, unlike Rahner, there is no sense of Christ. Of course there is Christ’s descent into ‘hell’ (Hades or Sheol, with perhaps an afterglow from Gehenna). The medieval English equivalent was ‘the harrowing of hell’, a fine, hopeful agrarian metaphor connected with ploughing. Christ’s descent into hell, along with the ‘Communion of Saints’ and the ‘resurrection of the body’, is still in regular use in the Apostles’ (though not the Nicene) Creed. Here Christ is indeed the saviour of all and at one with all. Pullman’s journey is deliverance of the shades from a confined half-life; in the Apostles’ Creed, death leads into the wide mystery of resurrection of the body. These journeys raise inviting questions, but two events, two crossings, in Book VI have special importance for Heaney.

The River Styx is the entry after death to the underworld proper and is crossed in a barge if the ferryman will take you:

The ferryman is Charon. The ones on board his craftAre the buried. Not until their bones have found a lastResting place will shades be let acrossThose gurgling currents, their doom instead to wanderAnd haunt about the banks for a hundred years.Then and then only are they again allowedTo approach the brink and waters that they long for.

Apparently only the buried are ferried. This may be taken not as an arbitrary requirement but an encouragement to value people’s lives and mark their death as an integral part of this valuing. This is to be a communal honouring of the life, deeds and death of a person. Much the same could be said of Virgil’s sacrifices, typically of bulls. Memory (held by burial, memorials and sacrifices) plays a part, and is part and parcel of translating all of Book VI. It is this rather than that act of the poet. The impetus to translate Book VI is different from the energy needed to write ‘Route 110’.

However, there is another river, the Lethe. Although some are ‘.........given the freedom/ Of Broad Elysium, the few, that is, who’ll dwell/ In those blesséd fields until the end of time’, not all are so fortunate:

.......... The rest, when they have trodTime’s mill for a thousand years, the god commandsWave upon wave into the Lethe river, so at that stageTheir memory is effaced...

Heaney may favour of the Styx, but not the Lethe. Memory, which holds creativity and hope, gives events a wider context. The title of a very different work, John Buchan’s autobiography, is enigmatic, hopeful and evocative: Memory Hold the Door.  No doubt memory can play us false, so what counts as ‘real’ matters in Book VI and, as in ordinary life, needs to be sifted.

The underside of leaves

When Aeneas asks the Sybil for help, he is apprehensive about the shape her response might take:

Yet one thing I ask of you: not to inscribeYour visions on the leavesIn case they go frolicking offIn the wind. Chant them yourself, I beseech you’ (ll. 107-110)

Indeed, ‘truths and enigmas are twined’ (l. 142). Later we are told of an old elm tree, where ‘False dreams come to roost, clinging together/On the undersides of the leaves…’ (ll. 378-379). Eventually Aeneas does meet his father, Anchises, who speaks wonderfully, but is of course a shade:

Three times he tried to reach arms round that neck,Three times the form, reached for in vain, escapedLike a breeze between his hands, a dream on wings.  (ll. 942-944)

That Anchises is agonisingly the same and not the same, so Book VI ends on a sharp and questioning note. After going through a roll call of the imperial heroes of glorious Rome, a tedious affair as Heaney points out in the introduction, Anchises tells his son Aeneas:

There are two gates of sleep, one of which, they sayIs made of horn and offers easy passageTo true visions; the other has a luminous, denseIvory sheen, but through it, to the sky above,The spirits of the dead send up false dreams.Anchises, still guiding and discoursing,Escorts his son and the Sibyl on their wayAnd lets them both out by the ivory gate.  (ll. 1212 – 1219)

Aeneas then sails off to Caietae, where the ships moor, ‘sterns cushioned on sand’ (l. 1222), But Book VI concludes with a satisfying and crafted dig at Rome’s imperial certitudes – moving through gates of ivory not horn.

In Seeing Things, the poem‘1.1.87’, refers to New Year’s Day the year after Heaney’s father died: ‘Dangerous pavements./ But I face the ice this year/ With my father’s stick.’

Strength gathers here, but something different happens in the meeting of narratives, of stories – Heaney’s own and those of Virgil’s text. This encounter is similar to some Christian traditions of prayer, for example Lectio Divina and Ignatian imaginative contemplation. Certainly Heaney’s preparation for poetry readings of his own verse involves something like ‘day dreaming’ or ‘meditation’.[iii] This is perhaps so in Human Chain where ‘Route 110’ is written in thanksgiving for the birth of Heaney’s first granddaughter, ‘Whose long wait on the shaded bank has ended’. No doubt ‘shaded’ and Virgil’s ‘shades’ play off each other. This thanksgiving seems to foreshadow Book VI, which itself seems to be a complete thanksgiving memorial. Heaney’s journey through Virgil was more than worthwhile. It was both translation and a thanksgiving construct of some size, a celebration.

Christian Lives Given to the Study of Islam

‘A dayspring to the dimness of us’