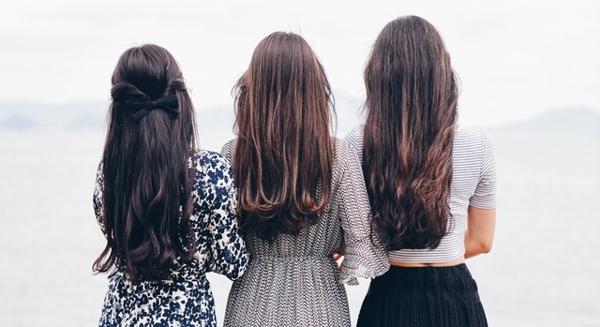 Sr Teresa White offers an Advent-inspired reflection on the mystery of hope, as it is articulated in the words of the French poet, Charles Péguy. What makes hope the most surprising of the three theological virtues?

During the weeks of Advent, the words ‘as we wait in joyful hope for the coming of our Saviour Jesus Christ’ take on a special significance. The hopeful nature of the season brings to my mind Charles Péguy’s beautiful poem, ‘Le Porche du Mystère de la Deuxième Vertu’ (commonly translated as ‘The Portal of the Mystery of Hope’), a song in honour of hope. Written in free verse, it is a psalm which the poet sings as he contemplates what he calls ‘the mystery’ of the second theological virtue. In it, he offers a theology of hope in non-theological language, choosing instead the symbolic language of poetry. It has been said of this poem that it demolishes Jansenism, with its rigorous emphasis on human depravity, its severity and pessimism and uncompromising austerity, and opens up the path to true evangelical joy.

Péguy wrote the poem in 1911, when the shadows of World War I were gathering over Europe (a war which he believed would be ‘the war to end all wars’, and in which he was to die, fighting for general disarmament, in 1914 at the age of 41), in an atmosphere of increasing political and economic tension. (Charles de Gaulle, confronting the tragedies of another war, is reported to have said that ‘Le Porche’ was his favourite poem – given its subject, it is not difficult to see why.) It was also a time of anguish in the poet’s own life when deep personal suffering threatened to overwhelm him. Without philosophising, without moralising, uttering no warnings, offering no lightweight prescriptions, he proposes a radical therapy: hope. Like the biblical prophets, he discerns God’s presence in concrete human experiences. For him, hope flows from his reading of creation, where God speaks, transforming anguish into compassion, failure into creative abandonment, distress into tenderness. Péguy is God’s scribe, and God’s message is hope.

Naturally enough, the poet personifies hope, as he does faith and charity – though interestingly it is only in one very short section of the poem that he gives capital letters to the three names. All three characters are female, which is hardly surprising because la foi, l’espérance and la charité are feminine words in French. Péguy sees them as three sisters, walking together along the rough, stony road leading to salvation (‘le chemin raboteux du salut’), the road that goes on and on (‘la route interminable’). As they walk, faith is on one side, charity on the other, while in the middle is little hope, almost hidden in the skirts of her two older siblings. The poet cannot resist some vivid images. Faith, he says, is a cathedral, built on strong foundations, solid, ancient, venerable, lasting for centuries. Faith is a spouse, steadfast and upright, a married woman of unquestionable fidelity. Her demeanour is marked, as is fitting for such an important virtue, by a certain solemnity, by the gravitas and wisdom of a woman ‘d’un certain âge’. Charity, on the other hand, is a hospital, an alms house, and there she gathers up all the miseries of the world, there she welcomes the wounded, the sick, the sorrowful, the unwanted. Charity has unceasingly given of herself through all the centuries of human existence and always will. She is a mother, full of heart, compassionate, kind and gentle. Her eyes shine with loving concern, her hands are outstretched to help all those in need. She cannot do otherwise.

But what of hope? Péguy’s hope is a child, ‘une petite fille de rien du tout’, innocent, trusting, defenceless. She carries no heavy burdens, so she skips along between her two older sisters, carefree and joyful, and no one takes much notice of her. Every night she goes to bed, sleeps really well and gets up every morning, refreshed and renewed.

The poem opens with the voice of God saying that faith doesn’t surprise him in the least: ‘La foi, ça ne m’étonne pas./ Ҫa n’est pas étonnant’. Does not God shine forth in creation? There follows a ‘poem within the poem’, reminiscent of Psalm 104 and Francis of Assisi’s Canticle of the Creatures rolled into one. Articulated in Péguy’s inimitable voice, wistful and contemplative, its imagery carries the reader into rural France, still touched with the beauty of mediaeval Christianity and its traditional devotions. Is not God revealed in the universe? Is not God visible on the face of the earth, on the face of the waters, in the movement of the stars, in the wind which blows over land and sea, in mountains and valleys and forests and fields, in peoples and nations, in men and women? Do we not see God above all in children – in their innocent gaze, in the purity of their voices? Our eyes have only to look at creation, the poet says, and we will be carried effortlessly into the realm of faith. In order not to believe, not to have faith, he says, we would have to do violence to ourselves, we would have to cover our eyes and block our ears.

Charity, too, is unsurprising to God: ‘La charité,’ dit Dieu, ‘ça ne m’étonne pas.’ After all, if we are to love those close to us, we cannot avoid charity. And then we are surrounded by so many unfortunates, so many desolate, unhappy, hurting people that we would need to have hearts of stone not to respond to them, our brothers and sisters, in their need. How could we not desire to share our bread with those who are hungry? Would we not indeed take the very food out of our own mouths, our own daily bread, and give it willingly to any hungry children who cross our path? Surely it would be unnatural to do otherwise. We would have to cover our eyes not to see so many suffering people; we would have to block our ears not to desire to respond to so many cries of distress. According to God, charity is totally natural:  the human heart is full of it: it gushes out like a river in flood, and nothing and no one can stem its flow.

No, says God, faith and charity are not at all surprising. They are quite natural, they go without saying.

As Christianity advances through the ages, new generations of Christians draw strength from this trio of virtues that we call theological. Faith is the foundational one, and Paul tells us that charity – ‘always patient and kind, never jealous’ (1 Cor 13: 4) – is the greatest of the three. But hope, too, is essential; she too is a most precious spiritual gift. Péguy’s ‘petite fille de rien du tout’ is indispensable to the other two, for in reality it is she who enables them to carry on walking: ‘… en réalité c’est elle qui fait marcher les deux autres’, it is she who drags them along. Without her, they would be nothing. Hope humanises faith. She knows it is not easy, or even possible, for us to believe in God unceasingly and without ever doubting, knows it is impossible for us always to live up to the demands of the faith we profess. As she wakes up every morning, vulnerable but invincible, she sensitises us to notice the tiny glimmers of light in the thick darkness that so often envelops us; she reminds us that if our faith weakens and we lose sight of God on life’s journey, we can always rediscover his presence and walk with him again. As for charity, hope reveals that mutuality is its true fulfilment. For charity is not just giving, giving, giving to those in need; it is also receiving from them, valuing what they offer, and it is hope that prompts this recognition of the importance of a reciprocal exchange of gifts.

Isaiah, the prophet of Advent, also presents us with a Child to lead us, and on him the spirit of the Lord rests (11:1 -9). This Child possesses in abundance those virtues which Péguy has described: wisdom and insight, integrity and fidelity, mercy and compassion. Isaiah’s ‘little boy’ has much in common with Péguy’s hope: he plays over the cobra’s hole, puts his hand into the viper’s lair, and no harm comes to him; just as she, little hope, skips along with her sisters on the journey of life, facing into despair and misery but never losing heart. ‘The people that walked in darkness’, says Isaiah, ‘have seen a great light; on those who live in a land of deep shadow a light has shone’ (9:1). It is hope that walks in the gloom, unafraid, and lights up the darkness. As Pope Benedict XVI wrote in Spe Salvi, ‘The one who has hope lives differently; the one who has hope has been granted the gift of new life’ (§2). May hope indeed enable us to live differently this Advent, surrounded as we are by poor, suffering, homeless people, by turmoil and conflict and environmental degradation. And when Christmas comes, may she make our gladness greater and make our joy increase (cf. Is. 9: 2).