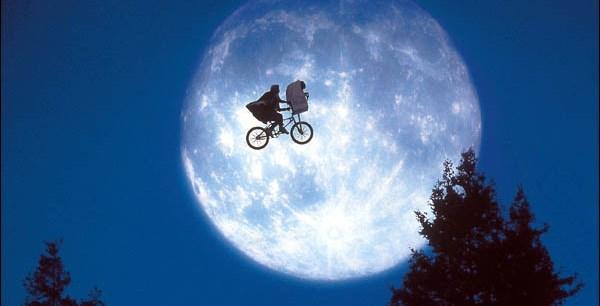 Blessed are those who hunger and thirst for righteousness, for they will be filled

Our next Beatitude on Film is found in a true classic: Steven Spielberg’s E.T. the Extra-Terrestrial.  Pardon the pun, but the way in which it speaks to the alienation that many children feel can help them to understand what it means to hunger and thirst for righteousness, says Tim Byron SJ.

This is a beautiful Beatitude for children, who are unsullied by the cynicism of the adult world.  Young people often have a great passion for fairness, and with this comes a finely-tuned radar for injustice. They can often be recipients of unfair criticism or punishment from overworked and stressed adults, which makes them more sensitive to other occurrences of unfair treatment. But it is remarkable to see how often a simple sorry is embraced by the young: they are quick to forgive and they respond generously to attempts to restore things to the way they should be.

That is what is at the heart of this Beatitude: a desire for people and things to be in right relationship with one another. In our fallen world, sadly, relationships are so often fractured. It is frustrating for children to learn this as they grow up, but we should be patient with them and do everything in our power to encourage them to retain their desire for fairness.

Director Steven Spielberg is famously sensitive to this struggle in the young heart.  When he was making The Goonies, he instructed the camera operators to shoot all the scenes holding the cameras at their hips, which allowed viewers to see things from a child’s perspective.  This may be Spielberg’s genius: he directs from his inner child and perhaps this is why the films he makes resonate so deeply with so many people. There is a lot to be learned from seeing things through a child’s eyes, because, of course, they are so often right! Adults are the ones who have become accustomed to the distance between the way things are and the way they should be: we have grown too comfortable with sin.

Spielberg’s 1982 film, E.T. the Extra-Terrestrial, was the highest grossing film of its decade and this timeless classic has so much to say to a new generation of children who are perhaps even more sensitive to tension in their families, schools and in the world around them than the original audience were. There is no effective watershed anymore; 24-hour-news and the internet introduce young people today to the darkness in the world in a sometimes-overwhelming way.  This unease about the world they are growing into – parents who are too busy, the horrors of cyber bullying, even the emptiness of consumerism – is the uncomfortable first step of a child’s recognition that ‘life isn’t fair’. What it amounts to is an experience of alienation, a questioning of their place in a world that they don’t really understand, even if they do not have the words to articulate it.

This theme of alienation is fundamental to E.T.  The human protagonist, a ten-year-old boy called Elliott whose parents are divorced (as were Spielberg’s), is struggling to make sense of the imperfect world he lives in.  And so when Elliott encounters E.T., who is detached from his own people and his own planet, the young boy sees his own thirst for right relationship mirrored in the alien botanist. E.T. desires to go home to a world that he understands, one which is free of division and greed; Elliott really wants much the same, for his own world to be free of these effects of sin with which he is becoming increasingly dissatisfied as he grows up.

But as Christians, we know that this healed world, a restored Eden for which we long, is only found in the figure of Christ, and there are ways in which E.T. can help us to understand this. Although the film was certainly not intended to be a Christian allegory, plenty of parallels to Christ’s story have been drawn by commentators over the years: E.T. makes his first home in a new world in a shed; he heals a wound with his touch; and he demonstrates authority over the natural world in that iconic scene in which he causes Elliott and his brother to fly high and free on their bikes over houses and trees. But no matter how much weight we lend to these similarities, E.T. is not a Christ-figure: he cannot be, and the reason for this is precisely why this film can speak so powerfully to young people about this Beatitude.

In the film, when our alien friend dies and is then miraculously restored to life, he tells Elliott that he must leave and return to his home ‘out there’.   E.T., in parting, promises Elliott that he will always be ‘in here’, indicating the boy's head and heart, and this might remind us of the promise of the Resurrected Christ – ‘I am with you always’. But although E.T. undergoes a quasi-Christological sequence of death, resurrection and ascension, E.T. was not a human being; Christ was.  Whatever we feel and think, Jesus has felt and thought.  Whenever we are frustrated that things are not right, Christ shares exactly that frustration. There is nothing ‘alien’ to Christ about our sense of alienation from the world-as-it-should-be and our desire to make things better. He is a companion to us in far deeper, more mysterious way than E.T. was a companion to Elliott because he came to our world in order that he could enter fully into our experience of it – to share in our dissatisfaction and suffering, in order that he might lead us out of it.

The truth that Christ overcame death and that He promised to remain with us until the end of time means that as Christians we have that precious commodity: a hope that goes beyond death. We cannot be separated from Christ, he is with us now and promises us eternal life in him – this is our fulfilment; but we have to keep on striving for righteousness, we need to keep on hungering and thirsting for justice and fairness.  That tension between our hope in eternal happiness with Christ and the demand on us to work for the good in the here and now is necessary: it allows us to have hope but calls us to get on with things right now, not just wait for Jesus to appear with a magic wand.  This Beatitude captures that tension: those who seek and work for fairness are doing God’s work, and in the fullness of time their longing for all things to be in right relationship will be satisfied.

And so our sense of alienation and dissatisfaction serves a purpose: we are blessed in our hunger for righteousness because it prompts us to act for good. Uncomfortable as it may be to learn that things are not right with the world, it is only through recognising this that we will be moved to act and to change things for the better; and it is only through our actions that things will be made better. In the words of the prayer of St Teresa of Avila:

Christ has no body but yours,

No hands, no feet on earth but yours,

Yours are the eyes with which he looks

Compassion on this world,

Yours are the feet with which he walks to do good,

Yours are the hands, with which he blesses all the world.

Yours are the eyes, you are his body.

We should encourage children, in watching this film, to recognise in it the struggles that both Elliott and E.T. undergo because they feel out of place in the world.  In doing so, they can learn to look for signs that other people around them feel similarly out of place: who is feeling alienated like E.T.?  Who is being bullied?  Who is lonely?  Who is feeling unloved?  When we see these people through Christ’s eyes and respond with Christ’s hands, we will be filled with the joy of life in Christ, just as he shared in the struggles of life as one of us.