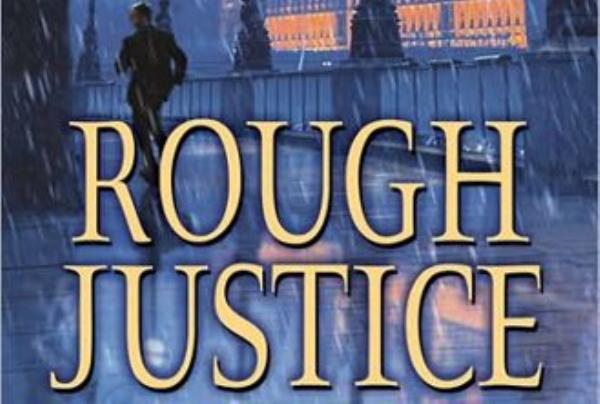 “Culture” is a topic that fascinates a particular kind of theologian, literary theorist or philosopher. The demise of a “common culture” can be regretted, the “commodification” of intangible artefacts may be resisted and then arguments can be posited that the rise of managerialism is some strange new form of surveillance that undermines the human spirit.

Meanwhile, and why all this may be true, millions of ordinary citizens pass through airports, book stores and newsagents and reach for the works of Bernard Cornwell, Colin Forbes, Frederick Forsyth, Tom Clancy, Dick Francis and Jack Higgins to name a few. This is the sector of the publishing market where larger companies make their real margins. This is the part of the printed word that retains popular affections. Higgins has been called the “master” and this, his latest offering, is certainly a pacey page turner worth the investment even in hardback.

However, our more august readers may be asking what strange thing is it that a reader finds in a work by Higgins?  Well, “escape” may be one as we are taken from the US President’s holiday hideaway to Downing Street, from rural Ireland to the Middle East. Perhaps also “rest” as the hours of absorption in a compelling narrative draw the reader into a world fully other than their own, forcing them to stay rooted to the reading spot as the plot twists and turns with endless fascination.

For regular readers there will also be a “familiarity” at play: The Jewish Superintendent Inspector Hannah Bernstein may have been murdered in Higgins’ last outing but here is the IRA-enforcer-turned-secret-agent, Sean Dillon, back for another tour of duty as a member of General Charles Ferguson’s “private army” charged with sorting out problems that no police – or other legal – security force can undertake by normal means. Assisted by the disabled war hero Major Charles Roper and a new Higgins character, Harry Miller MP,  they scour the planet for the identity of a mysterious fixer named “The Broker” whose links to Osama Bin Laden make him a threat of international proportions.

Higgins though is not a simple storyteller of Islamic-related tensions nor the narrator of an unreflectively pro-Western  epic such as Frederick Forsyth’s The Afghan. The purpose of terror, Lenin once said,  may be to terrorise but when peace comes it leaves idle hands in parts of Ireland, the Middle East and the former Soviet Union as well as the London underground and diaspora communities across the world.  These now disused “talents” are at risk of capture by criminal cash on the one hand, and those who would advance their “national security” interests by other means on the other.  In Rough Justice  President Putin is using “The Broker” for his own ends as much as Al Quaeda. Former Irish Republican soldiers are for hire to murder on any side while General Ferguson and his team, in passing, have to handle the threat of North Korea moving a shipload of plutonium to Syria while calling on the assistance of Israel’s Mossad.

But this may explain part of Higgins’ enduring success.  Rough Justice is sheer entertainment but in the process it informs the non-specialist reader by providing an insight into the sub-state level challenges we face today. As such the book will be the closest thing to a reader in security studies that many readers will encounter.  So, this is not Tom Clancy’s Hunt For Red October which was very much a novel of the Soviet period and dealt with a defecting submarine captain. It is, though, a novel that deals with radical Islam, the profitability of crime, the instability of state structures, the enduring aspirations of East Asian communism, the UK establishment and the reality that in each of these realms are to be found idealists, idealisers and the pathologically power-crazed. Perhaps even more convincingly it deals with the deep personal loyalties and antagonisms that have sustained old conflicts and which come back into play in new conflicts.

For all this, modern popular novels of this kind ought to come with a small health warning: While the immense military detail that Higgins provides adds to the excitement of the reader, every now and then a major slip reminds one that this is still clearly fiction and that the data presented must not in fact be treated as any kind of security briefing. While Harry Miller is hiding in a convent he masquerades as a seminarian. These catholic segments of the story are so full of little factual errors that one has to question the veracity of what seems to be deep research on the part of Higgins’ writing.  This may seem obvious but given the blurring of fact and opinion, detail and narrative in other forms of mainstream communication – along with their relative lack of attention to reflective analysis of international politics – it is conceivably worth noting all the same.

So, while Rough Justice may not be the perfect historical novel, or an ideal example of an attempt to resist individuation by cultural renewal, it inspires, it encourages, it teaches, it informs – and it confuses. As the identity of the Broker is revealed, though, the story comes to a moving end. A damn fine read with just enough of an opening in the narrative to have us looking forward with enthusiasm to the next one.